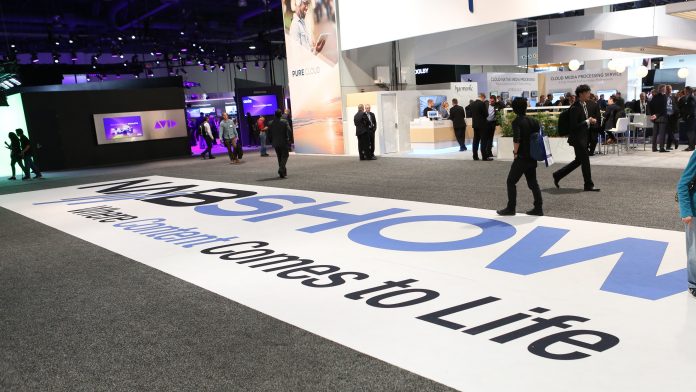 NAB 2018 is just days away and we here at Videomaker headquarters are eager to head down to Las Vegas to get our hands on all the new gear that will be on display. Since 1992, Videomaker has attended NAB not only to discover all that’s new to the video industry, but to also inform you about the announcements most relevant to your creative endeavors.

While we will be reporting on many innovative and intriguing devices and tech during this year’s NAB, there’s already been a number of noteworthy announcements prior to the show. Here are some highlights from what we know so far about this year’s NAB.

That’s right. Premiere Pro CC will now be able to automatically color correct clips based on a central reference image. If you notice that the colors of your clips vary in post, Adobe’s AI Sensei can adjust the clips’ colors and light values so they will look consistent relative to each other.

But that’s not all. Adobe has partnered with AMD to release a the new version of Premiere Pro CC with native support for the Radeon Pro SSG graphics card, making it better at processing 4K and 8K video files.[image:blog_post:69380]

We don’t know about you, but we sure are looking forward to seeing these improvement in action at NAB next week!

Canon will be showing of its first ever EOS Cinema full frame camera, the C700 FF.

Canon will be showcasing its milestone full frame cinema camera, the C700 FF. It features a 5.9K CMOS 17:9 sensor that supports Dual Pixel Autofocus and Super 35mm, Super 16mm and anamorphic modes for greater tonal range for colors. However, it does downsample to 10-bit DCI 4K internally and requires you to purchase an external recorded to shoot in 5.9K RAW.

Also, Canon revealed new 4K UHD lenses for Live Broadcasters that will be showing at NAB alongside the C700 FF. And we’re sure Canon won’t be the only brand showcasing exciting new camera offerings at the show.

Say hello to a faster Frame.io at NAB

Frame.io is getting a complete makeover, being reengineered for greater speed than ever before, “100X faster” according to the Frame.io team. The updates we can expect to see with the new Frame.io include faster speeds for the browser and uploader, smoother video playback (even for 4K videos) and range-based commenting.

HP just revealed that they’ve updated their entire line of ZBook PCs and they’ll be presenting them all at NAB. One of the most notable PCs from the announcement is the ZBook Studio x360 G5, which HP hails as the world’s most powerful convertible PC and which can be configured with 8th-gen, six-core Intel Xeon CPUs and NVIDIA’s Quadro P100 graphics. [image:blog_post:69379]

These are just a few of the many products and technologies that will be at NAB this year. We will be reporting on many more relevant releases and announcements as we learn about them. We look forward to bringing this year’s NAB and all of its excitement to all yours screens once again. Stay tuned!