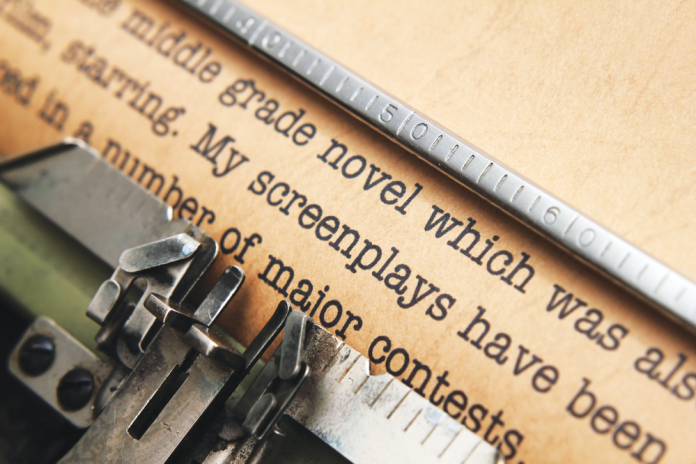 I don’t mean to rain on this parade before the first baton is twirled into the air, but you need to know that getting free money is a whole lot of work. As my grant writing independent study teacher informed me when I started my graduate thesis film, “It might be easier and quicker for you to meet your budget by flipping burgers at minimum wage than to get involved in raising money through grants.”

Show Me the Money

That said, lets assume you’re ready to commit the blood, sweat and tears … and long hours to fund your film with a well-formulated proposal. Your first step rests with the very question any filmmaker needs to answer about any project: Who is your audience? Not, in this case, the audience for your finished film but the audience who will read your proposal. Who are these people and why will they reach deep within their pockets to give you their hard earned, cold cash? Will they be family and friends, government, private foundations, corporations or nonprofit organizations? You could approach more than one of these sources for funding but the proposal you craft will most likely have to be uniquely re-tooled for each. For the purposes of this article, we will be more general in outlining a master plan but remember, you may need to alter your masterwork for each type of funder. 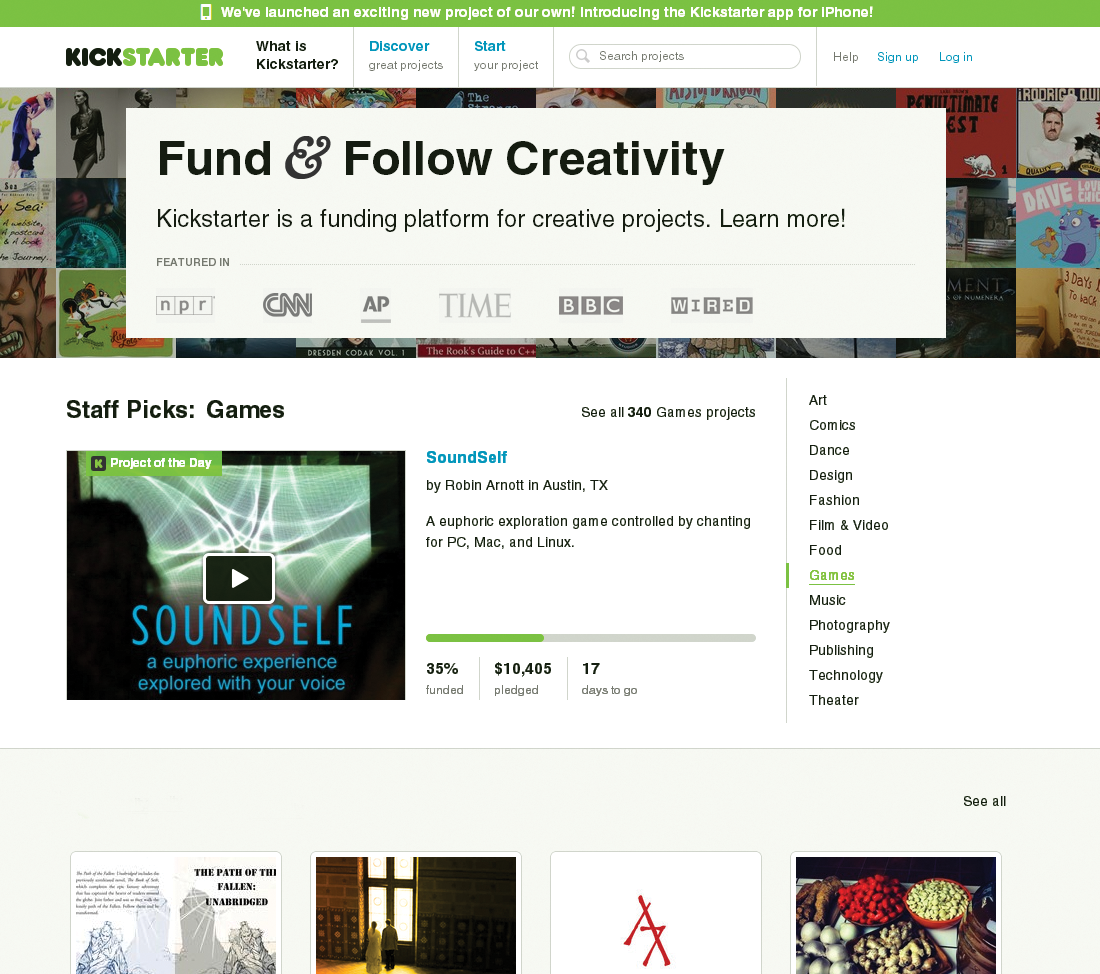 Once you have targeted your audience, you need to determine what it is they require of you. Think of it this way: What is in it for them? If you are planning a Kickstarter.com campaign, your mother may donate because she wants you to succeed … or, earn enough money to move out of the house. Craft that campaign according to that audience and what they want to see and hear. If you are a member of the Iroquois Nation and you are writing a proposal for a grant from the Indigenous Film Fellowship, it is likely that they will fund you because they want to see one of their own excel or tell the Iroquois history or culture to a wide audience. Craft accordingly. The National Endowment For the Arts has a whole other mission and their guidelines and motivations will be completely different. Know the foundation or funders mission. Will your message progress their efforts or be opposite of what they believe in. 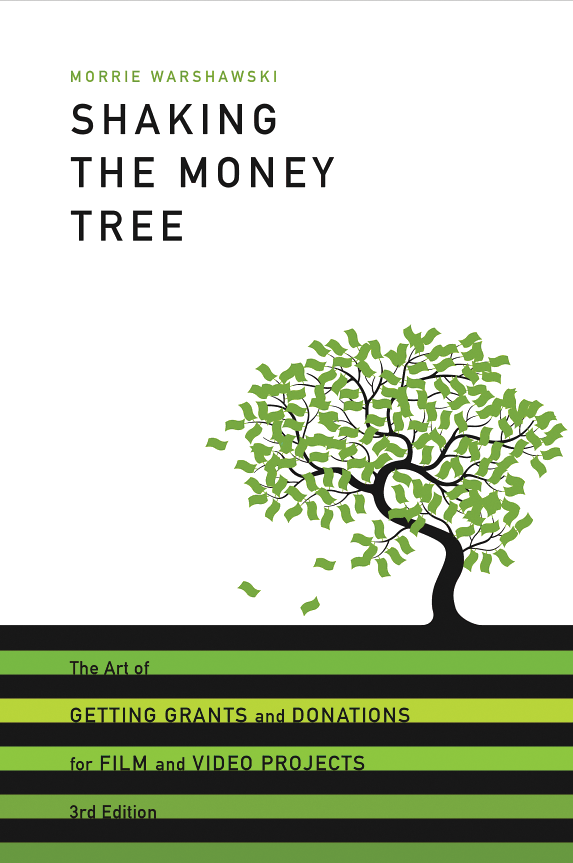 Color Within the Guidelines

Once you know who is most likely to fund your project and/or fund you, research what it is they want. Locating funding guidelines has never been easier thanks to the Internet. In most cases it’s as easy as downloading a PDF of their guidelines, application and other supporting material with a few clicks of the mouse. Follow guidelines and application instructions closely. There is such thing as being too creative and more is not necessarily better. Give them what they want. Be as simple and direct as possible.

Morrie Warshawski states, in what I consider to be the bible of raising money for film projects,

(3rd Edition), “… strike a balance between mind and heart, reason and passion.” Individuals may be impressed with an outpouring of emotion but this strategy in a proposal for a foundation may find your project eighty-sixed.

Many proposals are submitted online these days. If you are required to mail in a dead-tree version, keep it simple and professional. No fancy fonts in orange ink on blue paper. Use 12-point typeface utilizing a Times Roman, Garamond or Helvetica font with black ink on 8 ½-inch x 11-inch white paper. This will get your story across in a professional manner. Leave the creativity to your treatment (more on this soon).

To borrow once again from Warshawski’s Shaking the Money Tree, the table of contents for your proposal would be strong if it included all of these elements:

Warshawski breaks each of these headings down into detail in his book. The mere $16 price tag might just be one of your best fundraising investments. As they say, “You need to spend money to make money.”

Of the twenty plus above items, the treatment is one of the most important. This one element can make or break your request. This is not a place for explanation. This is where you paint your story in exquisite colors, sounds, dialog, etc. You want the reader to experience the project, not be told about it. The sights and sounds should be projected on the mind of the reader.

The treatment should be two pages or less so you have your work cut out for you. As the French mathematician and philosopher Blaise Pascal said, “If I had more time, I would have written a shorter letter.” Take the time to get this right. Have a couple of smart friends proofread it and take the time you need to perfect the treatment.

Your sample work – usually in the form of a demo reel or work in progress – should not only show your best product but it should also show subject mater relevant to the funder. More and more funders are expecting to see your demo reel online, snail mailed DVDs are the exception these days.

Instead of having your demo reel or sample live in the vast video sea known as YouTube (or better even, Vimeo), design a website for the video to live. It doesn’t have to be complicated; again, simpler is better. A single page with your video in the center, a picture of you and your contact information will do. My personal website is an example of that I mean: www.morganpaar.com

There are many tools to help the HTML illiterate amongst us to build a simple website. And you don’t necessarily need a degree in design, though it wouldn’t hurt. Blogger and WordPress are very popular tools to help you build an online presence. They are a bit more like a blog but the line between blogs and websites are blurring. Other programs such as Webs, Homestead, Google Sites and Yola are popular. I strongly suggest you keep it professional and spend the money to avoid advertisements on your site. Another bit of well-spent money is to acquire a unique URL name, usually your own name or the name of your production company.

If you do know design and HTML, or have a friend who does and owes you a favor, head right to the big guns with programs such as Adobe Dreamweaver or Microsoft Expression Studio 4 Web Professional.

Be realistic with your budget. If you are going to make a feature length period piece for $2,000, your funder is likely to notice that you don’t know what you’re doing. Does your budget include distribution and/or film festival costs? If not, how is your message going to get out to the masses? Funders are not interested in finished films that live in a filmmaker’s closet. Michael Wiese and Deke Simon’s Film & Video Budgets (2nd Edition) is the bible of line items and total tallies, a must for any producer.

All the work is finally done and its time to deliver. Don’t wait until the day before the proposal is due to overnight FedEx it five minutes before FedEx closes. Get it in well before the deadline. The final effort comes two weeks after shipping. If you have not heard from the organization, call the program officer and politely inquire if they have received the proposal and supporting material.

The Waiting is the Hardest Part

Don’t expect to be approved and opening a fat check within days. Three to six months seems to be the norm in order to see a positive return, if you beat out all the competition and win the grant. Most organizations that give money are like large ocean-going ships, they take time to turn. Your proposal may need to pass many sets of eyes and even multiple meetings before getting the required number of thumbs-up for approval.

And finally, you should be accepting of feedback, anywhe­re in the workflow of the grant writing process. In fact, I recommend you ask for it, whether you are accepted or rejected. After you have received your approval or denial, ask what the funders liked about your proposal and what they didn’t. This will enhance your second, third and 100th proposal efforts.

The Parade Must Go On

When you enjoy a parade in a small town or large city, you rarely think of all the planning, organizing and execution that went into producing that seemingly simple two-hour event. Many people spent many laborious hours in order for that parade to go on without a hitch. Producing a proposal to raise money is similar. The funder wants to know you are serious, you know what you are doing, you’re not afraid of the hard work and finally, that they will look the better or will have bettered society with their funding of your project. Proposal writing is not an easy road but it can be very fulfilling; and it could finance your dream.

Morgan Paar is the co-founder and a producer, cinematographer and editor for Nomadic Frames, a company specializing in international video production, travel video, and travel still photography. Paar is also a film professor in New York City.