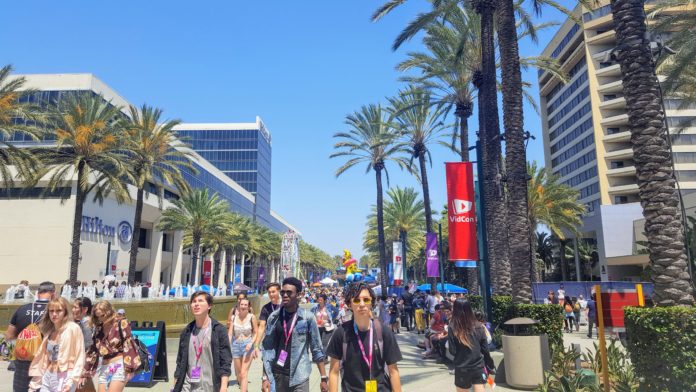 The scene at VidCon 2018 was vibrant in more way than one. Part fan convention, part learning resource and part networking opportunity, VidCon is the place to be for anyone interested in online video. Bright outfits and bright ideas flooded the halls last week at the Anaheim Convention Center as fans, creators and industry folk traded stories and insights.

This year’s convention brought in around 30,000 attendees for a packed schedule of panels and special events. Though attendance was about on par with the previous year’s, expansion into a recently completed section of the convention center made room for more Community Track events without infringing on the Creator Track programming. Additional panels and workshops at the Community level made for a more robust and valuable experience for online video fans in attendance. 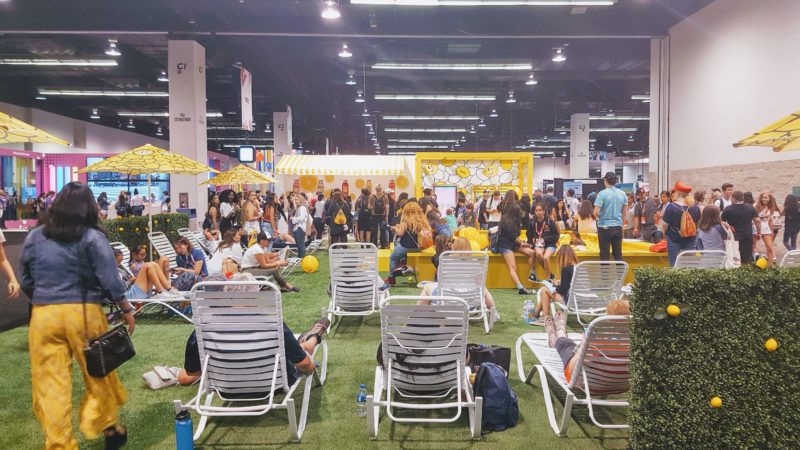 As in previous years, many panels focused on inclusion and respect while addressing specific challenges participants in the online video space often encounter. Highlights included the “Who Run The World?!” panel, featuring female executives from the industry’s leading entertainment, production and management companies and the #YouTubeBlack panel, which gave black creators an opportunity to discuss their platform success and how #YouTubeBlack has brought them all together.

Other panels on the Community Track featured titles like Not Your Token Asian friend and End Cyberbullying to go along with creator meetups and Q&A’s. Beyond panels, the Community Track expo hall was a chaotic jumble of candy-colored displays and photo opps, as well as a Nerf battlefield, Nickelodeon’s Double Dare obstacle course and Slime station and a huge inflatable maze dubbed the Beast — the world’s largest obstacle course. 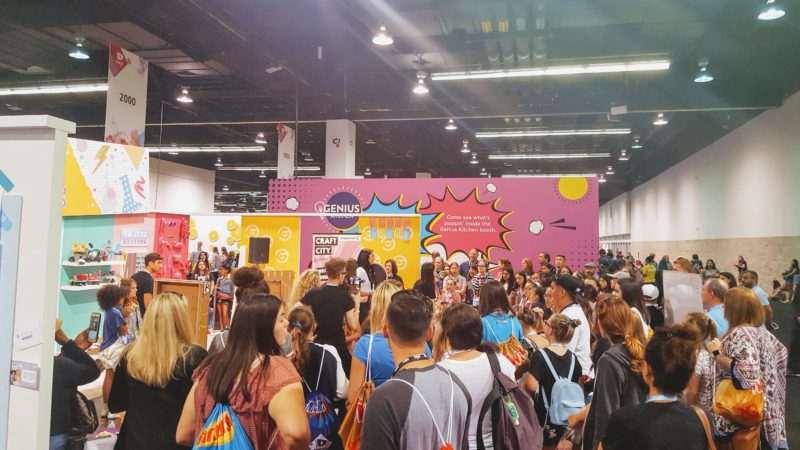 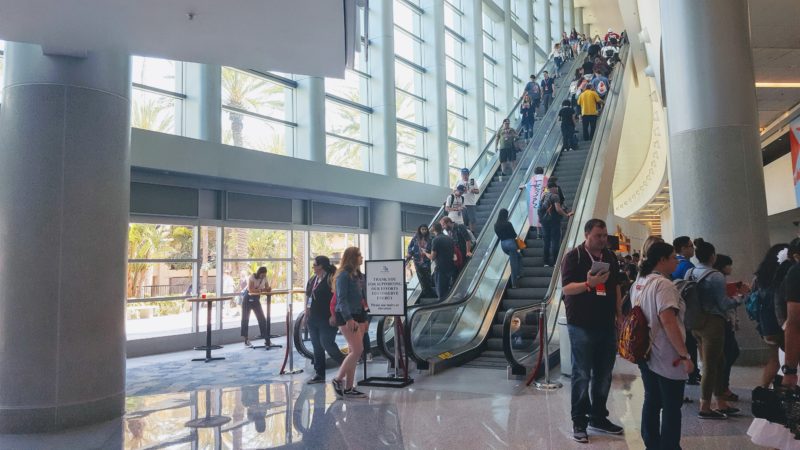 Companies like Røde, Joby, Canon, Adobe and more also took the opportunity to show off their latest releases to a new audience of aspiring video producers. Giveaways and raffles were not uncommon, either, judging by the crowds of eager participants frequently clogging up walkways.

The Creator Track highlighted production techniques and distribution best practices with panels like Script to Screen hosted by the creators behind CollegeHumor and How to Make Smart Stuff Entertaining with the Wisecrack team. Networking events and exclusive Creator lounges made it even easier to find new friends and collaborators.

In the Industry Track, the focus was on the business of online video with a big emphasis on building better influencer relationships and optimizing your videos to reach more people. Highlights included a presentation from creator MatPat on the Psychology of the Watch Journey. He argued that, as much as the algorithm control what shows up in the recommendation feed, there is still a human on the other side of the screen making decisions about what they want to click on and watch. 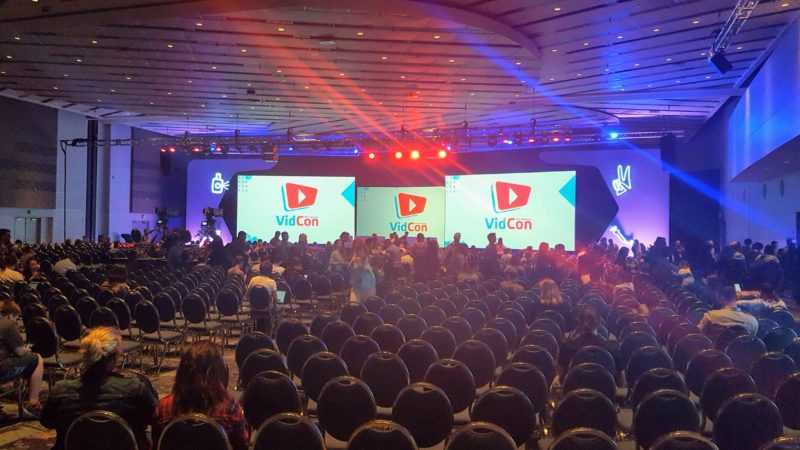 There was plenty to do outside on the plaza as well, with a dozen or more food trucks and special musical performances. Awesomenesstv and Invisalign partnered to create a special sequin trampoline photo booth and once again offered attendees a unique view of the convention with their Ferris Wheel. 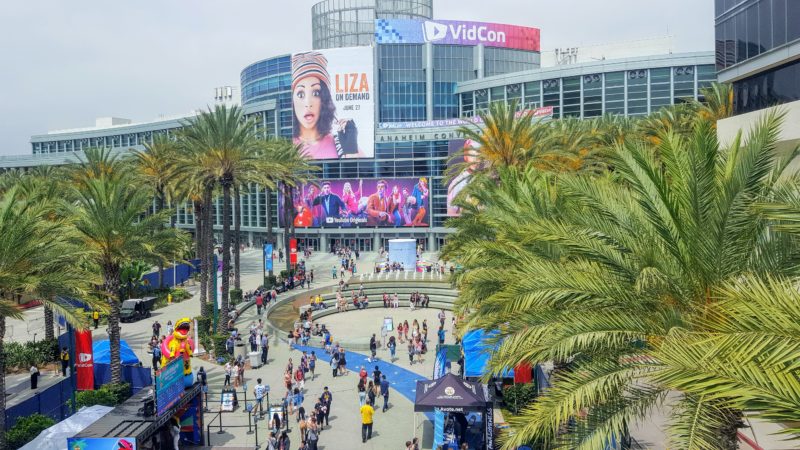 Events continued after the expo halls closed with special movie screenings, receptions and even a VidCon Poetry Open Mic put on by Ash Hardell.

All the big players in social media made appearances, as well, with Twitter sponsoring the main stage and Facebook hosting an activation on the floor in conjunction with the launch of new video hosting and monetization features for both Facebook and Instagram. Both companies also had a presence in Creator and Industry Track panels, as did Snapchat and Twitch — we expect Twitch to have a much larger presence in years to come as the live streaming space continues to develop beyond gaming content.

2017 was a rough year for online video, with many creators feeling the effects of YouTube’s Adpocalypse among other challenges, but the atmosphere at VidCon was one of hope and inspiration. Community and innovation were guiding principles for many of this year’s talks, emphasizing the importance of balancing business interests with social responsibility. 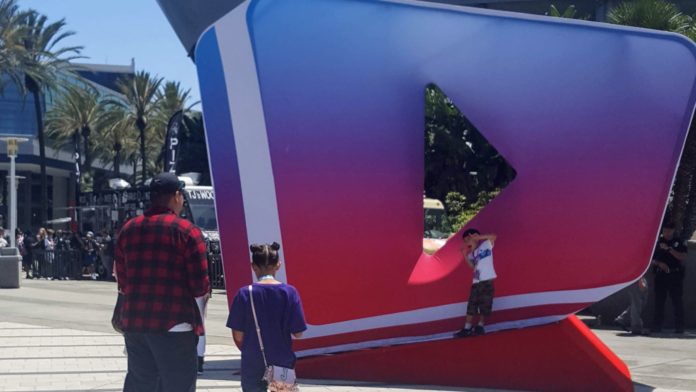 Hank Green pointed to the need for a realignment with the values in his Industry Track opening remarks on Thursday: “Online video is absolutely both a business and a culture, and the best business that gets done is when we consider humanity.”

Coming together in the same physical space makes that humanity that much easier to recognize. Until next year, VidCon!