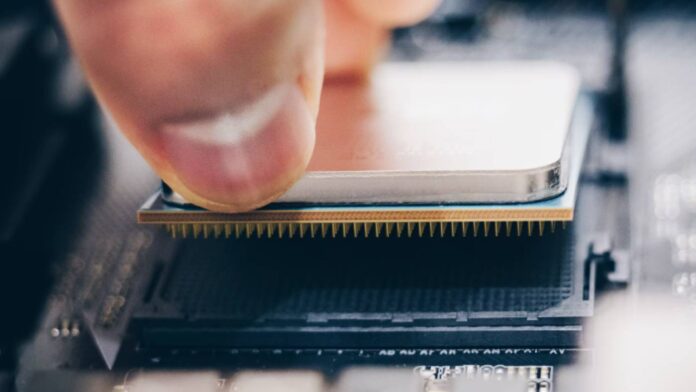 The new year promises to bring video editing and processing to a new level. There’s a lot to look forward to, from the upcoming AMD Ryzen Threadripper boasting 64 cores and 128 threads to new technologies from Intel, such as its Thread Director, which intelligently distributes workloads between cores. Video editors are in for a treat! However, these new options aren’t all one should look for when considering a CPU for video editing. In this article, we’ll discuss what to look for in CPUs, such as cores, threads and processing technology. We’ll also discuss what peripherals are needed to utilize what CPUs can provide.

First, let’s get this out of the way; the core count is not what you need for video editing.

Despite the incredible 64 core AMD Ryzen Threadripper coming out later this year, better CPUs are available for video editor professionals and amateurs that provide almost equal performance at a fraction of the cost. Cores are essential in video editing as they independently process all computations. Within each of these cores, there are “threads,” which are basically virtual cores. The speed of a CPU core (or “clock cycle,” which is measured in GHz) is how many operations a single core can complete per second. A CPU with a clock speed of 3.4 GHz executes 3.4 billion operations per second. Typically, if you have an 8 core CPU, you have 16 threads. If you have 16 cores, you have 32 threads, and so on. So why would a 16 core, 24 thread, 3.2GHz CPU give similar results as a 64 core, 128 thread, 3.9GHz CPU for video editing?

A lot depends on the NLE software (non-linear editing software) editors use. The peripherals the computer comes built with are also a factor. For instance, Adobe Premier Pro can efficiently utilize up to 24 cores (as seen in Puget Systems’ performance review). However, testing shows diminishing performance among 32 and 64 core CPUs. This is most likely due to software limitations and cannot be changed by the end-user. Adobe recently updated its Premier Pro software to use more CPU cores effectively. The update also uses the GPU far more than previous releases for encoding and decoding of H.264/HEVC media. Earlier versions of Adobe Premiere Pro used Intel’s Quick Sync as the only option to achieve hardware-accelerated encoding and decoding. Now editors don’t need to spend $4,000 on a huge multi-core CPU to reap the benefits of one.

AMD and Intel are battling for your gaming and video editing dollars. Therefore, end-users can take advantage of enhancements, new technologies and higher performance peripherals in their day-to-day computer builds. A strong motherboard that matches the front-side bus (FSB) CPU speed is a mandatory purchase to take full advantage of a new CPU. Think of the CPU as a water tank full of data. You have either a fire hose or a garden hose to extract that data. The FSB is that hose. Video editors will want to match CPU, motherboard, RAM and GPU to make the most effective video editing computer system.

Editing video taxes computer technologies to their fullest potential. Without the right components, video editing can cost you significant losses in time and effort. Consider rendering and exporting a video that utilizes almost all aspects of a computer. Processing video also depends on the effects, resolutions and codecs. Processing a 4K video vs. a 1080p video will have significant performance differences. A 4k video has four times the pixels as a 1080p video, so this could potentially slow the processing of the video. If you have the right number of cores, motherboard, RAM and a fast SSD, you shouldn’t expect a huge difference in processing times. Alternatively, processing an 8k video compared to a 1080p will provide some significant increases in processing times no matter what your setup — as 8k has four times as much information as 4k.

Historically, Intel had a foothold on being king of the mountain in video processing and high processing power utilization. Intel is also known for being dependable and accessible. However, AMD developed a significant group of processors geared toward knocking Intel off its pedestal. Gone are the days of AMD being a “close and cheaper alternative” to Intel. AMD put forward its best offerings to try and claim the top spot by being more affordable and providing better performance, as shown through its Threadripper processors.

However, Intel wasn’t sitting back and letting this happen without a fight. Intel’s new 12th Gen Intel Core processors contain more cores and threads than previous Intel CPUs and new technologies such as Thread Director, which directs data to either the performance core (P-core) for maximizing single-thread performance) or the efficient core (E-core) for multithreading).

“That’s all great, but what should I buy?”

Intel’s new 12th Gen CPU is built not only fast but with new technologies that greatly benefit video editing workflows. For Windows 11 users, the new Intel Thread Director is a game-changer for processing. Windows 10 can still use the Core i9-12900K but will not be able to take full advantage of the Thread Director technology. The Core i9-12900K is described a little differently than your typical CPU. It contains both P-cores and E-cores. For instance, the Core i9-12900K lists 8 P-cores and 8 E-cores providing 24 threads. This makes it a 16 core processor. The P-cores have a 3.2 GHz base clock speed and peak frequencies hitting up to 5.2 GHz with Turbo Boost Max 3.0. The E-cores have a 2.4 GHz base clock and reach up to 3.9 GHz via the standard Turbo Boost 2.0.

2022 already boasts many new options for video editors to take their processing to a new level. However, we have a feeling that we’re just seeing the tip of the iceberg. We’re looking forward to seeing what new CPUs 2022 will have in store for us!

New Products from Blackmagic Design in 2021

Everything you need to know about the Canon F/2.8L Dual Fisheye 3D VR Stereoscopic Lens