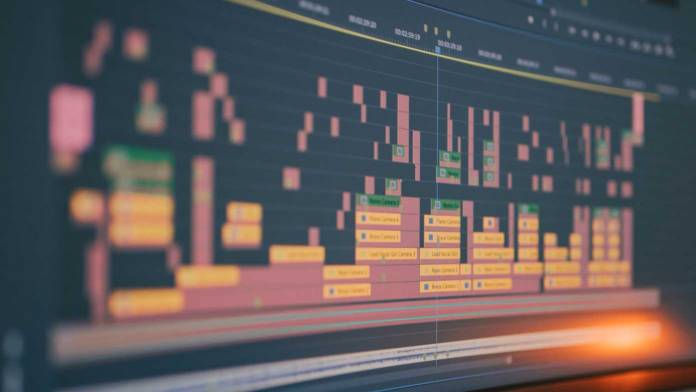 8K video is here today. With cameras from RED, Canon, Ikegami, Sony and others, and 8K TVs available now, it makes sense that many video content producers and filmmakers are taking a serious look at filming, editing and finishing in 8K. But the important question to be answered is, what kind of system is needed to handle this massive amount of data?

Keeping the computer up-to-date with the latest operating system, software updates, firmware and drivers will also help improve things. New updates to Final Cut Pro X, Premiere Pro and VEGAS Pro not only improve the software but can also help the NLEs take better advantage of hardware like GPU and accelerator cards, which can manage 8K video better.

Minimum system requirements for each NLE vary, and having a system that is above those requirements is more optional, as we will discuss below.

There are a few different formats of 8K video, including REDCODE RAW—R3D—XAVC-S, ProRes RAW 5, etc., but there are different options when shooting that can increase file size. That will affect how the system handles it, such as higher frame rates, level of compression and HDR.

Major NLEs like FCP X, Premiere Pro and VEGAS Pro can handle many of those formats natively. But, it comes down to the hardware specs of the computer, and if you’re editing in proxies or encoding to a different format.

When it comes to processing power and 8K video, in theory, the more the merrier. Editors can upgrade the newest Mac Pro to a 28-core, Intel Xeon W processor, and there are even 32-processor configurations in the aftermarket.

However, without a quality GPU, in many cases, it’ll be all for naught. By offloading the high intensity of decoding and debayering 8K to the GPU, it is possible to need a smaller number of processor cores, such as 6 and up. Ideally, 12-core processors and above would be best, including the latest from Intel—Core i6, i7, i9, Xeon, etc.—and AMD—Ryzen Threadripper, etc.

The GPU, or Graphics Processing Unit, is going to handle a lot of the heavy workload when editing and playing back 8K video. A quality GPU can help offload that work from the CPU, helping to smooth out playback, especially when adding effects and filters to the footage.

A quality GPU can help offload that work from the CPU, helping to smooth out playback, especially when adding effects and filters to the footage.

The newest NVIDIA RTX series and AMD Radeon graphics cards are designed to take on heavy tasks, such as editing and playback of 8K video. By offloading much of the work from the CPU to the GPU, playback of full-resolution 8K video can be obtained without any dropped frames, or very little. The right combination of hardware and software is key, so check for drivers and firmware updates.

Hardware accelerator cards can help take on even more of a workload from the CPU and GPU. AJA’s KONA 5 card and the new Apple Afterburner card, which is available for the new Mac Pro, can significantly help ease the burden of 8K editing and playback.

Do you need one of these cards if the system has a great GPU? Well, time is money, and these cards could be worthy additions if you’re delivering multiple projects on tight deadlines.

The right amount of computer memory is vital to editing any kind of video, and the old adage of more memory equals better performance still holds true. But with 8K video, technically speaking, a computer would need up to 1.5 TB of RAM to operate properly.

However, with the right combination of quality GPU and CPU—and potentially a hardware accelerator card, having a minimum of 16 GB of RAM will suffice, though 64 GB and higher will be better. Editors have been editing 8K video effortlessly in FCP X on the new 16-inch MacBook Pro with an 8-core Intel Core i9, 16 GB of RAM and an AMD Radeon Pro 5500M card with 4 GB of VRAM.

The bandwidth of 8K video, regardless of the format, is massive. In many cases, the resulting files range in size from 10 GB per minute to 20 GB per minute, but that’s if frame rate is set to 24p. Move to 60p, HDR and less compression, and the file sizes will be pushing the envelope even further.

To be on the safe side, it’s advisable to have a RAID system with 50 TB of available space. You read that right, 50 TB, which will be enough storage for 50 to 80 hours of 8K video, again depending on the frame rate, compression levels, etc. It’s very easy to accumulate that much video when shooting a narrative project, documentary or even multiple short-format videos.

It all comes down to pricing and what you can afford that will handle 8K video. A quality Windows laptop could cost $2,700 and above, while a 16-inch MacBook Pro starts at $2,800, both of which should have a quality graphics card, like the NVIDIA RTX series or AMD Radeon.

8K computer monitors are starting to come to market, and they also cost a pretty penny. Dell’s UltraSharp options are at 7680 x 4320 and start at $4,000 and up.

As you can see, editing and playback of 8K video is intensive, and the right system can handle it well. But it does come at a cost, as you can guess. Whether building a system or configuring and buying one from a company like Apple or Dell, expect to pay in the thousands.