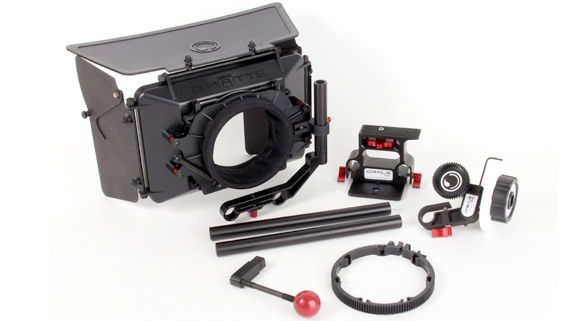 Our D|Focus Systems DSLR Gear sweepstakes has ended and the randomly selected winner is Jeff Toner of Berkeley, Ca. This collection of DSLR accessories is designed to bring Jeff’s DSLR camera setup one step closer to being a true cinema camera. It includes: Rails, Baseplate, Focus v4, Gear, Crank and Matte.

Jeff Toner is a VHS collector, podcast co-host, and dungeon master. Even though his day job working with live streaming encoders is on the technical side of video, he spends his free time immersed in creative projects.

After graduating from film school at Temple University, he moved out west and started work as a freelance editor. Most of his work came from commercials and corporate video for companies like Adidas and Nike but he still found time to work on his own projects. He met like-minded filmmakers while participating in a 48-hour film festival and went on to make several shorts with them that they submitted to local festivals.

He is currently producing and co-hosting a movie podcast, The Movie Psychics, where Jeff and his co-host Charlotte uncover strange, hidden gems in VHS bargain bins and predict the plot of the film before watching it. Jeff has begun shooting several small skits that he plans to release as a loose web series. Along with his passion for film, Jeff also has a love of board games and tabletop role playing games. He is working on a way to combine his love of film and video with tabletop gaming in a unique way. You can follow his many projects over at jeffatom.com.

We look forward to keeping an eye on Jeff and seeing how he implements his new D|Focus Systems DSLR Gear in upcoming video projects.