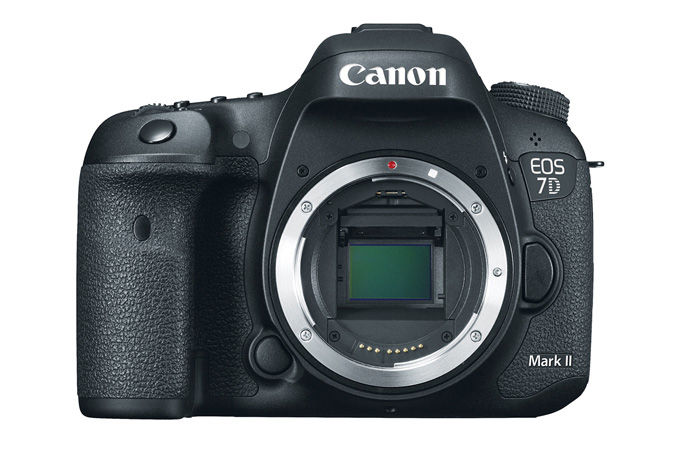 In a long-awaited move, Canon announced that their consumer flagship digital single lens reflex camera – the 7D Mark II – would be arriving in the hands of consumers in November of this year. While this may not sound as exciting as Nikon's low priced full frame release – the D750 – rest assured that Canon jam-packed the highly capable 7D's heir apparent with amazing features, further greying the area between enthusiast and professional equipment.

Canon has replaced the heart of the 7D with an advanced combination of 20.2-megapixel APS-C CMOS sensor and dual DIGIC 6 image processors. This combo allows the 7D Mark II to shoot continuous full resolution at up to 10 fps. The low light sensitivity is also highly impressive, with ISO 100-16000, expandable to an ISO 51200 equivalence.

Existing Canon users will likely agree that Canon 7D and 5D autofocus while in live view mode has never been something to write home about.

In addition to continuous autofocus, the 7D Mark II improves upon the previous model's renowned video chops with significant upgrades. 1080p capture at 60fps is a new one, as well as the 30 and 24 fps at HD options. A handful of other lower HD and SD resolutions are available as well, and both MOV and MP4 formats are supported. Purists and pros alike will like the fact that the 7D Mark II has clean mini-HDMI out, meaning uncompressed output to an external recorder.

Recording video and still shots can be recorded to both SD and Compact Flash cards in the 7D Mark II's dual card slot. The Mark II also adds to the external microphone jack with the long-awaited headphone monitoring jack.

To see what's being shot, the 7D Mark II has a reflection-fighting resin-coated 3.0" Clear View II fixed LCD monitor with 1,040k-dot resolution. It includes a new, and very helpful, comparative playback function which allows users to compare images – or parts of images – with one another on the same screen. The Intelligent Viewfinder II is a 100% info-delivering powerhouse, with faster overlay of a number of displays, such as settings info, as well as options such as AF point display, an electronic level or a grid display.

Another groundbreaking feature – and a first for an EOS camera – is the integrated time-lapse fix-point shooting and long exposure shooting without the need for a remote or intervalometer. The 7D Mark II’s interval timer can shoot up to 99 shots at pre-selected intervals. The integrated GPS receiver will provide location, altitude and compass info in coordination with the shot time.

The USB hookup has been upgraded to USB 3.0 for fast transfers, and can hook up to Canon's new WFT-E7 (Version 2) allowing for wireless transfer and wi-fi compatibility.

The 7D's durability inside and out is excellent as well, with an exterior of magnesium alloy with improved seals in the fight against dust and water. The shutter, which maxes out at 1/8000 of a second, has been tested to a pro-level 200,000 actuations.

The 7D Mark II also includes a built in flash as well as a hot shoe for external peripherals.

The anticipation around this release has grown over the years, due to Canon's slow cycle on their popular models. The groundbreaking first generation Canon 7D was released nearly six years ago to the day (September 1, 2009 release), and the also-groundbreaking 5D Mark II came around about a year earlier than that (September 17, 2008). Both of these cameras are in heavy circulation today, even though the 5D Mark III has been out for some time, and original 7Ds will likely enjoy the same success long after the release of the Mark II.