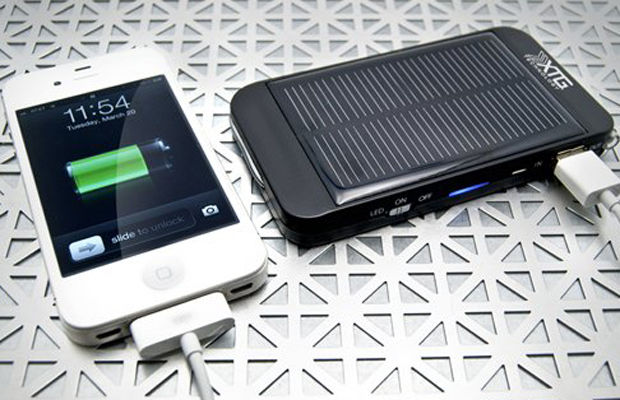 An announcement that Apple has been granted a new patent for a solar powered touchscreen panel on mobile devices is welcome news for those of us that use iPhones or iPads for something more than calling, texting or browsing the internet.

The original patent application was submitted in 2012 to the U.S. Patent and Trademark Office and the recently published filing suggests that Apple is working on an ‘integrated touch sensor and solar assembly’ for portable devices such as ‘a media player or phone’.

Here are the main details of the Apple referenced patent 8,368,654:

According to appleinsider.com, the filing for the integrated power management system would include a system micro controller (SMC) and a charger. Power would flow to the system from either an AC-to-DC adapter or directly from a photovoltaic solar panel's output, which is DC only, then be measured and converted to the necessary voltage.

In simple terms this would enable the device to be charged using the same surface used to control it.

Storage issues aside, one of the downsides of filming with an iPhone, iPad, or indeed any smartphone, is that the device can quickly run out of juice when shooting video so you need to be near a power source.

As smartphones become more powerful with bigger screens, cameras and processors they require more power but have been constrained by battery capacities.

From as early as 2009 Apple has shown interest in the solar panel technology when it first filed a patent in the U.S. Patent and Trademark Office for mobile products that can be powered by solar panels.

Up until now there have been various solutions to adding extra juice to your device while on the go, including external solar panels, but as appleinsider correctly states, “existing tech relies on external circuits to convert solar panel power to a form compatible with electronic devices. More specifically, iPhones and MacBooks accept specific direct current (DC) voltages. While an option, integrated solar panels have proven bulky and the aesthetics may be less than desirable for Apple.”

So it looks like Apple, through its innovative team of engineers, has cracked the problem while maintaining the iPhone’s general design aesthetic and existing size.

Over the coming months expect to hear plenty about Apple’s electrochromic glass, or ‘smart glass’ that will be able to fluctuate translucency to detect when natural light is present and therefore switch the device to solar power.

The patent also suggests that the power management system can accept both solar and mains power simultaneously, so in theory we should never run out of juice again while filming!

While encouraging news for film-makers who want to use their iOS device as a primary camera for shooting with, the new patent will also be welcomed by green campaigners and will help reduce Apple’s carbon footrprint in future years.

But according to one analyst, Nigam Arora, writing in Forbes, it is unlikely that solar power will be included in the next generation  iPhone 6.

“The reason is that the technology is not far enough.  A thin transparent film with embedded solar cells has very low efficiency in terms of converting light to electricity. And there is not a significant advantage towards improving battery life.  As with all technologies, the efficiency will improve over a period of time.  A sapphire screen with a laminate of film containing solar cells is likely in iPhone 7 but not in iPhone 6,” he says.

So in the meantime don’t forget your charger if you are out shooting videos on your iPhone.