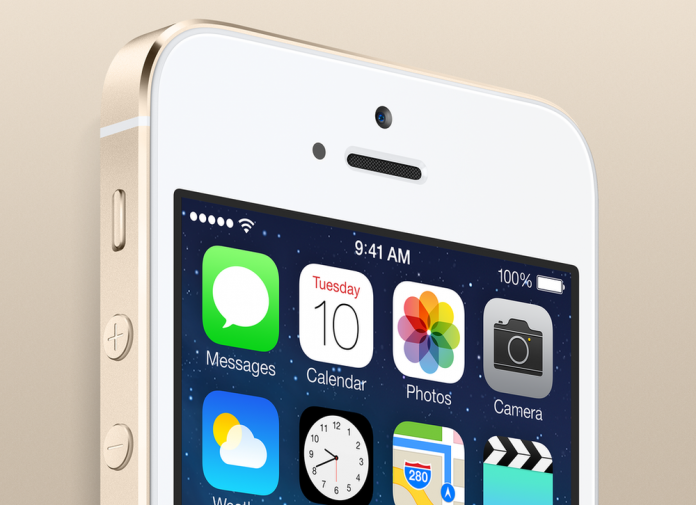 Since the release of the iPhone 4 way back in June 2010, Apple’s popular smartphone has been at the forefront of the mobile filmmaking revolution. But the heat has been on recently from other mobile manufacturers, particularly Samsung, so Apple needed to come up with some pretty big news at today’s launch event regarding its flagship mobile device.

So, has the Cupertino tech giant delivered?

The answer is yes, not once, but twice because if you are a mobile filmmaker, or thinking about making videos with your cameraphone, you are spoilt for choice as Apple has announced two new models: the mid-range iPhone 5C and the high-end iPhone 5S. More on the iPhone 5C later, as the the headline news from today’s launch, as far as filmmakers are concerned, is the new iPhone 5S.

Although I am disappointed that the camera resolution is still only 8 mega-pixels, the 5S does pack a 15% larger sensor area and a f/2.2 aperture. The Apple-designed lens includes true-tone flash, while video is 1080p, there's also a slo-mo feature capturing HD video at 720p at 120 frames per second, plus a ‘burst mode’, which will allow the user to shoot 10 frames per second while holding down the button.

Dual-flash has been added to the iPhone 5S's camera and there is an improved video stabilization feature. While the new iPhone 5S may look the same from the outside, under the hood it is fitted with a faster processor, Apple’s own A7 chip and the first ever 64-bit processor in a smartphone.

This means the new model will have a little more power and speed – ideal for shooting and saving large video files, for example. While the Galaxy S4 features a 5-inch screen (and 13MP camera) larger screens on a mobile device comes with a lot of tradeoffs, such as picture quality, white balance, reflectivity and battery life for example. So we’re happy with the 4-inch screen on the iPhone 5S and also the new colors: black, silver and gold.

In reality it’s not that different to the iPhone 4S, apart from it being new and now coming in a funky color range of green, yellow, blue, white and pink. As with the old iPhone 4S, the 5C comes with an 8MP camera, 4-inch retina display screen and A6 processor.

Other smartphone manufacturers such as Samsung, Nokia, Sony and HTC may have come along and developed devices with better cameras and bigger screens and selling a lot cheaper than Apple’s models, but for me the iPhone still rules.

Why? The simple answer is the sheer number of apps at the filmmaker's disposal for the iPhone. It is no exaggeration, as I have seen at least one example, of a feature film being made and shown from 'script to premiere' on an iPhone.

The iPhone is also great for hardware and accessories that attach to the device, such as lenses, external mics, dollies and steadicams that will give your video a professional edge.

If you are thinking of adopting a mobile device to shoot video, there has never been a better time, because in three years the technology has improved considerably and it’s not all about the iPhone, other mobile manufacturers are also releasing great models to rival Apple.

Pre-orders for the new iPhones start on 13 September, and will be on sale from 20 September in the US, UK and other countries.

Tony Myers is editor and founder of smartmoviemaking.com.