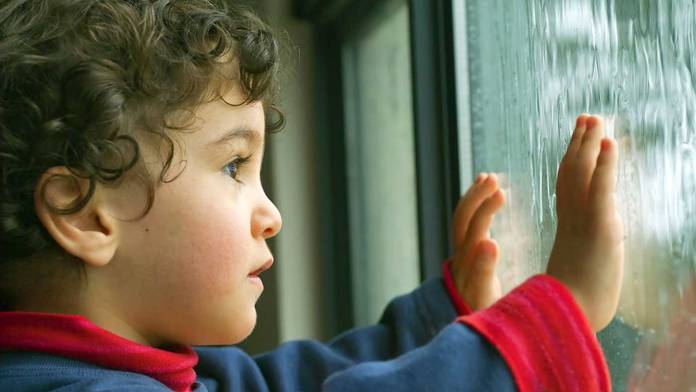 While some shooters are occasionally blessed with having all the lighting equipment they need when they need it, most of us have to make due with what’s within arm’s reach. That’s why being able to control and manipulate the natural lighting that’s already in your scene is one of the most essential lighting skills for any video enthusiast. Here are a few simple tips to help you achieve better shots with what you already have.

With that, the first thing you should do when setting up a shot is to position practicals strategically. The most common example is a table or floor lamp somewhere in the scene. After you block your actors, make sure you’re getting the right light from your practicals by replacing existing bulbs with bulbs that give more or less light, depending on what you’re looking for. Alternatively, play with the positioning of these lights to throw more or less light on your subject. It’s usually a good idea to kill overhead florescent due to the strange color and occasional flicker. That said, if these types of lights work for you, go with it.
PRO TIP: Windows throw tons of blue light during the day so be mindful of them and close the curtains if necessary.

Have Gels at the Ready

Speaking of windows, you may run into a situation where you have to have a window near or even in a shot. There are few ways to deal with it. First, it’s a good idea to put ND, or neutral density, gels over the glass to cut down on the brightness. Without this, there is no way your subject and whatever is outdoors in the sun will both be exposed.

If exposure isn’t a worry, you’ll still likely need to deal with mixed color temperatures. The light entering a window during the day will be blue, but the light inside will likely be more red/orange (incandescent lights) or even green (fluorescents). To get proper color, all your light should be the same color temperature. While you could drape some CTOs, or color temperature orange gels, over the windows, an easier solution is to cover your indoor lighting with CTBs, or color temperature blue gels. Doing so may make everything look blue to the naked eye, but once you white balance your camera, the color recorded will be perfect.

I’ve said it before: the most important tool in any lighting kit isn’t a light. Reflectors let you bounce light around your subject, essentially turning one light source into two or three. Don’t assume you need a harsh light pointed at the reflector either. A silver metallic reflector, will reflect quite a bit of ambient light from practicals and windows. They also work great outdoors to wrangle the sun. A common trick is to shoot with the sun over your subject shoulder to provide a back light, then use a soft white reflector to bounce that light back into their face. Switch to silver metallic and you essentially have two suns!

Soften Light with a Scrim

Ever turn on an indoor lamp without a lamp shade? That harsh light it throws leaves some pretty ugly shadows. The sun and any single point light source works the same way. A scrim is used to diffuse that light into a larger, softer source, reducing the intensity of light and giving nice soft shadows. Scrims are great when you have a harsh light source indoors or are shooting outdoors. If you put a scrim between your subject and the sun, you’ll avoid having those harsh dark shadows under the eyes and chin.
PRO TIP: They may not realize it, but women love being lit under scrims. Harsh light sources are very unflattering to the face, while soft light makes skin look silky smooth.

Shoot in the Shade

When it’s a sunny day and you’re shooting outdoors, shoot in the shade. For the same reasons above, you’ll want to avoid those harsh shadows. Shooting in the shade gives a similar look as shooting under a scrim. The only thing to watch out for is contrast. Exposing on a person’s face when they’re in the shade may make the background that’s in direct sunlight blow out and end up overexposed. For optimal results, try to position the shot so that the background is also in the shade.

Finally, if you don’t have access to gels, reflectors, scrims, or mobile practicals, just move your subject. With the naked eye, watch where shadows land and look for contrast that may be too intense. Avoid windows where necessary and try to balance your color temperature. If you can’t manipulate the light, manipulate your subject and work with what you have. Repositioning your subject or the camera only a few feet can make a huge difference.

Natural Lighting can be just as much a chore to set up as artificial light, it’s usually just a bit cheaper. With the right techniques and a little luck your shots can have Hollywood polish without the Hollywood budget.