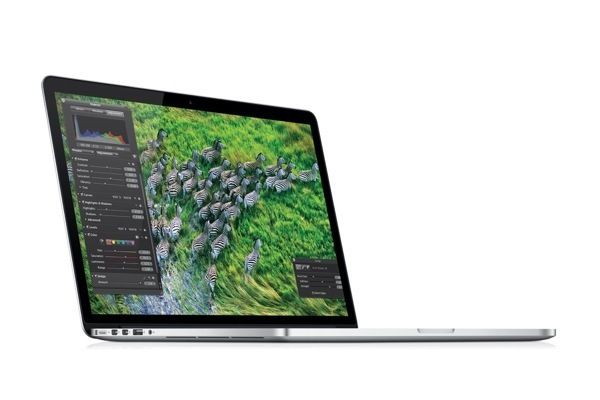 Apple's Worldwide Developers Conference was Monday, and everyone seems impressed with the newly announced Macbook Pros. While there was no mention of the venerable Mac Pro workstations, they did receive a bump in processing power. Over the past year, many in the industry have accused Apple of neglecting the professional market, with some even claiming that Apple wants to exit that space entirely. For the record, I don't think this issue has been put to bed. That said, I'm much more optimistic than I once was.

The New Macbook Pros The fact is, these new latops just aren't targeted at Average Joe. On the top end, they have 2.7 GHz Quad Core i7 processors, 16GB of RAM, and an amazing 2880 x 1800 resolution screen. Professional applications will easily utilize every drop of that power, but for everyday tasks, it's overkill. Even though the OS X UI will look gorgeous in that high resolution, HD movies won't look a bit better. Top it off with the simple fact that the Macbook Pro is downright expensive when compared to standard consumer level laptops. The fact that they are so heavily pushing the limits of performance leads me to believe that they truly intend to stay in the professional market. These specs would be great for gaming, but Apple has never put much stock in PC gaming before, so I doubt that's their targetnow.

The "New" Mac Pros Everyone was expecting a Mac Pro refresh. The chassis design has been in use since thedebutof the G5 back in 2003. It's been two years since it's received any upgrade at all. It doesn't have USB 3.0 or Thunderbolt. It does look like Apple might be abandoning their desktop towers. However, Apple did just upgrade the top end processors from 2.93 GHz 6-core Xeons to 3.06 GHz 6-core Xeons. If they were planning on discontinuing the Mac Pro, why upgrade the CPU at all? It's puzzling, to say the least.

The Rumors We shouldn't put much stock in this kind of stuff. Rumor mongering about Apple products is the bread and butter of more than a few individuals and online publications. Apple CEO Tim Cook has been quoted online as saying "Our pro customers are really important to us…don't worry as we're working on something really great for later next year," via email to a customer. David Progue of the New York Times claims to have had a conversation with an Apple Spokesperson who assured him that a Mac Pro update will be coming next year. "An Apple spokesman just told me that new models and new designs of the Mac Pro, as well as the iMac desktop, are in the works and will likely be released in 2013. That confirms what New York Times columnist David Pogue said yesterday, citing an unnamed Apple executive, about Apples commitment to its desktop computers," writes Progue. It's hearsay, but it's something.

The last thing that makes me optimistic is that while most of Apple's revenue comes from their iOS devices, the apps on those devices need to be created on an OS X computer. Not all app development is resource intensive, but some of it is. If apple wants to keep iOS app developers working within the Apple ecosystem, they have to continue releasing professional systems. It's probably not healthy, but I'm going to keep holding my breath.