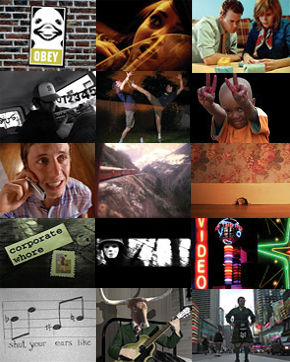 While many four-year olds are just learning to form objects out of playdoh, this four-year old festival is already handing out short-form stories via mobile phones and the web. Talk about advanced parenting! Finalist videos were recently unveiled for 2007 and you can watch them all HERE They range from categories like Animate-It, Sound Checks, and Old-School Shorts, and they're all keeping it under 10 minutes. Be sure to check out the questionable "Mac's First Time" and also the dreamy "Mediums, Not Until Now" pieces. Wait there's more! You can vote for your favorites over the next few weeks. So make sure to tell them who you like, and who you think should go back to sending text messages instead of video. SXSWclick! was spawned of the ever-popular South By Southwest Music, Film and Interactive Conference series in Austin, Texas.