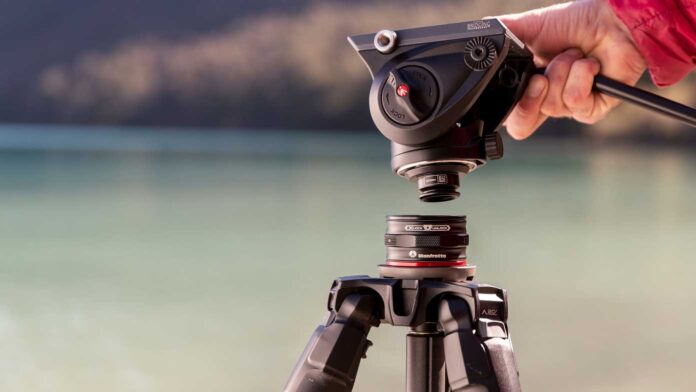 The Manfrotto Move is a Quick Release system that connects to any type of mounting unit or support. With universal compatibility, it’s for any creator who wants to move quickly from one support to another.

Does this happen to you?

Moving from one support to another can be difficult, require more hands than you have available and slow down production. Imagine moving from a slider shot to a tripod shot and then back to a slider shot in just one click. That’s what the Manfrotto Move System is capable of.

Event videographers of all kinds will greatly benefit from the Move. No matter if you’re shooting weddings, concerts or worship services, being nimble is critical. With the Move, you can shift from using a tripod to a gimbal seamlessly, all the while following all the action. The Manfrotto Move Quick Release system makes switching between configurations fast and painless.

With the Move system, narrative filmmakers can keep up with strict deadlines because of how quickly the system works. It’s possible to get more done in a single day with the system.

Corporate videographers will also benefit from the Manfrotto Move, getting lots of coverage from a limitless amount of different support types. The Move system is for anyone who uses a camera that wants effortless transfer from one support to the next.

Through the Move’s ergonomic design and its compact, light shape, you receive unmatched versatility. Its design is suitable for all configurations as well. Manufactured to work with the entire Manfrotto ecosystem, it’s also universal thanks to its flat base of 60 mm and height of 35 mm. Its attachments work with all other systems too. The Move is a base that connects to any kind of mounting unit, including mounting plates, tripod heads, gimbals and the Gimboom. Ultimately, the Move increases workflow speeds and creative opportunities.

Long setup times have long been a problem for creators, especially when moving between shots. Your gear should never slow you down. The Move’s X LOCK system features a simple extra twist lock, ensuring quick setup times. Connect one side of the Move system with the other, drop it in and get 360 degrees of movement. To release, all you have to do is twist X LOCK again and lift it out.

The modular aspect of the Move release system makes moving from a tripod, to a slider, to a GimBoom, to motion control and then back again simple. The Manfrotto Move is ready to switch between supports quickly and safely. The Move is a Quick Release System designed to slash setup times and create at the speed of inspiration. The Move has an ecosystem that offers a full range of accessories and gear that works together effortlessly.

Extend your range with the Manfrotto Move