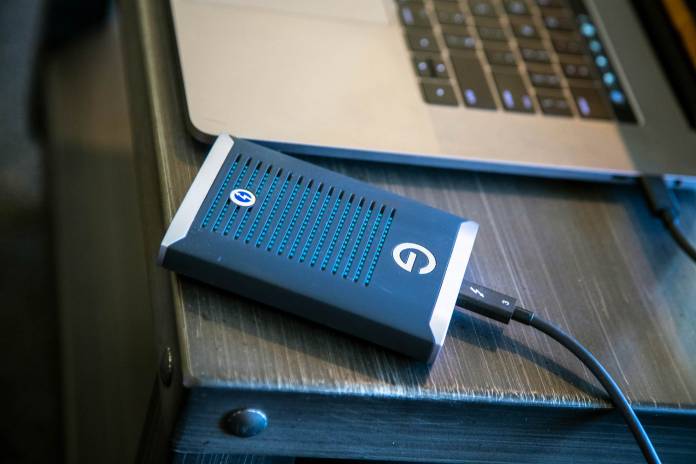 The size and speed of the G-DRIVE mobile Pro SSD are nothing short of incredible. With the drive and one cable, you can get transfer speeds over 2000 megabytes per second. G-technology says you can expect to be able to edit multi-stream 8K footage at full frame rate off of the drive. The big question isn’t whether this drive is good, but whether it’s worth the cost.

With every new camera and computer, storage solutions must be able to handle higher and higher data rates.

Portable drives have had a long history for video producers. With every new camera and computer, storage solutions must be able to handle higher and higher data rates. The problem is that, even though larger data storage is cheaper than ever before, with higher data rates comes the need to access those large files much more quickly than before. Enter in Thunderbolt 3 and we have an interface capable of such a throughput.

There are two capacity options with the mobile Pro SSD: 500GB and 1TB. We reviewed the 1TB option, though outside of capacity, there is no difference between the two models. The 500GB costs $400 or 80 cents per GB and the 1TB is $700 or 68 cents per GB. It’s powered via the Thunderbolt 3 port, so no external power is needed. Plus, it has drop protection of up to 9.8 feet and is crushproof up to 1000 pounds. The drive comes formatted in HFS+ for macOS, but for Windows users, there is a driver that will allow a PC to read and write HFS+. 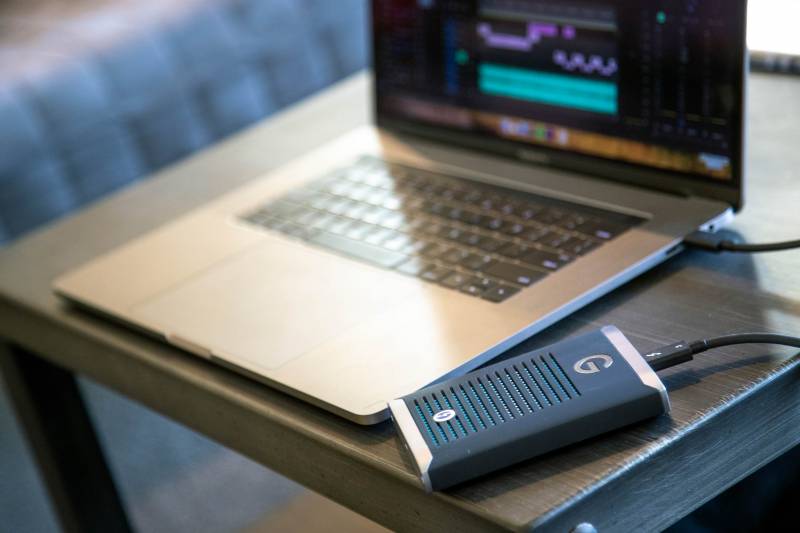 Putting it to the test

Outside of tests, we used the mobile Pro SSD to edit a project with multiple different data-rates, codecs and resolutions. Using a 15-inch 2016 MacBook Pro with Touch Bar, we edited a 14-minute video directly off of the drive. Our main a-roll was shot in 4K ProRes 444 and our main b-roll was 4K Canon RAW lite. We also mixed in some 4K CinemaDNG RAW b-roll as well. All of the data, including the Premiere Pro project, was stored on the drive. We edited all of the footage in its native codec. Reading and writing data to this drive offered no performance difference compared to editing off the internal drive of the computer.

If you want a Thunderbolt 3 portable drive that has data rates above 2000 MB/s, then the market is small. However, we see this being a growing category, especially as the cost goes down. If you are a MacBook Pro user, all external drives are cheaper than what Apple wants to get from you for an internal drive. If you want that same kind of performance, but for less money, look to this category to save you a bit of dough.

Both Samsung and Dell currently make a drive that is comparable to the G-Technology drive. Dell’s offering is $100 less at $600, and the Samsung is the same price as the G-technology drive. Think of these choices this way: the Samsung the fast and secure drive with a modest 6-foot drop rating. The G-technology drive is fast, rugged and crush resistant and the Dell is the best price per GB, no frills option. All have their perks and their attributes should be weighted according to what works best for each user.

A drive like this is likely to be on the go, and we like the extra durability that the G-DRIVE provides. Because the price range isn’t too wide, any of the drives could be a good choice.

The G-Technology G-DRIVE mobile Pro SSD is small, lightweight and rugged. It has very fast read and write speeds and is priced similarly to the rest of the marketplace. It also offers the best wear and tear option with both drop and crush resistance. The question is whether it’s worth spending $700 to get that speed, because if you don’t need it, you shouldn’t pay for it.

The G-DRIVE mobile Pro SSD is a great choice for those on-the-go videographers who work with lots of high data rate footage. 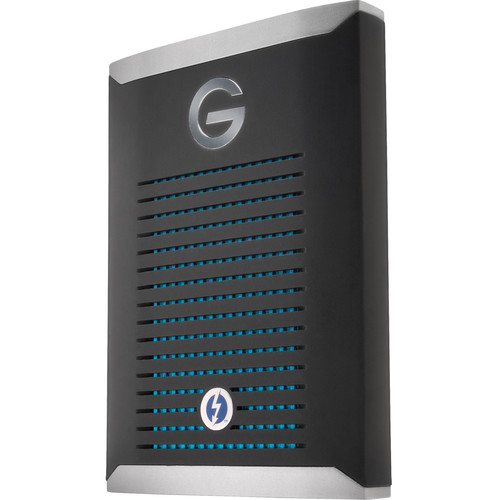