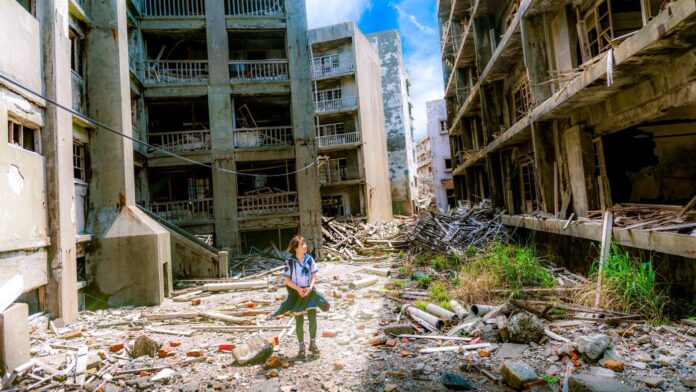 Is it possible that an individual with a camera can help to bring about peace? It is possible, but we must keep in mind the power of the visual image. It has the power to bring about what Einstein said was the key to peace: understanding. As we see our world today so deeply divided, maybe there is no better time than now to start thinking about how this power might be harnessed.

There are many examples of films, especially documentaries, that have brought about change. Think of the 2013 film “Blackfish,” which exposed some of the cruelty behind the scenes of those famous orca shows. It caused a dramatic change in how places like Sea World do business. Even feature films like “The Day After Tomorrow” have brought awareness to important causes like climate change. It all comes down to understanding.

The camera can be used to open a window. It can link people who look at one another as being very different. Tolstoy said, “Art is a microscope which the artist fixes on the secrets of his soul, and shows to people these secrets which are common to all.” In other words, visual art, in particular, can show us how we are all really the same inside.

One of the most commonly used tactics in propaganda is to dehumanize or demonize the supposed enemy. The goal is to make the opponent seem so not like us that we feel disgust or even hatred toward them. A video made with a goal of peacemaking can show that the enemy is not so different after all. They have the same feelings, hopes and dreams that we do. If we can see their faces and their feelings, it’s hard to really hate them.

Another big step toward peace is listening. Real listening seems to be a precious commodity in our world of competing voices. Again, video is a great tool for helping your audience hear what other people are saying. We’re not talking about just a sound bite phrase. A long-form interview where the audience can see the facial expressions, connected to the words and emotions, will provoke deeper understanding.

Of course, we cannot forget how seeing the real cost of war can help lead to peace. Many video journalists and documentary filmmakers have taken on the subject of the horrors of war in an effort to bring about peace. It’s not just in the graphic depiction of the dead and wounded either. Images of the bombed-out homes and cries of the children make it hard to condone a conflict. There is little doubt that the images of the war in Viet Nam on the nightly news helped fuel the peace rallies on college campuses.

Maybe we all don’t have the resources to produce something that would bring peace between long-time enemies. We do, however, all have the ability to work on projects that can bring about understanding. It just takes an idea, a listening ear and good images.