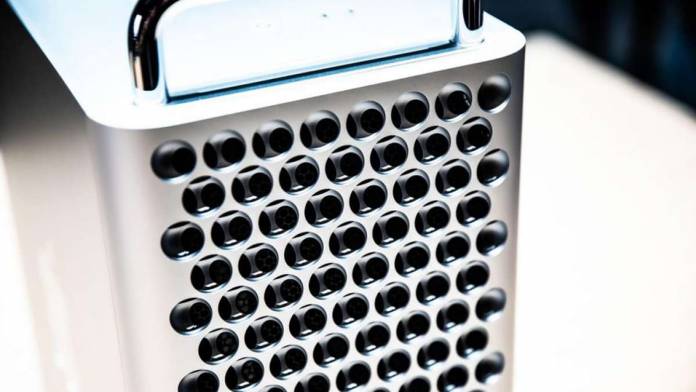 Apple’s new Mac Pro, being the spitting image of a cheese-grater, is out today. It is currently the most powerful Mac you can buy, and it’s also the most expensive.

How much will the new Mac Pro cost you? Well, if you want to get the most powerful, be prepared to shell out $52,599. That is an insane amount of money and likely won’t be a buyer’s first choice, or even second for that matter. However, it does deliver powerful specs. Regardless, there are more affordable options that still look to offer a lot of power.

Let’s run it all down

If you can’t afford a $52,000+ Mac, which most of us can’t, you can opt for a more affordable version. The base price for the new Mac Pro starts at $5,999. It comes with 32GB of RAM, an octa-core Intel Xeon CPU, Radeon Pro 580X graphics, and a 256GB SSD. This is the base. Once you start adding on custom specs, things start to get pricier.

All the Apple Mac Pro add-ons

The add-ons keep going on. There’s a 4TB of SSD storage add-on split across two 2TB SSDs for $1,400. As for its GPU, you can opt for two AMD Radeon Pro Vega II Duo graphics card modules. Each comes with two GPUs inside. That equals four graphics cards, each with 32GB of dedicated RAM per GPU. If you want this, you will need to pay $10,800. After that, you can get an afterburner accelerator card for $2,000, wheels for the Mac Pro for $400, and a sold-separately Magic Trackpad for $50.

All of this equals out to be $52,599. Additionally, you can add an Apple Pro Display XDR monitor, which adds another $4,999 — a high price for powerful specs. Learn more at apple.com.