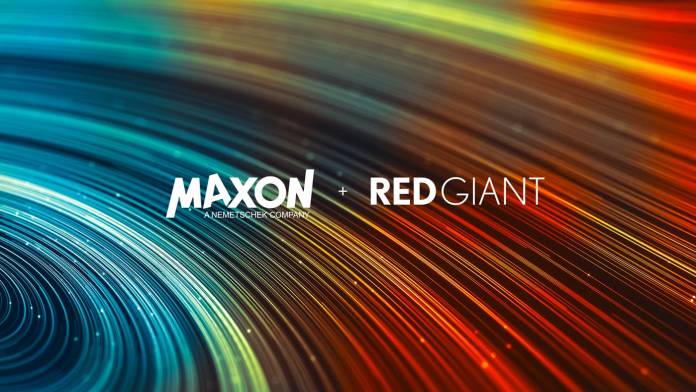 This week, 3D software developer Maxon and VFX and motion tool developer Red Giant announced they are merging next year.

The two companies have “reached a definitive agreement” to “merge under the media and entertainment division of Nemetschek Group. The merger agreement looks to “better serve the post-production and content creation industries,” says the two companies in their joint press release. It looks like the merger will close in January 2020.

A game-changer for both companies

This is a big leap for both companies and both are excited for the merger to move forward:

“This merger is a major milestone, not only for Maxon and Red Giant but also for the design industry as a whole,” said David McGavran, CEO of Maxon. “Our combined technology and knowhow have the potential to progressively reshape the content creation landscape for years to come.”

“The combination of our companies is an exceptional fit of people, culture and technology,” said Bechert. “We look forward to working together under a shared vision of how to design powerful and approachable software to serve creative artists around the world.”

The merger is still pending but expected to close

Now, the merger isn’t officially official yet. It’s still pending. However, it is expected to close in January. It needs to first go through regulatory approval and customary closing conditions. So, at the beginning of 2020, it looks like Maxon and Red Giant will merge under a new Media and Entertainment Division under Nemetschek. We will continue our coverage of this story once more information is available.