This week, Irix announced the new 21mm T1.5 Cine lens. It is a combination of modern innovation and traditional lens solutions. According to Irix, it designed the lens following the professional film industry standard. However, Irix says it still retains its own cinematic look, which it calls the “Irix look.”

Designed to work with Super 35 mm cameras, like the Sony FX3 or the Nikon Z9, the lens works with seven different mounts. This includes Canon EF, Canon RF, Sony E, Nikon Z and Panasonic MFT. Additionally, it features Extra-low Dispersion elements. These elements help reduce any chromatic aberrations. The lens also includes two aspherical lenses and four high reflective elements. If we look at the lens as a whole, it features 15 elements in 11 groups and an 11-blade iris construction.

The Irix 21mm T1.5 Cine lens comes with an adaptive ring designed to keep the lens in its house sleek. This should make the lens pretty user-friendly. Furthermore, the lens’ aperture rings and focus align at the same distance and rotation angle, which should create an exceptional cinematic design.

From the looks of it, the lens will be great for shooting in close spaces. Also, its fast aperture seems like it can capture a lot of detail and keep shots in focus.

Currently, there isn’t an official release date for the Irix 21mm T1.5 Cine lens. However, we can expect the lens to release in a few weeks. You can pre-order it today for $1,195. If you want to order the lense for PL-mount, you will have to pay a little more. The PL-mount version costs $1,295.

Head over to Irix’s official website to learn more about the Irix 21mm T1.5 Cine lens. 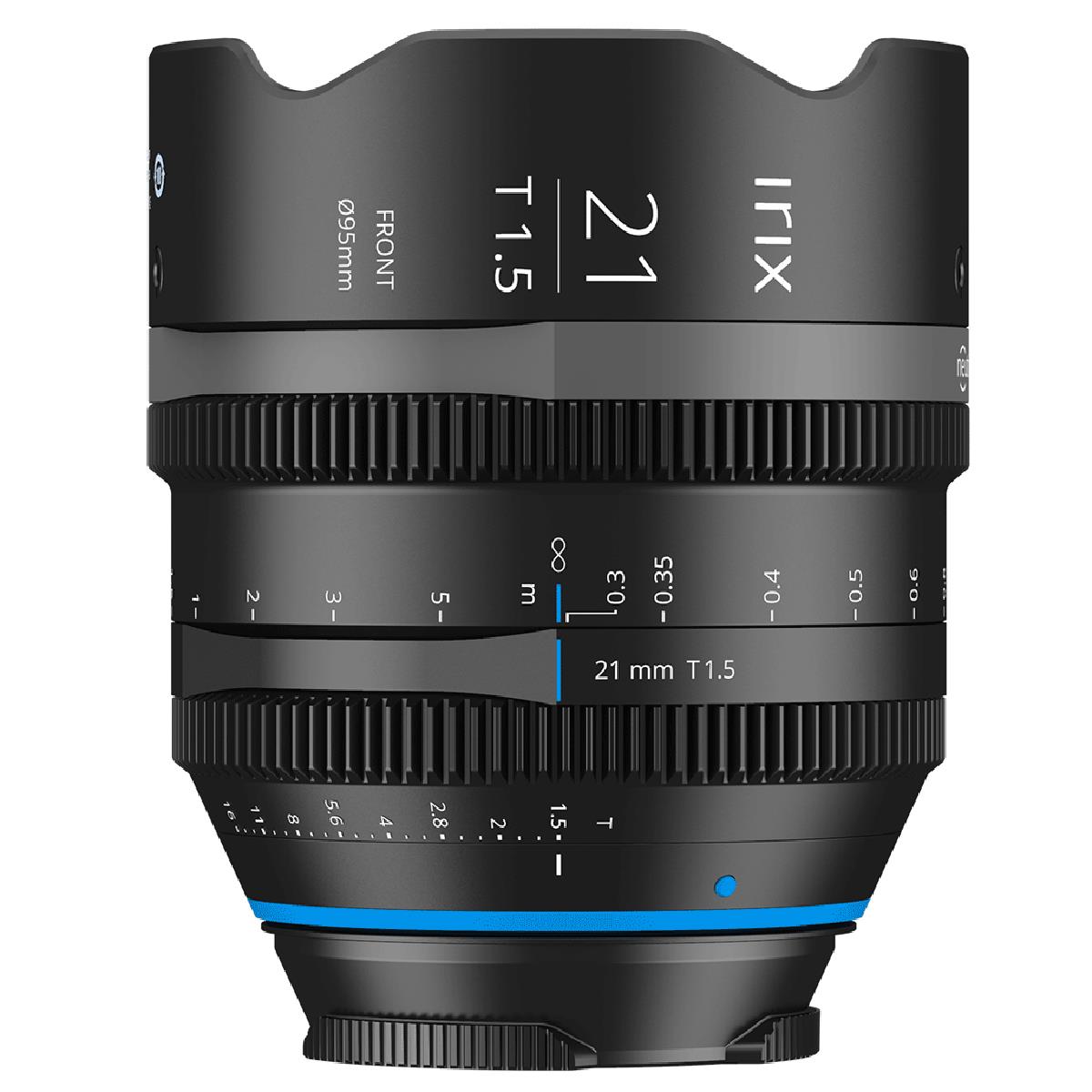