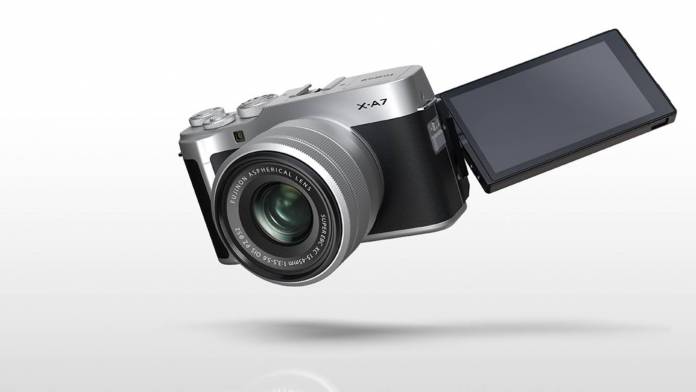 Fujifilm added a new “Webcam Mode” to two of the company’s popular entry-level mirrorless cameras: the X-A7 and X-T200.

The firmware updates allow both cameras to operate as a webcam on Mac and PC with no additional software needed. This isn’t the same thing as the Fujifilm X Webcam Software. The difference between the two is the X Webcam Software is a free application. That software works with several of Fujifilm’s higher-end mirrorless X and GFX cameras. The firmware update doesn’t simply add X Webcam support to the Fujifilm X-A7 and X-T200. Instead, it adds a new mode.

So instead of adding only X Webcam support, Fujifilm added a firmware update that includes a “Webcam Mode”. You can access the mode under Setup > Connection Setting > USB Mode > USB Webcam.

After you pull up the mode, the Fujifilm X-A7 and X-T200 will act as webcams. They will have Exposure set on Auto, Face and Eye detection AF set to ON, the LCD turned off, and the Provia (Standard) film simulation activated. You can adjust the exposure settings if you need to. However, you will do it using the Exposure Compensation dial.

The Fujifilm X-A7 or X-T200 can operate as webcams on Zoom, Google Meet, Skype, and Microsoft Teams. These are currently the only compatible apps. However, that could change in the future.

This update is not operating system specific

Fujifilm promised to release a macOS version of the X Webcam Software in July. However, you can start using the Fujifilm X-A7 or X-T200 as a webcam on macOS right away.

If you want to install the latest firmware update, head to the Fujifilm X website to learn more.