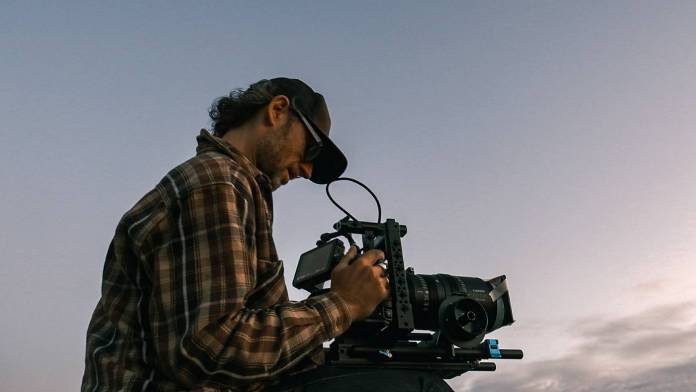 According to Atomos, the Ninja V will record up to 4Kp30 12-bit Apple ProRes RAW video from the GFX100’s state-of-the-art large format CMOS sensor. The pairing gives you more flexibility when adjusting the look of your images and extending brightness and shadow detail. This is crucial for any HDR workflow.

“The GFX100, Ninja V and ProRes RAW gives filmmakers a whole new way to shoot,” said Atomos. “The look of large format video has recently become very popular in Hollywood, with the ability to use high-quality lenses with different technical characteristics. This feel can now be achieved more affordably with the GFX100 and Ninja V, at the same time as fully harnessing the power of RAW.”

Pairing the Atomos Ninja V 5” with the Fujifilm GFX100

The 5” 1000nit HDR high brightness display of the Ninja V allows you to view the GFX100 RAW signal in HDR. You can choose to view the signal in either HLG or PQ (HDR10) formats. Additionally, you can use Fujifilm’s F-Log profile to draw on “Fujifilm’s vast color science expertise,” according to Atomos. Also, the monitor offers access to tools like waveforms, magnify, or engage peaking check focus for each angle.

An alternative to RAW

When paired with the Fujifilm GFX100, the Ninja V can also record 10-bit 422 ProRes and DNx video up to 4kp60 from the HDMI output. The ProRes RAW and standard video files are recorded to AtomX SSD mini SATA drives in the Ninja V.