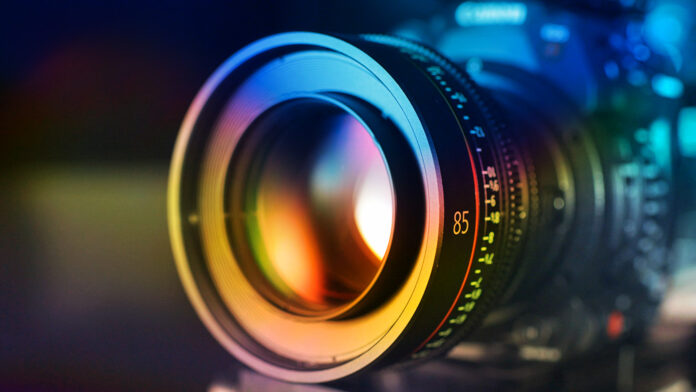 Color space is one of the more mysterious aspects of video production, which is ironic given how ubiquitous its usage is. It affects the image of every video project you work on. Every digital video and still image utilizes a color space. Getting up to speed with common color spaces and how to best use them for your projects can have many advantages. This includes getting greater control over your images, helping to prevent issues when you change color spaces and even preventing changes in color space altogether.

What is color space?

A color space is not a set of ideas about colors and their attributes; that’s color theory. It’s also not that spot at the home improvement store with all the cardboard color samples. Color spaces are just fancy systems that assign numeric values to colors. By doing this, the colors can be graphed and utilized more easily. Don’t worry about the numbers; this is a math-free article!

While early color spaces were predominately used for scientific research, the development of new image reproduction technologies came with the need for new color spaces to support them. The color spaces that are of greatest interest to us are those developed for digital still images, television and feature film.

Common types and their usages

Below is a list of the color spaces you are most likely to run across in your workflows.

Ok, why should I care?

As you go through pre-production, you’ll want to include color spaces in your plans. Think about how it might impact the way you shoot, edit and deliver your projects.

Shooting in the same format and the same color space quickens your editing and rendering, which can really speed up your turnaround time. If you’re shooting a short web video that you want to upload in HD, most modern cameras will record in Rec. 709 color space if you choose HD or AVCHD as the format. Likewise, in your post-production software, choosing a similar format preset will keep you in Rec. 709 for editing and rendering out. In most software, you can view the preset details in a window to ensure you’re in the right color space. A quick web search with the preset name and software name can often find that information as well.

If you’re shooting in a RAW format, changing color spaces is unavoidable. However, if you take a sample of your RAW footage into your post-production software, you can see what it looks like and know how long transcoding will take. If you are renting your production camera, you can often find short sample RAW camera files available online for download. Similarly, your camera rental house may offer a camera test before your rental.

When working on a documentary or other project where you may need to bring in a lot of archive images and footage, you should take some time to decide what workflow will make the most sense for your production. This is where testing footage in editing and rendering can really save you time and frustration.

Ultimately, how you structure your projects should depend on your footage and delivery requirements. If you’re only using archive materials for your video tracks, converting the footage to the same color space as your delivery format makes the most sense. Since sRGB, Adobe RGB, Rec. 601, Rec. 709 and Rec. 2020 all have the same white point (D65), conversion between these usually doesn’t cause major color shifts.

You can scan images in sRGB or Adobe RGB, bring in old footage in Rec. 601, shoot new coverage in Rec. 2020 and edit in Rec. 709. You may see a slight increase in saturation, but not much more than if you shot and cut in the same color space. If you’re shooting RAW and delivering in Rec. 2020, doing post-production in Rec. 2020 will probably make the most sense.

A few years back, The Academy of Motion Picture Arts and Sciences teamed up with the American Society of Cinematographers (ASC) to develop the Academy Color Encoding System (ACES). The ACES workflow provides tools to add consistency to color, give natural color look options and provide a unified archiving format. ACES has become the gold standard workflow for feature film, television, commercials and VR. The best part about ACES is that you don’t need a Hollywood budget to take advantage of this. There’s a good chance the editing software you’re already using has ACES tools ready to go.

If you’re disappointed by the reds in your Rec. 709 footage, there’s an ACES editing effect that changes the linear color curve to a serpentine color curve which produces more natural-looking colors. There’s also an effect that allows you to view RAW footage without it looking washed out or dull. This doesn’t limit the range of color when it’s time for correction; it’s just a preview. The majority of these tools work on any footage and don’t have any extra cost.

In the dark ages of video (1960s – 1980s), dozens of video formats were created that were incompatible with each other. As a result, thousands of hours of video production footage were lost. This even includes many American and English network TV shows because there were no tape drives for footage playback. Digital formats are also not immune to this type of catastrophe if the decoding software is lost. Hollywood is now digitally archiving with the ACES image format. It’s free and open-source and ensures your work will be viewable for decades to come.

Filmmakers often worry that creating a Digital Cinema Package (DCP) for film festival screenings will cost big bucks, even though there are free tools to create DCPs. Many festivals don’t even require DCPs because the projection system supports hardware conversion from Rec. 709 to the projector’s native XYZ color space.

I can tell you from my own experience having produced a film in 4K in Rec. 709 that played at over 40 festivals, my crew and I saw the color space conversion and thought it looked great. The conversion was also very, very close to what I had seen on my inexpensive but calibrated monitors that I had used in post-production.

The horror of CYMK

CYMK color is meant for printed media and can be literally impossible to match in a video color space. If you’re attempting to match a printed color that was produced in CYMK, try and shoot in a RAW format. However, if you can’t, use as large a color space and as little compression as possible.

If you have to display something like a company logo on a screen that will also be on CYMK printed signage in the same location, try and ensure that the two are as far apart as possible so that color variations aren’t as noticeable.

There are a lot of monitors that are advertised with phrases like “98% coverage of Adobe RGB”, but it’s doubtful you’ll have video in that color space. So, how does this relate? Well, Adobe RGB is slightly smaller than Rec. 2020, so it would cover most of that color space. Keep in mind that coverage of a color space isn’t the same as accuracy of color reproduction.

Cameras, recorders and capture hardware often have multiple color spaces that they can record in. These devices usually follow format standards: SD will record in Rec. 601, HD in Rec. 709, etc. However, some devices only record in Rec. 709. While it usually isn’t an issue if you have to convert footage, the range of colors captured may be affected. Rec. 601 to Rec. 709 to Rec. 2020 all have steadily increasing color ranges. Remember, a wider color range is more beneficial for color correcting.

Always come with a plan

With proper planning, working with different color spaces can be a breeze. It can really help you get the most out of your projects.