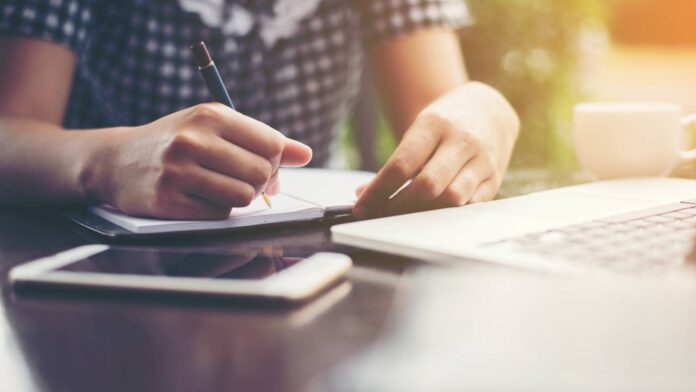 You’ve just finished your script, and now you’re ready to send it out to agents and producers. Undoubtedly, they’ll ask: “What’s your logline?”

What is a logline?

A logline is an extremely short description of your screenplay or film. Loglines are usually two sentences or less – the shorter, the better.

Why do I need a logline?

Your logline is a quick way to convey the key elements of your story to the reader or the listener. For agents and producers, loglines provide a means to quickly sort scripts or finished films. Would you read a book if you had absolutely no idea what that story was about? What if it was a fantasy novel and you really like science fiction? Your logline is a way to get the right set of eyes looking at your project. This is why they are so important when it comes to selling your completed creative vision. With that said, they shouldn’t be an afterthought, nor something you just do when you finish your project. There is great value in developing your logline before you even start writing your script.

Ideally, your logline should include your:

If you are economical with your words, other valuable elements to include are your:

You can often imply genre and setting simply in the way you describe your other elements.

Why should I create one before I begin my project?

It’s important to know and understand your story. When you establish a logline before writing your script, you’re defining your script’s story and determining the basic fundamental elements needed to tell it. Once you do this, it is much easier to create an outline or a beat sheet.

What if I am creating my logline after I have completed my project?

Distilling your logline into one or two sentences can be challenging, especially if you’ve spent months immersed in the story. However, think with broad strokes. If you are prone to writing lengthy sentences, craft your logline using 50 words or less. Additionally, if you can make your logline witty or catchy, that’s even better.

What are some examples?

These are some loglines from recent movies.

“Two low-level astronomers must go on a giant media tour to warn mankind of an approaching comet that will destroy planet Earth.”

The logline for “Don’t Look Up” identifies the protagonists, the setting and their main objective.

Here is a longer, alternative version of the “Don’t Look Up” logline that vaguely identifies the antagonists:

“Two astronomers go on a media tour to warn humankind of a planet-killing comet hurtling toward Earth. The response from a distracted world: Meh.”

If you haven’t seen the movie, does that second sentence provide you with a better understanding of its premise? Does it make you want to watch the movie more or less?

“A bank teller discovers that he’s actually an NPC inside a brutal, open-world video game.”

This is a great logline. It’s concise; it provides the key elements of the story and infers the rest. However, if your reader doesn’t know what an NPC is, there’s a high probability that they won’t bother to read your script. But, let’s face it; do you really want a famous romantic comedy producer making your high adrenaline, action-adventure film?

Where can I find more examples?

IMDB.com (the free version) is a great resource for loglines. The blurbs for movies on Hulu, Netflix or Amazon, especially older movies, are also usually good examples. However, remember the two-sentence rule. Many of the lengthy blurbs on streaming services are not actually loglines.

How can I learn to write a good logline?

Think of some of your favorite movies and try writing loglines for them. Remember to use the elements above. Once you’ve crafted your loglines, go on to IMDB and compare yours to the official ones.

What additional elements are worth including in my logline?

These elements are particularly useful:

And for a completed project:

Are there any unusual elements that I might include in my logline?

Hollywood studios don’t like to take chances on original ideas. This is why you see lots of remakes, sequels and derivative works. If a movie is very successful, studios want “the same but different.” This is why some producers like the formula:

With this logline element, you refer to two — usually very — different films that capture the essence of your project. Consider this logline for an older Sandra Bullock and Ryan Reynolds film.

“She’s a Type-A Manhattan executive with a she-devil reputation; he’s her harried assistant – but getting this odd couple married is the only way she won’t lose her immigration visa in this deft comedy.”

If you used Film 1 “meets” Film 2 mashup, you might add this to the logline listed above by saying, “It’s like ‘Pretty Woman’ meets ‘The Devil Wears Prada.’” While this is usually an element reserved for a pitch meeting, it can also be helpful when you are creating your initial logline because it can suggest a tone or voice you might want to use when you begin writing your script. It is important to note that quite a few writers caution against the “meets” setup, especially if your project is not as strong as the films you are referencing.

What isn’t a logline?

This is one of the best taglines of all time: “In space, no one can hear you scream.” It’s great for marketing, but it really doesn’t convey the basic elements of the story. Can you guess the movie just from this tagline? The official logline is: “The crew of a commercial spacecraft encounter a deadly lifeform after investigating an unknown transmission.” If you guessed “Alien” (1979), you are correct. But could you identify the movie before you heard the logline? Chances are, most people would have trouble knowing what the film was if not having seen the tagline beforehand.

Remember, a logline is not just a requisite for selling your script or your film. It can help you define your story before you even begin writing. Get your project off to a great start by putting in the time and effort to create a good logline. 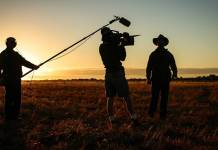