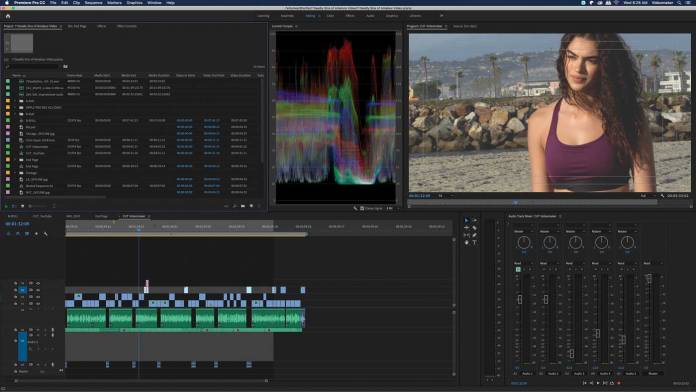 Video editing is an incremental process that alternates between construction and deconstruction. As the editor repeatedly cycles through acts of addition and reduction, they build towards the final product. The goal is a video that connects with its audience and carries with it an emotional pull brought out by the video editor’s hand. The easiest way to facilitate a good edit is to utilize a video editing workflow that starts with raw footage and results in a work of art.

The beginning of your video editing workflow often takes on the appearance of a daunting task. It’s an exercise in controlled chaos for an editor who faces down a mountain of footage with only a script and a list of production notes in hand. As unforgiving as the task ahead might seem, following a simple plan can make quick work of the edit that lies ahead. All that it takes is a simple step-by-step plan that breaks the edit into manageable tasks.

Before diving into the timeline, arranging clips around and dropping cuts, make sure you are prepared by organizing the project. It’s best to label and sort clips into bins or folders. This will make it easy to quickly identify and locate each piece of footage as needed.

The rough cut is the foundational step to assembling a scene and is essential in your video editing workflow. This is where you develop and lay out the basic structure and sequence of edit in the timeline. It’s a lot of tedious work, but it’s also where the story takes shape.

The rough cut begins with the script. In the case of a documentary or an interview, you should utilize the production notes and the paper transcript of the footage. The script was written as a guide to establish the story that will be presented through the video. From the script and production notes, you can start to select corresponding clips, placing them in order on the timeline.

The rough cut begins as an additive process. If you’re having a difficult time choosing between two takes of the same shot, it’s okay to place them next to each other in the timeline. The selection might become easier by seeing the clips in the context of the edit. Then, you can remove the redundant shots that are the lesser fit for the overall edit.

Once this first pass of assembling the clips into the sequence is complete, watch it several times through. First, make sure that it makes sense and that there are no glaring holes in the narrative. Second, look for any continuity errors and see if any shots are out of place.

At this point in the rough edit, you should know what holes you need to fill and what moments need support from illustrative visuals, such as a cutaway or reaction shot. The rough edit is a great place to bring these elements into the timeline.

The key to remember with the rough cut is that it should be an ordered assemblage of the shots that will be used in the final video.

The fine cut begins after the rough edit is complete and approved. The goal in the fine cut is to precisely place and time out each shot and each cut within the edit. The pace of the edit should the appropriate emotional impact of the scene.

This is where finesse comes into the process and you make decisions at the frame level. During the fine cut, time the sequence so the dialog feels natural and the conversation flows across the shots. Likewise, action and visual movements within the clips should be timed out to feel as if they are working together in a coherent story.

The result of the fine cut should be a timeline with every shot in its proper place. The flow and timing of the sequence should match what the audience will see the final project. Certain visual effects such as time remapping will change the overall timing, but the sequence of shots should be set and ready to review with the client.

When the fine cut is approved, the edit is at picture lock. Picture lock means the timing of the clips and edits within the sequence will not change, nor will any footage be added or subtracted from the edit. What happens during picture lock is the preparation for finishing. This is when you clean up your timeline. Make sure there are no stray clips hidden in any of the tracks. It’s also an opportune time to move clips into dedicated tracks for various finishing if this is part of your workflow.

Organizing audio tracks during picture lock is an efficient way to prepare for successful audio post-production. This can be done by making sure there are proper audio handles on each clip. Group clips with similar audio — such as dialog from a particular character — into the same tracks. Now is also the time to spot sound effects with as much accuracy as possible at the frame level.

In finishing, we transform the picture-locked edit into the video that the audience will see. There are several different ways approach finishing, and they’re often contingent on your post-production workflow. In some situations, the finishing process is linear, in which you perform the various tasks in a specific order. At other times, multiple specialists will handle the finishing process, working simultaneously on their own specific responsibility in the edit.

Audio post-production is a critical step in finishing. The audio tracks from the video are cleaned up and mixed down, along with sound effects and music beds. A skilled audio engineer can influence an overall video by crafting the sound to carry the same — or even greater — emotional impact as the visuals.

Next, we can add visual effects to the video. This can be something as simple as pulling a chroma key from green screen footage to something as complex as tracking a shot and compositing in effects elements such as 3D rendered CGI objects.

Color correction and color grading take place during finishing. While the two share many similarities, they are different processes. Color correction should take place first, fixing any color and luminance issues within the raw footage while at the same time creating a consistent color balance throughout the scene. Color grading is the process of using coloring techniques to influence the voice and tone of the video. It is a precision process that can move the overall image away from the true color of the scene in order to use color as a narrative device.

Titling and graphics are often one of the last elements added in during finishing. Not every video will use a graphics package, but it is something that’s needed to finalize many projects.

This is a simplified video editing workflow. When we break post-production down into smaller steps, it becomes much easier to follow, helping you stay on track. Every editor will find their own way, adapting what they learn from others to fit their needs. No matter the need, there are some universal steps that will help you turn a folder of footage into a video with a voice.