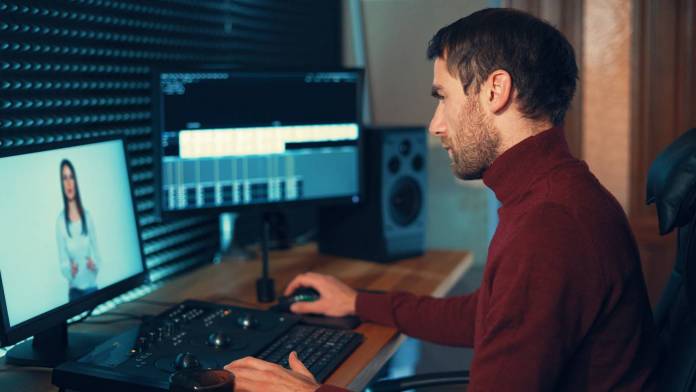 Post-production can feel like an entirely different world — a filmmaking endeavor all its own. In many ways that’s true. There are a number of important post-production jobs, just as there are many jobs found on a film set. Sorting through them all can feel daunting, but we’re here to help you sort out the many different roles in this stage of a project and explain what they do.

Many indie filmmakers end up taking on all of these jobs themselves due to time and budget constraints. Even if you can’t fill those positions, knowing what they do helps remind you of the steps to take during post-production in general.

Going from hours of raw footage to a polished final product requires quite a bit of work. Even the basic aspect of getting the picture to look and play how you want requires a number of steps in the process. For projects with a larger budget, these steps are big enough to require their own dedicated positions to handle:

An Editor takes all the raw footage (rushes) shot and puts it into chronological order. Editors shape the project’s story alongside the director, ensuring all the important information is conveyed to audiences in a way that makes sense. Cut after cut is made to eventually trim the footage down to its final arrangement.

The work of an Assistant Editor makes the main Editor’s job in post-production significantly easier. This person takes all the rushes and organizes them. This includes logging and capturing footage, labeling and organizing clips (either by shoot date or according to the script), and generally keeping track of rushes coming in. This organization allows the Editor to easily access what they need without wasting time tracking down specific footage.

This is all about making sure the image looks exactly the way it should. They work with the Director — and sometimes Director of Photography — to ensure the overall color palettes match the vision they choose. From adding stylized grades to basic white balance and color correction, the Colorist ensures each scene maintains visual style and continuity.

Another job within post-production — which continues to become ever more important — deals with a project’s visual effects. This can include everything from motion graphics to full-on animated sequences. Many hands make it come together:

In many ways, the VFX Supervisor is like a Director. They’ll be solving problems and crafting scenes to ensure they match live footage. From start to finish, they will guide others (e.g. Compositor, Roto, Matte Painter, etc.) to bring all the visual effects elements together for complete shots.

Roto artists handle one of the most detailed and painstaking jobs in post-production. They trace and cut out the areas in live-action frames where computer-generated images will be placed. This creates a silhouette the Compositor can then use to help line up the VFX elements. It requires a high level of detail, but the results of the labor are undeniable.

While the tools a Matte Painter uses have changed in the digital age, the work itself is still the same. They craft hyperrealistic exteriors and interiors to form the backdrop for scenes that otherwise couldn’t be created recreated. Not everyone can shoot wide shots from the top of a skyscraper.

The Compositor makes sure the final image looks like a final image. They take the effects elements crafted by others (e.g. lighting, smoke effects, matte painting, 3D VFX, etc) and combine them into a single image. Their job in post-production is an important one. Not only do they fit the parts together, but also ensure they all match and might have to tweak lighting/other aspects to make it seamless.

We’re long past the days of silent films; audio on a project is just as important as the visuals. Good sound — including music, sound effects, and dialog — is integral to conveying information and making audiences feel immersed in the world you’ve crafted. Like the visual side of post-production, sound design benefits from the work of many hands.

Like the VFX Supervisor, the Sound Designer is in charge of the soundtrack aspect of the project and managing others. Whether it’s keeping up with sound effects, musical score, and dialog tracks, they wrangle it all together to make sure the sound is complementing the images playing out.

As the name implies, the job of the Dialog Editor is specifically contained to assembling and synchronizing dialog tracks with the footage. If there are issues with dialog, they can flag it for ADR or work on other solutions.

Despite the name, there’s no re-recording involved (so this isn’t about ADR). Instead, the Re-recording Mixer is the one in charge of the final soundtrack master. They ensure everything is where it needs to be, similar to what the Compositor does for visuals. This also includes ensuring the final mix complies with any applicable audio guidelines.

The title pretty much sums it up here. Music Supervisors are in charge of all aspects of the music on a project. They’ll work directly with the composer through post-production, handling the budget and just about any and all things related to the music on a job.

Sounds rarely come across the way we expect them to on screen. That’s why it’s the Foley Artist’s job to find a way to bridge that gap. They make the cinematic experience more immersive and realistic. From everyday noises like footsteps and clothes rustling to the more bombastic sounds that give punch to action scenes, they do it all.

Much like the Editor lays out the visual imagery, the Sound Editor does the same for the soundtrack. This includes syncing up audio tracks with the footage and even laying in sound effects. When budget doesn’t allow, they’ll handle the same duties as the Dialog Editor, Foley Artist and final mixer.

Capping off the whole process is one final job: the Online Editor. “Online Editing” is the finishing stage of post-production. The finished footage is swapped in alongside the final VFX, titles, and complete soundtrack. Essentially, the Online Editor’s job is to make sure all the completed elements are where they need to be before final exporting.

Obviously, many indie projects will see you wear nearly all of these hats yourself. When you’re working on your own, it’s easy to forget the little details. Those little details, however, are a big part of what makes your project feel polished. Keeping these post-production jobs in the forefront of your mind can serve as a reminder. There may come a time when you’re able to fill all these roles with different people. Then it’ll be crucial to have a working knowledge of what they do and how to work with them. More working knowledge of the process will only serve to improve your post-production experience. 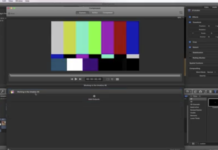