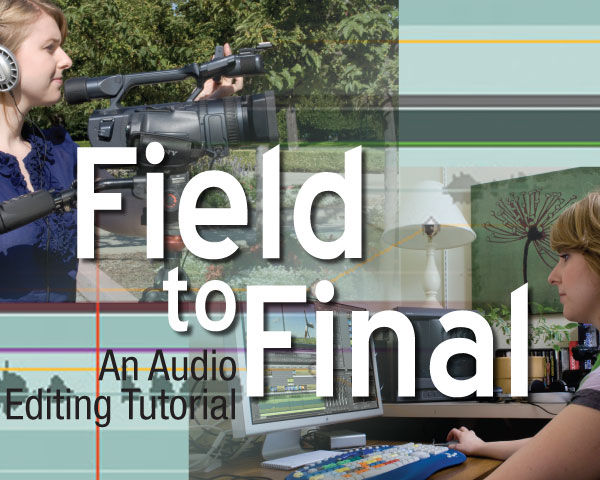 Many times, when we discuss audio editing tips and tricks, we leave out the little details. Sometimes, this is to save space, but sometimes we just assume everyone knows how to get from here to there. We’ve dedicated this tutorial to the finer details of a very common audio problem – getting from the field to the final product. By the way, we’re using Adobe Premiere Pro as our baseline NLE, but Vegas and Final Cut work in similar ways. 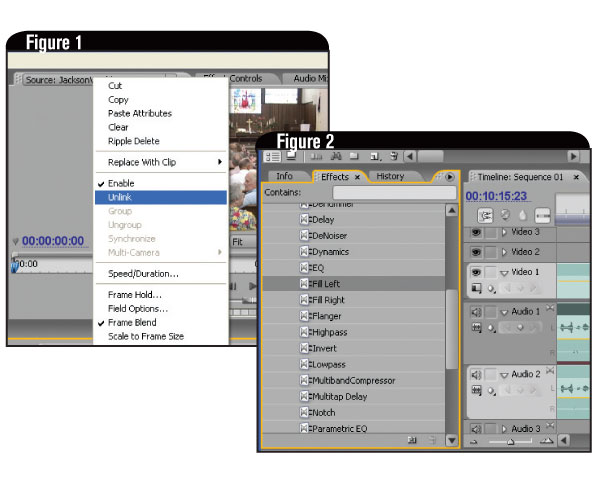 You’ve been hired to shoot a wedding. Your camera has two mic inputs, and you’re going to use them both. The left channel will be attached to the house sound system, which will supply audio from the minister, musicians and pre-recorded sound sources. In the right channel is your shotgun mic. This will give you some room tone for applause and laughter, and it serves as a backup sound source if the sound guy messes up. That’s great, but how do you separate the two channels during editing?

Once the video is captured and on the timeline, right-click on the video track and choose the Unlink option (Fig 1).

This unties the audio from the video and allows you to treat them separately. Now, right-click on the audio track and Copy it to the clipboard. Move to audio track #2, right-click and Paste it in the track. You now have two identical copies of your recording.

In the Effects Panel, select Audio Effects and then Stereo Effects. Scroll down the list till you find Fill Left (Fig. 2). 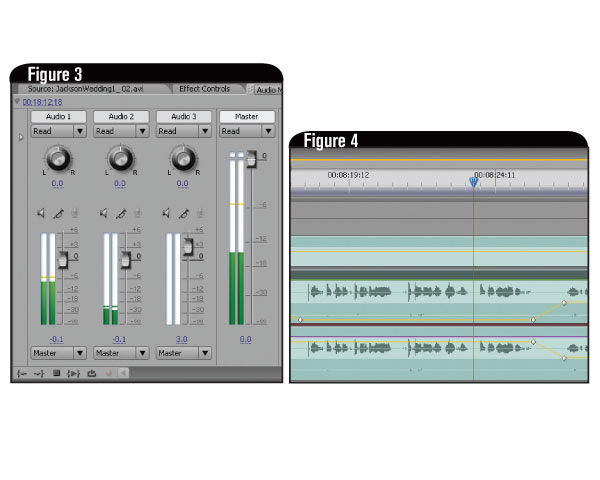 Drag this effect onto the first audio track. Drag Fill Right onto the second audio track. Now, each audio track is completely independent of the other. Use the Audio Mixer (Fig. 3)

to blend them to taste. You can also use keyframes to perform crossfades and other touch-ups to even things out and correct wild changes in audio level (Fig. 4).

Output the final video as you normally would and you’re good to go. 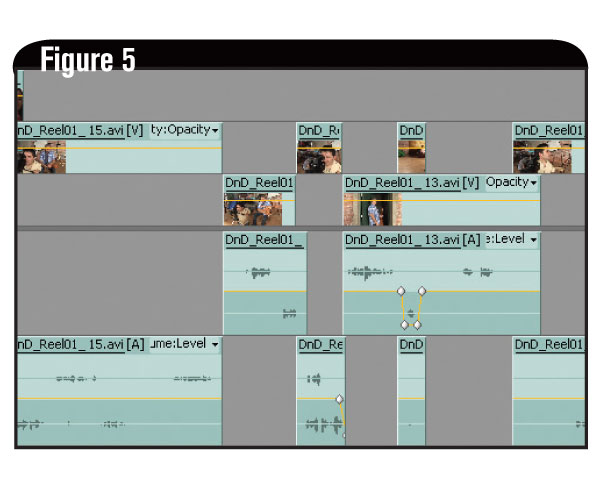 The first technique is great for long-form videos that don’t change much over time. But what about a video with lots of edits? In this scenario, we’re editing dialog from two characters having a discussion. Each actor wears a wireless microphone, and the receivers are plugged into separate channels on the camera. You’ve finished the shoot, but now what?

For the edit, you’re going to ignore the fact that there’s different audio on the left and right channels. Edit the scene normally and, once you’ve locked it down, the fun begins. But first, a little housekeeping. As you edit, you’ll probably notice some overhanging audio from the various takes. Using keyframes, fade the heads or tails of the clips as needed to clean things up a bit (Fig. 5). 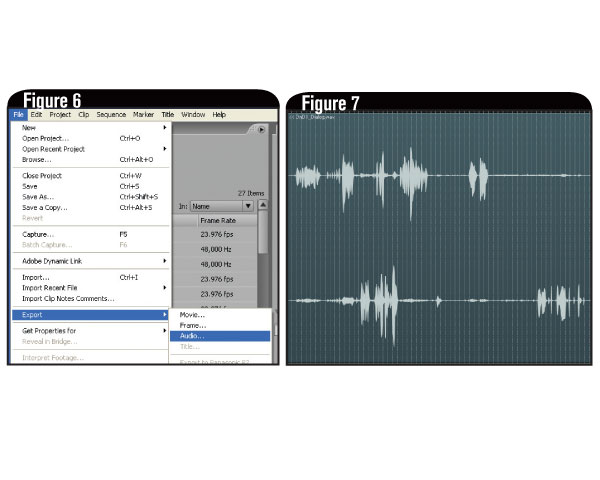 Next, go to File, Export, Audio and save the project soundtrack as a WAV file (Fig. 6).

At this point, you have two options. You could drop two copies of the new dialog file on the timeline, mute the original tracks and use the Fill Left/Fill Right technique from before. But NLEs aren’t always good audio editors and your dialog track may need some extra quality time. 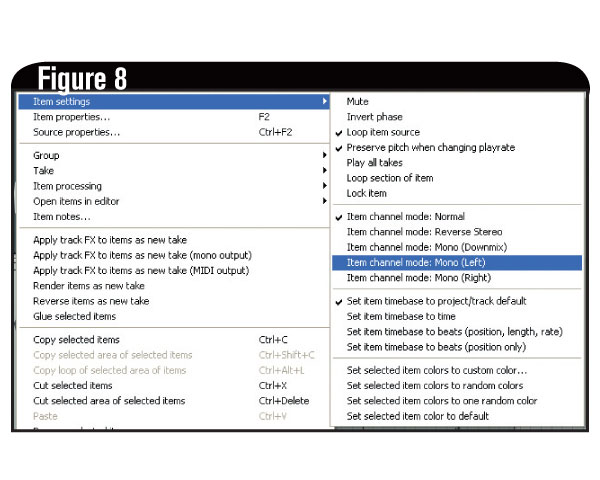 Every audio editor is different, and some offer an easy way to split your new stereo WAV file into two mono files. If not, there is usually an option similar to the Fill Left/Fill Right example we gave earlier. In Reaper, import two copies of your dialog, each on its own track. Right-click the first track and, in the Item Settings section, find Item Channel Mode. Apply a Mono (Left) version to the first track and a Mono (Right) version to the second track (Fig. 8).

Now you can mix, apply effects and completely control dialog from each character. When you’re happy with the mix, render a new WAV file and import it into your NLE. Be sure to mute the original tracks and check the lip sync of the new file. You have successfully taken your audio from the field to the final product.