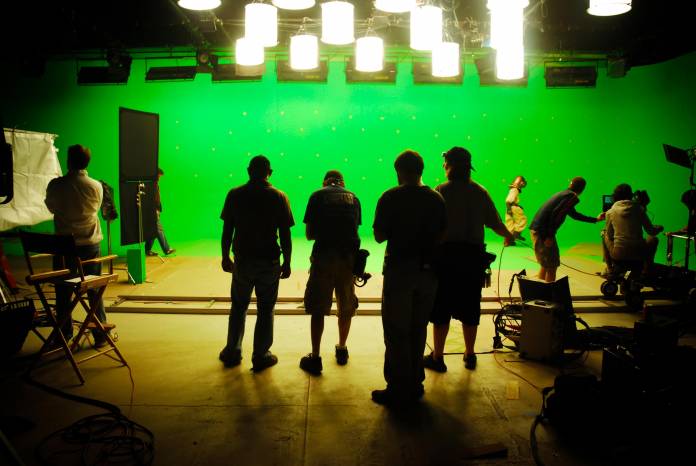 As giant blockbuster film franchises featuring fantastical worlds, powerful characters and thrilling adventures continue to dominate the box office, filmmakers rely on VFX more than ever to get viewers sucked into their stories. The promotional material for 1978’s “Superman: The Movie” had a tagline that focused less on the actual story and how entranced the audience would be by the film’s groundbreaking visual effects. “You will believe a man can fly.” They were right.

Visual effects have come a long way since the era of Christopher Reeve’s Superman. Whether it’s giving the Marvel Cinematic Universe superheroes their wondrous powers, creating epic space battles in “Star Wars,” or bringing fully CGI creatures to life like the upcoming “Godzilla vs. Kong,” visual effects are an indispensable filmmaking tool.

However, visual effects — or VFX for short — are often confused with another similar tool, special effects. There’s a crucial difference between these two terms. Special effects refer to practical — usually physical — effects that are typically captured in-camera. From atmospheric effects like artificial rain, wind and fog, to the use of miniatures, puppets and animatronics, pyrotechnics and beyond. Special effects are “real” effects captured on set.

Visual effects, in contrast, are all of the effects that you can’t capture practically on set. These effects are either too expensive, dangerous or simply impossible to create. Lightsabers (unfortunately) don’t exist, so they are created digitally using VFX. The Hulk is a result of VFX — no person is that big in real life. Explosions are often too dangerous, so VFX is a gamechanger. It’s safer for everyone that way.

It’s also important not to confuse VFX with motion graphics. These are animated text and graphic design. Visual effects tend to combine live-action footage with additional footage to create a final, seamless composited shot. Thus, they are an essential tool in a video editor’s arsenal.

In short, special effects come from the set. Visual effects come digitally in post-production. But “digitally” might not be the best word to use there. VFX have been around in film long before people started editing on computers.

The beginnings of VFX

The most notable pioneer of early visual effects was George Méliès, a French actor, director and film magician. Starting in 1896, he directed over 500 films full of cinematic spectacle through visual effects. Méliès would use a simple but brilliant technique to composite different shots into the same scene.

Essentially, he filmed a scene while a piece of glass — that had parts of it painted black — sat in front of the camera. This method ensured those black parts of the frame never exposed light to the camera’s film. Then he rewound the film and reshot the scene, but using a different piece of glass in front of the camera. This time, the parts that were initially black were transparent and vice versa. This technique allowed Méliès to combine multiple exposures into one final image.

The artist used this visual trickery to pull off whimsical effects. A perfect example is his 1901 film “The Man with the Rubber Head.” In this story, Méliès puts a disembodied but still living duplicate of his head on a table and uses bellows to inflate the head with air, causing it to double and triple in size.

Méliès accomplished this effect by combining multiple exposure compositing techniques with camera movement. By moving the camera forward and backward on a dolly track, the subject in the frame would appear to change size. The closer the camera moved toward the disembodied head, the bigger his head looked. Move the camera backward, and the subject would become smaller in the frame. Méliès composited the moving camera shot on top of the static camera wide shot to bring the illusion to life.

The most famous image from Méliès’ film wizardry is the iconic shot from 1902’s “A Trip to the Moon.” A spacecraft launches towards the Moon, which has a human face. As the spaceship lands, it hits the Moon in the eye. This shot would become one of the most iconic images in cinema’s history, indicating just how prominent and vital visual effects have been since the dawn of the medium.

The technique of compositing multiple shots together using black mattes developed further over the years to separate subjects from the background with increasingly fine detail. 1933’s “King Kong” used the Dunning Process technique to light the background in blue and the foreground subject in yellow. Using special filters and dies to separate the blue and yellow light, filmmakers could create a much more accurate matte.

1940’s “The Theif of Bagdad” won an Academy Award for its pioneering VFX, which filmed the actors on a blue screen. Blue worked because it contrasted from human skin tones, providing the best contrast for the subject and background. Blue screen technology improved considerably with time and has cemented itself as a fantastic way to composite shots together. Filmmakers still use this technique over 80 years later.

As post-production in filmmaking became increasingly digital, green became the color of choice for compositing. Green screens are far more prevalent today for digital productions for many reasons. It’s cheaper and easier to light than a blue screen, the garish, vibrant green was a less common color for costumes than blue, and digital camera sensors pick up more data from green light than red or blue.

Also with the rise of digital filmmaking came computer-generated imagery or CGI. From the liquid alien lifeforms of 1989’s “The Abyss” to the liquid metal T-1000 in 1991’s “Terminator 2: Judgment Day,” digital computer imagery was getting good at creating glossy, fluid subjects. But 1993’s “Jurassic Park” took CGI technology to new heights. The initial plan for the dinosaurs was stop animation. However, Steven Spielberg wanted lifelike dinosaurs. Animators at Industrial Light and Magic created CGI replicas of the dinosaurs, and the results wowed everyone involved, including audiences upon the film’s debut.

Motion capture technology has also greatly improved the believability of CGI characters. An actor wears a specialized motion capture suit that records the performer’s movements to a computer. Animators take the data and apply that performance to a CGI character. A great example is Andy Serkis’ portrayal of Gollum/Smeagol from “The Lord of the Rings” trilogy. Another is Mark Ruffalo’s Hulk from the Marvel Studios film franchise. Marvel films serve as a shining testament to how far visual effects have come in the last century.

There’s a mentality that films these days use too many visual effects. Many feel we should go back to a time of “real filmmaking” without reliance on these tools. But as we’ve seen, filmmakers have been using visual effects since the very start of cinema to push the medium and tell stories that captivate audiences with wonder and excitement. Thanks to the pioneers of VFX, film has fewer limits than ever to bring your imaginative creativity to life.

If you want to create VFX for your film or video project, programs like Adobe After Effects for compositing and Blender for 3D modeling and animation work great. Try it out yourself, and go make something truly spectacular.