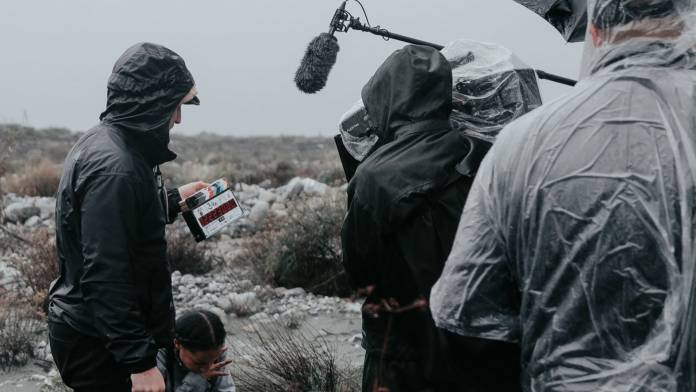 Finding a role in the video and film industry can be challenging. In fact, just finding a job title can be tough! Sure, there are some obvious ones like the boom operator, but what about the half dozen engineering positions? This article will shed light on several different types of audio roles in film and video.

On set, they are responsible for the recording all sound, quality control and making detailed notes. They work closely with the boom operator and sound assistant. If the sound during a take was not up to par, it is their responsibility to communicate that and ask for another take.

A good boom operator brings a working knowledge of microphones, upper body strength and subtlety. They assist other audio roles like the production sound mixer with capturing dialogue and providing optimal mic placement. Good control over the boom to keep it steady is a must. Boom operators can twist the boom to rotate the microphone to provide a small amount of directional tracking when an actor moves.

The boom operator must stay out of the shot which can require moving with the camera. It’s also important for them to read the parts of the script being shot that day and note any movements. A good rapport with the camera and lighting teams makes it easier to communicate, stay out of shot and avoid unwanted shadows.

It is not uncommon for the boom operator to double as the sound assistant. Setting up additional mounted, wireless or clip-on microphones can be done by either.

The sound assistant is similar to the studio assistant and sound engineer roles and perform similar duties. They report to the production sound mixer and boom operator and are there to help the sound crew. Responsibilities include setting up microphones, maintenance, cable runs and tear down. This is a great starting point for newcomers and offers exposure to a lot of core skills.

This audio role is the sound assistant’s post production counterpart. The recording assistant primarily supports the recording engineers. Their job is to have everything ready in preparation for the session and the engineer’s arrival. Their duties include setting up the equipment, cabling, patching and routing any additional equipment, plus tear down.

The amount of work required for a session will vary, supporting the soundtrack engineer to record a musical ensemble will be the larger undertaking compared to setting up for an ADR (Automated Dialogue Replacement) session. The recording assistant arrives early and leaves late. This is another great starting role that offers good experience in all facets of audio post production.

These two audio roles can be separate, but also easily combined because of the huge overlap. The dialogue editor is in charge of all spoken parts and ensuring that performances are clean and in sync. The editor cleans up the audio and removes unwanted sounds. Next up, they are tasked with tightening up any sync issues and making sure that all transitions are smooth and devoid of any abrupt cuts or fades.

The ADR mixing duties are much the same with the only change being that voice overs need to be recorded instead. Their core responsibilities are to ensure good sound quality through checking the equipment, good microphone placement and good lip sync. The ADR mixer is also the primary dialogue recording engineer for voice over and animated features.

The sound editor handles all audio editing duties. The first order of business is always cleaning up the audio tracks to remove noise, performance slips and evening levels. Later in production the focus shifts towards balancing, editing for narrative (be it adding or taking away) and exporting audio stems to various teams. Sound editing is a universal requirement in the sound department and is frequently combined with other engineering roles.

With that said this is the place to learn the ins and outs of editing and building up your DAW (digital audio workstation) chops!

The mark of a voice-casting director doing a great job happens every time we associate a voice with its character. One only needs to look at some of the animated greats of our time to hear good examples. Films like “Toy Story” and “Shrek” have immortalized the voices of the leading cast.

The mark of a voice-casting director doing a great job happens every time we associate a voice with its character.

The sound supervisor is one of the leaders in the sound department. They manage all aspects of audio post production and are there to provide a single source of truth to the director, producer, and editor. Like other roles within the department, the supervisor role can bleed into other positions. A supervisor by way of engineer, by way of sound designer is not unheard of.

Sound designers are the architects of the worlds we hear on film. Their role is to create and design immersive and captivating environments. Sound libraries play a big part and provide good base sounds that, with some coaxing and editing, become what the audience hears. Footsteps typically don’t require massive amounts of work, for example.

Another approach blends multiple sounds to create something new. This hybrid approach is common when making unique sounds for anything from spaceships to fictional creatures. Any sounds outside of this workflow are created by the Foley team and fed back to the sound designer for further editing.

We hear examples of the work of this audio role in effects like gunshots, laser blasts and explosions. More subtle examples include environmental queues, ambience, creative uses of music and anything that wows the crowd or the one person that noticed. The sound designer is there to bring order to chaos and to deliver a believable and convincing environment.

Foley artists create additional sound effects using props to act the sounds out. This requires a blend of imagination, acting and timing. Good communication between the foley artist and mixer makes this process much faster. Being a foley artist is an incredibly satisfying role and some have made careers out of it.

The foley mixer supports the foley artist and is present during the recording sessions. Good communication between the mixer and artist will result in quicker and smoother takes. The foley mixer should be keeping notes, particularly keeping track of the good takes.

Behind every film score and piece of movie music that has emotionally moved anyone is a great composer pulling the strings. They hold one of the most important audio roles, being tasked to score music that depicts a film’s meaning and accents key moments. This includes themes and motifs for characters, environments and set-piece scenes. Composers typically hold at least a bachelors degree in music composition.

The music has to illustrate a broad range of emotions, from joy to sadness. Once the score is written the next steps involve the music director and sound track engineer to begin recording.

Have you ever wondered when and how all the different audio elements in a film are combine? This is it! The re-recording mixer compiles the dialogue, foley, effects, and music and imports it into the final project workspace. This is where the final mixing, balancing, automation and export take place.

A big part of this role caters towards musically themed productions. The musical director typically works with the musicians performing the score. The music director’s first order of business are music rehearsals, where the cast learn and rehearse all the musical numbers. This involves singing lessons for the cast, while the crew learns all the blocking and movements.

Theatre productions often use live bands. The music director works closely with them during rehearsals and conducts the band during shows.

The role of a music editor is tightly coupled with the composer and re-recording mixer. Their role works on the editing and placement of music in any required scenes. The process is iterative and ongoing with additional changes being needed for recut scenes.

Musicologists hold a unique audio role, since they are academically trained and specialize in music history and education. They provide consultancy services to the film and theatre industries with their musical planning. This includes the authenticity of music for period accuracy, whether a composition or score is indeed original, and looking out for copyright infringement. Musicologists are the fact checkers of music for theoretical and legal correctness. 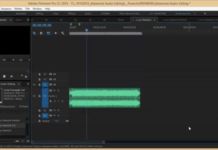