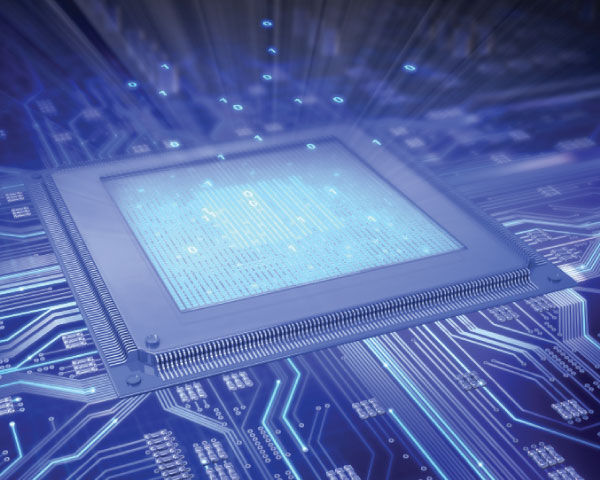 Are you ready for 64 bits? Like the American westward expansion, it’s about opening up new vistas and wide open spaces – but for video editing tools – which have become cramped and slowed by the demands of working with more applications, using higher resolutions, and applying a ton more layers and streams.

Current 32-bit systems can only address a maximum of 4 gigabytes of memory – paltry now even for a memory card. 64-bit addressing expands beyond terabytes to 16 exabytes (17.2 billion GB). Besides room to handle more and bigger frames, 64-bit also allows you to run more programs simultaneously and switch quickly between tasks.

Video production tools from companies including Adobe, Avid, and Sony have been making this transition for several generations. Then, October 2009, Adobe pre-announced that its next major release of After Effects and Premiere Pro will complete this process, to be optimized only as 64-bit applications, which will no longer run on 32-bit systems.

One result of this optimization is what Adobe has dubbed the new Mercury Playback Engine for rendering video in Premiere Pro. This combines four key elements: 64-bit native code, greater memory addressing, additional CPU (Central Processing Unit) optimization, plus off-loading visual effects to the graphics processor (GPU). Adobe reports that you can open projects faster and scrub and play in real time, applying multiple color corrections and effects across many video layers, even on complex HD timelines with thousands of clips. In addition, as more processing is off-loaded to the GPU, the CPU can be significantly freed up for additional background processing such as exporting clips in the Adobe Media Encoder.

In fact, 64-bit is already here. You don’t need to buy a new system — your current workstation is probably 64-bit ready, as computers have been shipping for years with 64-bit capable processors, including the Intel Core 2 Duo and Xeon. (You can verify your system’s capabilities with the Intel Processor Identification Utility.)

On the PC, you will need to move to a 64-bit edition of Microsoft Windows 7 (or Vista). This requires a custom install, including re-loading your applications. You also will need to upgrade to new 64-bit drivers for your hardware. (Use the Windows 7 Compatibility Center to check your system for hardware and software compatibility.)

Then you can finally expand your system with more memory. Adobe recommends 8GB for running individual video applications, 12 to 16GB for running the full suite on typical projects, and stepping up to 32GB for working with the intensive higher-resolution projects. The result is a big performance improvement for your applications, and more elbow room for working intensively in multiple applications – for a lot less than the cost of a new system.

If you are interested in a new system for video production, the software companies continue to partner with manufacturers including Dell and HP to provide recommended system configurations. For example, Adobe is using the HP Z800 Workstation for 64-bit development, with Xeon Quad Core processor, and upgradable to 192GB of memory. Notebooks, however, often have limited memory expansion, so check for at least 8GB. Adobe has been working with systems including the Apple MacBook Pro, HP EliteBook, and the Dell Precision M6500, with the Core i7 Quad Core processor and up to 16GB.

Today’s video production tools are well capable of taking advantage of these new processors from AMD and Intel, especially spreading processing across multiple cores for better parallel operation. In addition, Adobe has optimized its new applications for the NVIDIA CUDA technology, beginning with a few specific graphics cards for PCs and Macs. You can start with the NVIDIA GeForce GTX 285 for around $400. Or, step up to the NVIDIA Quadro FX line, designed for industrial performance and reliability, and for prolonged use, without fixed limits. Priced around $1000 to $2000 and up, depending on interfaces, these support from HD to 2K to multi-stream 4K production. They also can utilize the Elemental Accelerator plug-ins for further off-loading high-speed encoding to the GPU.