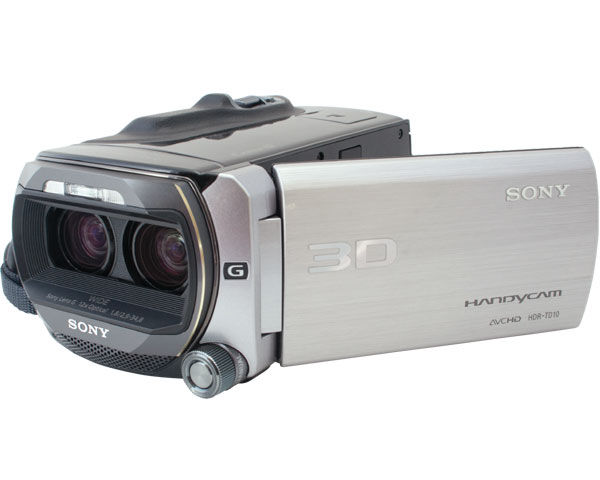 The uncertain future of 3D has left many video creators reluctant to invest in 3D equipment, and rumors of cumbersome file formats have left many shying away from the technology all together. Fortunately, the Sony TD10 soothes many concerns by providing users with both 2D and 3D shooting capabilities.

By appearances alone, it’s obvious that the Sony TD10 is not your run-of-the-mill camcorder. The two wide-angle G lenses instantly set the camera apart from typical 2D single-lens cameras. Additionally, its brick-like shape further distinguishes the TD10 from other camcorders. The rectangular form seems a bit odd at first, but surprisingly fits rather comfortably in the hand and balances nicely in a variety of holding styles. 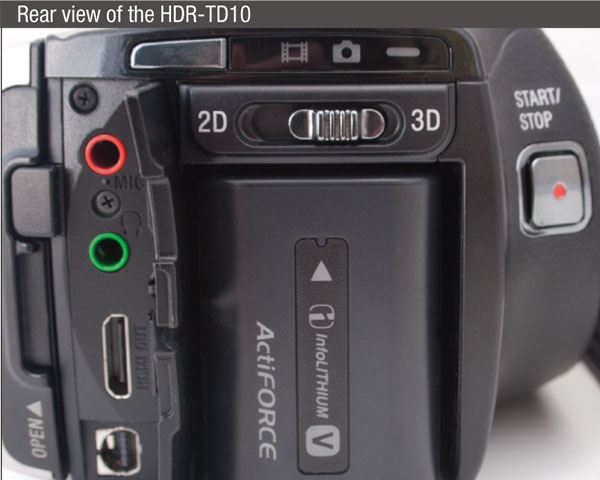 The buttons found on the outside of the TD10 are standard to most consumer camcorders: a start/stop (record) button; a wide/telephoto rocker; a photo button for taking stills; and a dial for setting manual controls including new-kid-on-the-block, 3D Depth Adjustment, which provides manual control of convergence in your 3D scene. The 2D/3D switch on the rear of the camera makes it easy to quickly switch from one format to the other and a Mode button allows you to switch between video and photo mode. However, photo capability is only available in the 2D mode, as are a handful of the manual controls.

Should the 3D display cause any viewing discomfort there is an on/off button that allows the user to continue shooting in 3D while monitoring in only two dimensions. While we didn’t experience any problems viewing the 3D image, it is a nice option to have available. In addition to physical buttons, a myriad of controls can be found within the Touch Panel LCD screen.

To power on the camera all one has to do is flip open the LCD screen. The 3.5-inch parallax barrier screen crisply displays your image in glasses-less 3D while in shooting mode or in playback mode. The clarity of the immediate 3D preview is really quite astounding and unmatched when compared to other models. Additionally, the glasses-less 3D screen provided us with an instant way to monitor our 3D footage.

Shooting 3D video with the Sony TD10 is as easy as turning it on and pressing record. That being said, the camera does require some practice in order to achieve a consistently good 3D shot. Due to the nature of fixed dual lenses, objects located closer than three feet to the TD10’s lenses resulted in ghosting, a quality that is not only bothersome to the eyes, but detracts from the 3D effect. Objects too far away had a tendency to flatten, lessening their 3D appearance. Fortunately, the glasses-less 3D monitor allowed us to quickly determine if repositioning was needed to acquire a better 3D image; a mistake that would otherwise only be realized in post production. The TD10 also features Sony’s Optical SteadyShot Image stabilization, which resulted in noticeably smoother handheld shooting. 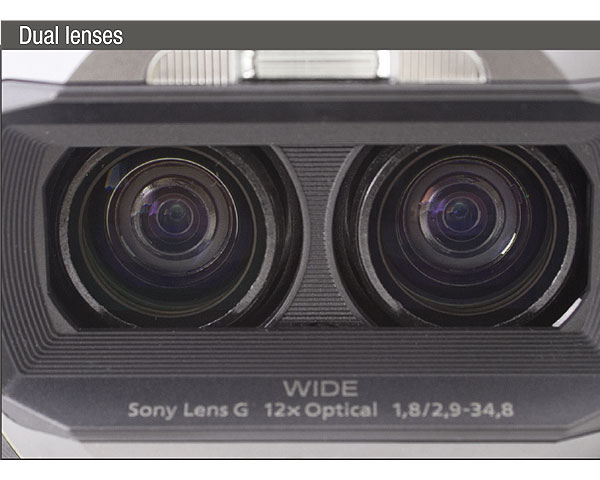 One of our favorite things about the TD10 is that you’re never stuck with the 3D footage, which begs the question: why shoot in 2D at all? The Sony TD10 features two Full HD (1920×1080) 1/4-inch Exmor R CMOS sensors – one for each lens. The dual sensors not only provide for a higher resolution 3D video (as opposed to two images having to split the resolution of a single sensor), but they also provide the user with the choice to pull captured video from a single sensor for 2D use. We were delighted to find that we could shoot everything in 3D and still edit and watch a 2D video with the same footage. 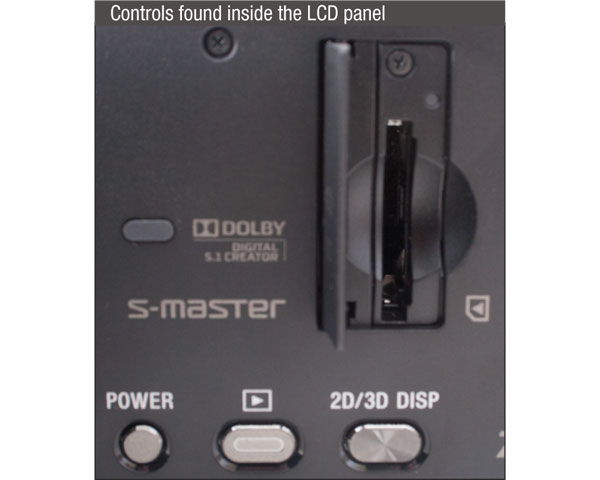 Playing our footage back on a 3DTV was surprisingly simple. The only action required was to plug the camcorder in via HDMI cable and pres play. Despite the lack of time spent planning our 3D scenes, the resulting 3D video was impressive. Our flowers popped off the screen and our courtyard appeared to be right there in front of us.

Despite any prior reluctance to embrace the third dimension, we were surprisingly pleased with the Sony TD10. The safety net of the omnipresent 2D video gave us the confidence to shoot anything and everything in 3D, while the TD10 provided a quality 3D video with little to no effort. When all was said and done, we found Sony’s TD10 to be a great option for those wanting to produce their own videos that, quite literally, pop off the screen.

Fun, easy and effective 3D video with the option of 2D video at any phase makes the TD10 an excellent choice for bringing depth to your scenes.