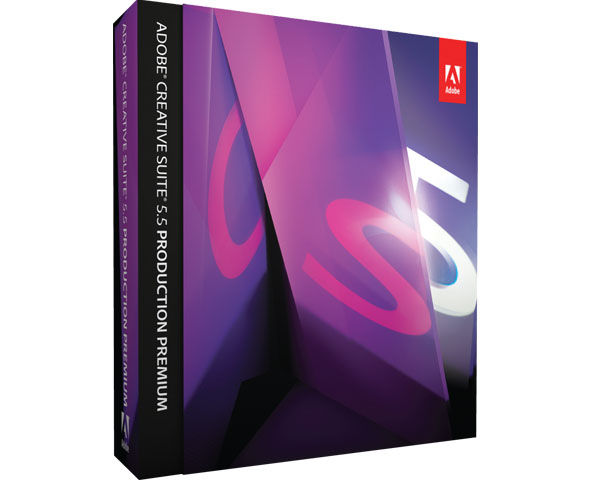 Adobe released version 5 of its Creative Suite collection back in May 2010, built around fourteen core applications in design, Web, and production suites, spanning the creative workflow across print, web, video, interactive, and mobile. For video production work, CS5 emphasized performance to meet the challenges of higher resolutions and editing with native file formats, moving Premiere Pro, After Effects, and Photoshop to full 64-bit applications on both Mac OS and Windows. Premiere Pro CS5 also added the GPU-accelerated Mercury Playback Engine for real-time HD editing and playback.

Now a year later, Adobe has returned with Creative Suite 5.5 – not updating the entire suite, but some key components including InDesign and Dreamweaver, plus significant updates to the video production tools.

CS5.5 also adds the full Adobe Audition audio editor into the suite, replacing the simpler Soundbooth tool from CS5. Audition provides deep support for multi-track recording, nondestructive editing, and mixing (now including native multichannel support for 5.1 sound), plus audio restoration and effects. Plus, the new Audition is native on Mac and Windows, with a rebuilt multi-threaded playback engine to import and edit and apply effects in parallel. Adobe has also introduced a new subscription model, so you can download and run the tools you want on demand, and pay for them only when you need them.

The pricing of CS5.5 components stays the same (Production Premium for $1,699, After Effects for $999, Premiere Pro for $799, plus Audition for $349). But now subscription access to the entire Creative Suite Master Collection (Design + Web + Production) is available for $195 a month (or $129 a month with a one year subscription), the Production Premium suite is $129 ($85 a month with a one year subscription), and individual tools like Premiere Pro are $59 ($39) and Photoshop Extended is $75 ($49). The subscription model provides a way to get started and experiment with these tools, try out more elements of the full suite, satisfy temporary staffing demands, and stay current with the latest versions without additional fees.

The improvements in CS5.5 Production Premium extend themes that we have seen developing in previous versions of the Creative Suite.

You can control corrections of position, scale, rotation, and perspective, and even choose to have the edges around the corrected frame cropped, or intelligently filled using information in adjacent frames.

After Effects CS5.5 adds new camera and lighting effects, with Camera Lens Blur for realistic defocused blur with depth-of-field soft focus and halos, and Inverse-Square 3D light falloff for a more real-world effect. Use the Create Stereo 3D Rig option to set up a stereo-ready 3D image pipeline to work with stereo scenes that use the After Effects camera. And for editors experienced with other editing programs, Premiere Pro adds keyboard shortcuts for many systems including Avid Media Composer and Final Cut Pro.

To extend the range of platforms for high performance, the Mercury Playback Engine in Premiere Pro CS5.5 adds more GPU-accelerated effects and transitions, including speed changes, footage formats, field order, Film Dissolve, and Fast Blur. Support for additional NVIDIA graphics cards includes mobile video cards for Windows, so with 64-bit laptops and mobile GPUs it’s now feasible to edit on a laptop in the field, on location or while traveling.

Then use the redesigned 64-bit Adobe Media Encoder to render Premiere Pro video sequences, After Effects compositions, and Encore projects, in multiple formats, and in the background as you continue working. You can monitor progress in the queue, and add new clips via the new watch folders option, which can be configured with different encoding settings.

Adobe has been focusing on metadata in the Creative Suite, adding pre-production tools like the Adobe Story CS Live online service for collaborative scriptwriting and expanding OnLocation to better track shot information, so the information can move through the editing workflow. You then can take advantage of the metadata in production, for example to better search and manage clips in Premiere Pro, and then in delivery, by making Encore web DVD content searchable.

CS5.5 now can import Adobe Story scripts directly into Adobe Premiere Pro to match the text for each scene to the associated clips, and then associate them with the automated speech analysis from the soundtrack.

The applications in the Adobe suite work together so you can edit individual components of a production with the most appropriate tool without needing to spend time pre-rendering or managing intermediate files. In addition to direct Dynamic Link between After Effects, Premiere Pro, and Encore to edit and use sequences without intermediate rendering, Premiere Pro CS5.5 also provides roundtrip integration with Audition to polish audio tracks.

And to integrate with other products, Premiere Pro CS5.5 adds improved roundtrip editing with Apple Final Cut Pro, along with the existing support for working with Avid NLEs. Audition also works with other DAWs (Digital Audio Workstations) including Apple Final Cut Pro and Avid Pro Tools via cross-platform interchange through OMF and XML formats.

The range of delivery options continues to grow, beyond conventional computer and Web formats to smartphones, portable devices, and Internet-enabled televisions. The updated Flash Professional CS5.5 adds multiple-target management features to deploy your project to a wide range of screens and devices including via Adobe Flash Player, Android, iOS, and Adobe AIR.

Then Device Central CS5.5 allows you to simulate mobile content using a growing library of device profiles, including multi-touch controls, network performance, and accelerometer and geolocation features, now with support for HTML5, WebKit engine, and the latest Flash Player software.

So what does the new CS5.5 Production Premium tell us about Adobe’s ambitions and the state of video editing? Part of this is a continuation of trends across previous Creative Suite releases – smoother workflow in response to customer feedback, focus on cross-platform performance (Mac / PC and workstation / laptop), interoperability within the suite, and open formats to work with other products. There’s also a strong push by Adobe further into the broadcast and film markets, with end-to-end metadata starting with scriptwriting, RED camera support, and rapid editing and multi-format delivery in news broadcasting. But at the same time CS5.5 expands options for independents, with fully-accelerated editing on laptops, native support for DSLR video cameras, and Audition now on the Mac with deep audio correction and enhancement tools. And don’t forget the subscription access to any or all of the suite of CS tools, available when needed, or just to experiment with Photoshop workflows – Adobe Color Lava for Photoshop, Adobe Eazel for Photoshop and Adobe Nav for Photoshop.