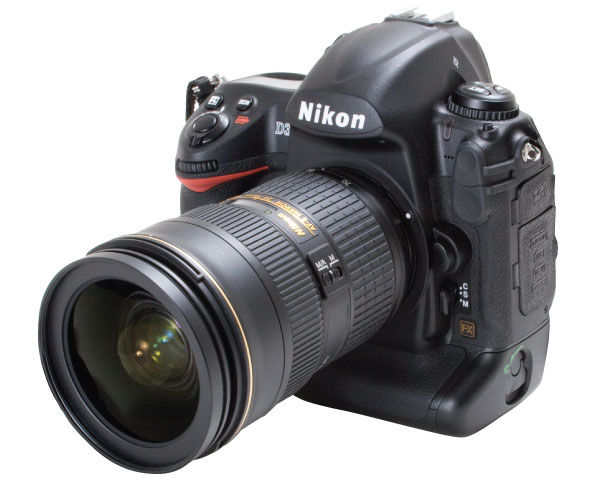 Nikon has a new iteration of the very popular D3, their professional-level DSLR. It’s called the D3S, and it is the latest Nikon Camera to add HD video to its repertoire. This 12.1 megapixel, full-frame camera can be coupled with many full-frame lenses for numerous creative possibilities. It shoots 720p HD video, and stills at up to 9 frames per second. With so many video DSLR choices on the market, how does the Nikon D3S hold up? 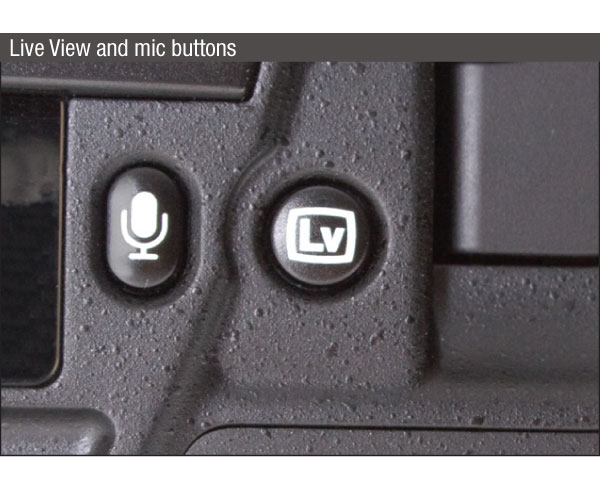 Pulling the D3S out of its box, it became immediately clear that Nikon was packing as many features as it could into this large frame. At 2.73 lbs, the body is significantly bigger, and heavier than most DSLRs. With the addition of the 24-70mm f/2.8 Nikkor lens at just under 2 lbs, it becomes quite a hefty camera. (note: DSLR cameras don’t usually come equipped with a lens, as those are choices each user makes, however Nikon sent our review camera along with the Nikkor lens pictured, for the review. We did not review the lens.) Throw on an external microphone or flash, and it becomes massive for a DSLR. Part of the large body is a horizontally mounted grip and shutter release on the bottom of the camera. For videographers, this is a feature that will receive very little use, though for photographers who are used to awkwardly dangling their cameras sideways for portraits, or having to purchase add-on battery grips, this is a comfortable solution. 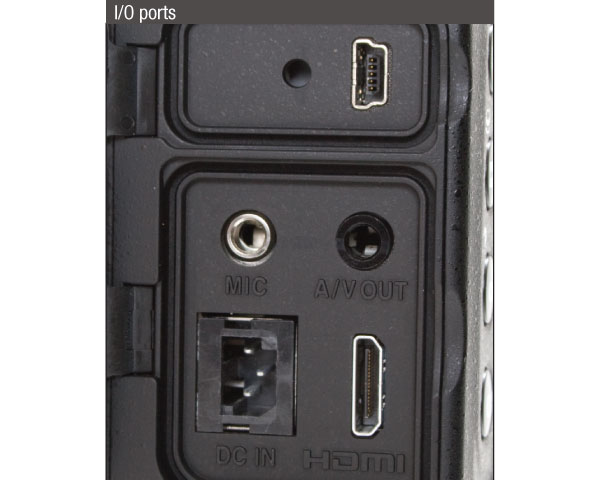 Fans of Nikon will be happy to know that the button layout of the D3S is almost identical to that of the older D3, and similar to the D700 and D300S. Buttons and switches are fairly easy to reach, as are the control wheels for aperture and shutter speed. Changes come in the form of an info button on the bottom left of the bright 3-inch LCD screen, and a live view button on the bottom right. On the left side are weatherproof seals, hiding audio and DC inputs, as well as AV and HDMI outputs. A flash sync terminal and a remote terminal are located just in front of these. Like many other video DSLRs, the recording functions are controlled mostly within the Live View of the camera. Most adjustments, such as metering, ISO, and exposure, are shared between video and still image mode, allowing for fast transitions from one to the other. The buttons, dials, and switches all have a solid feel to them, with the exception of the directional pad, used to navigate the standard menu system. It feels somewhat mushy, and has a lot of travel before registering an input. Aside from this, the overall build quality of the camera feels extremely solid. 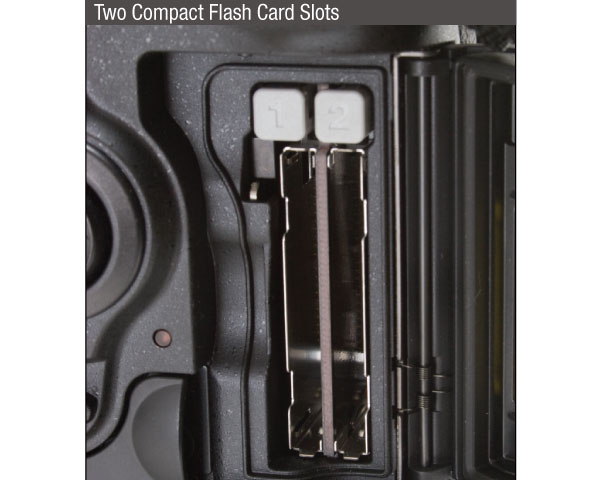 At first glance, the D3S looks to be an older D3, with the added capability of shooting HD video. Nikon, however, has made some very important improvements over the previous generation. The most notable is the new, super high sensitivity, 12.1 megapixel, full-frame sensor. It features a ground-breaking ISO of 102,400 at the highest setting. Simply, this means high shutter speed in very low light. The ability to take handheld shots in a dimly lit room with minimal or no flash cannot be overstated. For sports or wildlife photographers, this incredible ISO range in conjunction with the nine frames-per-second burst mode means 48 shots in a row of crisp, fast-moving action. With two Compact Flash card slots, you won’t run out of memory, or mix up your pictures and video. The second card slot can be used to separate RAW from JPEG or stills from video. It also can serve as a safety backup or as overflow when your first card fills up.

The same high ISO settings that make the D3S a versatile, still-image camera, allow it to record video at incredibly high sensitivities, with less noise than most any other video DSLR. When combined with an extremely capable lens, such as the very sharp 24-70mm f/2.8, a lot of creative possibilities open up. Scenes that were too dark in the past are now possible. Colors are vibrant and smooth, contrast is accurate, and the 24 frames per second give a cinematic feel to the footage. On the other hand, 24p is the only frame rate supported on the camera. Unlike many competing DSLRs, the D3S cannot shoot in 25, 30, or 60fps, and therefore is hard to rely on for fast-action, or television production. On top of this, the resolutions are limited to 720p, 640×424, and 320×216. This again falls short of many competing cameras, some at lower price points. The video on the D3S looks best when exposure and focus are adjusted manually. Autofocus is enabled in record mode, but noise from the lens, as well as jerky, inaccurate focus, makes it mostly useless. The mono microphone is adequate for basic audio recording, but the microphone input on the side of the camera is a much better option. Overall, the D3S video is good, but it can’t take the place of a full featured video camera, or some of the competing video DSLRs.

As a still camera, the Nikon D3S receives a whole-hearted recommendation. It’s great for professional photographers looking for a top level camera that thrives in a variety of difficult shooting situations. As a stand-alone video camera, the D3S is difficult to justify. While the quality of the video is good, it doesn’t have enough features to make this latest Nikon effort stand out from the crowd. It’s hard to ignore lower priced DSLRs that have more robust video features and higher video resolutions, even when you consider the impressive low-light capability. Without the ability to shoot 1080p, or frame rates above 24p, the D3S is a still camera that can shoot video, but not a video camera in its own right. Like its predecessors, the D3S is aimed squarely at the professional photographer. Incredibly sharp pictures with amazing color, all taken in lighting situations you never thought possible. It lacks the serious features to make it a competitive camcorder, but for the sports, wildlife, and wedding photographers out there, the Nikon D3S is an intelligent choice.

The D3S is aimed at the professional photographer or video producer. Combining crisp pictures with amazing color and the abilities to shoot in any lighting situations possible changes the rules from ordinary video capture.

Tom Cunningham is a video enthusiast and photographer working in the video and still camera retail industry.