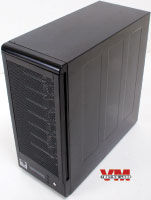 A network attached storage device (NAS) is a simplified server with the primary purpose of storing data that can be accessed by several different people at the same time. The advantage of having an NAS instead of more hard drives is ease of use.

A standard computer case can hold only four hard drives. Sharing hard drives on a computer can be troublesome and insecure. When a hard drive crashes on a typical desktop computer, all the data is usually lost. NAS devices are stable and can store the data in a RAID, so when there is a hard drive failure, the data is not lost. With a RAID, data is copied and stored on multiple hard drives instead of one. Standard RAID formats for data consistency are RAID 1 and 5. A RAID 1 is a mirrored volume – when one drive fails, the other has all the data. A RAID 5 requires three or more hard drives; one of the drives can fail and the data will be intact.

Having a NAS with RAID can eliminate the need to back up data in case of drive failure, but it’s still very prudent to have a set of backups on hand.

The NetDisk 8000V is Polywell’s latest network attached storage device designed with the home user in mind. It comes in three flavors: 4TB ($1699), 8TB ($2599) and 12TB. Polywell also offers a large range of rackmount NAS units with up to 48 hard drives. The NetDisk 8000V is straight to the point. It easily stores data on the network and lets other people use it. No complicated features and an easy setup.

Home Network Attached Storage, How Does it Work?

The Netdisk 8000V is relatively simple and requires very little technical knowledge. It comes with an easy to read setup guide with pictures and uncomplicated instructions.

For the novice users on a home network all that really needs to be done is plug the unit into the network and map the drive. The more advance user can use the web interface and change the IP address, share name, partition sizes, and users permissions. The unit supports RAID 0, 1, 5, 10 and the choice of having a hot spare (a backup drive in case one fails). The web interface lets you set an email address to notify about a hard drive failure and backup/restore the NAS configuration. It is also capable of being a simple FTP server to allow people over the internet to upload and download files. The front LCD will display the IP address of the unit and the status of the hard drives. The Linux kernel can’t be directly accessed so modifying or enhancing the system is not an option. If a person wanted to customize the NAS the easiest way would be installing a new CF card with a custom Windows or Linux install.

The NAS is running on a VIA “NAS-7800” motherboard. Essentially the NAS is a mini-server with a 1.5GHz processor and 512MB RAM. The motherboard comes equipped with 8 SATA channels, 1 IDE channel, 2 gigabit network ports, 4 USB ports, a CF card reader, and a standard DDR2 RAM socket. Unfortunately, the motherboard is only sold to system builders at the hefty price of $600. There is a 2GB CF card installed that is running the OS. According to Polywell’s web site the cheaper units come with a 1GB CF card. The hard drives are enclosed in the eight available hot-swap bays. There is a large 120mm fan that provides ample airflow for the hard drives. It is powered by an internal 300 watt Delta Electronics unit. On the front of the box there is a power button, a LCD display, and 3 buttons: up, down, and OK. The outside looks very stylish with a piano black finish. Opening the front cover reveals the eight hard drives each having a power LED and an activity LED.

To test the HDD transfer speed a program called DiskBench was used. DiskBench tests the actual transfer speed of files compared to a rated transfer speed. With the 12TB setup in a RAID 5, the NAS was able to write files at 16 MB/s and read at 33 MB/s. Had the system been configured as a RAID 0, the speeds would have been greater. In comparison, standard write speeds are anywhere between 20MB/s and 40MB/s.

For those who don’t want to go through the hassles of building and setting up a NAS, buying this pre-configured setup is the next best thing. Not everybody needs to use 12TB worth of data. There are 4-bay NAS units that sell anywhere between $500 and $2000. For other people 12TB can quickly be filled up with video and other media files.

There are not that many 8-bay NAS units available and many of them are very pricey. This unit is one of the cheapest 8-bay 12TB setups we’ve seen. If you need to store a lot of data that you do not want to lose then this is the product for you.

For individuals concerned about losing important data or a business looking for a way to control and share data the Netdisk 8000V is a great solution. Not only is it cheaper than the competition but it’s easy to use. The only major downfall is the slower than average data write speed.

The Polywell Netdisk 8000V is cheaper than standard 8-Bay NAS units, easy to use, and a stylish addition to your desk.