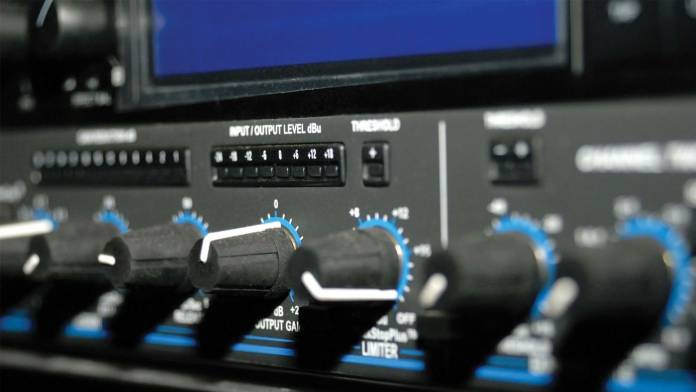 You just sat down, you got your jumbo popcorn in one hand, your overpriced candy in the other. The lights slowly fade down… It’s preview time! The announcer reads, in a sweet, sultry voice, “Coming this summer…” Your seat rumbles and you can feel his voice in your chest. It’s very likely if you met the man speaking on the street, his voice wouldn’t invoke the same magic. This is a classic situation where the knowledge of compressors not only has changed the viewer’s experience, but also has made a man with a voice a career. Many voice over artists keep their compressor settings and even the brand of compressor they use a trade secret. Even going as far as to put that compressor on their phone, so they always have that BIG voice.

Being able to adapt the knowledge of how to operate the compressor/limiter to different situations will refine your ability to get the most out of your tools.

Compression is one of the most used audio processes out there. It can make even the smallest sound BIG! Simply put, a compressor controls the dynamic range of whatever sound you are putting through it. It can be used to reduce the volume swings from a sound source with a huge dynamic range (a large dynamic range is something that is both quiet and loud), or to simply accentuate the warmth of a voice over. In the field, I encounter the need for a compressor often when dealing with on-camera dialogue. There is a scene in Austin Powers where because of the “de-thawing” process, he (Austin Powers) has a hard time controlling the volume of his voice. Yes folks, you will encounter this in real life. As intensity increases, so does the dynamics of one’s voice. A compressor will control the dynamic range so that you don’t get too loud, or too quiet. The tighter you compress, the less the dynamic range you’ll have. A good visual is a soda can being crushed. The can as it was made is one size, but when you crush it, or compress it, it is now not as tall. You now have just as much can as before in a smaller tighter package. A compressor does this too, but to an audio signal.

A limiter does something similar to a compressor, in fact, most compressors can effectively be limiters. A limiter is a process that is set up to limit a given sound source from peaking above a certain level. A compressor set with the high ratio (20:1 or infinity:1) will act as a limiter. A limiter is very helpful in broadcast television and music mastering. It sets a ceiling that can’t be passed. For TV, it can allow the producer to make their product as loud as it can be, without breaking FCC laws (see the CALM Act), making their product pop out of the crowd. In music production and music mastering a limiter will allow the music to be as loud as other recordings. How much compression and limiting should be used is a highly contested topic in music mastering, often referred to as the loudness wars. Compressing or limiting the audio signal so much that there is no dynamic range but rather a wall of sound creates a louder perceived volume. To truly gauge this, volume would be measured by the amount of dynamic range of the final product instead of the maximum peak of the output. Depending on the type of music, this can be detrimental, or it can slam that bass line or make that kick drum hit. Personally, what I think is correct is based on what the artist was intending. I doubt very much that a classical composer ever desired their music to be heard with very little dynamic range. Some music is meant to have many highs and lows, others are meant to slap you in the face.

Compressors and limiters can be placed in different parts of the signal chain. They can be the first thing the signal hits, or they can be the last. The placement in the signal chain differs greatly due to the desired outcome. I find it fun, in a DAW, to move the compressors around, to see what I like best. Sure, there is best technique. But rules are meant to be broken. Understand how it should work, then get creative and use it differently. Some of the best discoveries in audio engineering have come out of experimentation. If you compress an input as the first part of the signal chain, when you add effects, the effects won’t be compressed.

Same thing with EQ, if you compress pre-EQ then the EQ you add or subtract won’t affect how the compressor works. If you put it after, it will increase the perceived amount of effect or EQ. There are multi-band compressors that split the signal into different parts, allowing one to change the settings on different bands of eq. So your lows can be compressed differently than your highs.

So now you know what compressors and limiters are, but you still can’t make one work correctly. This is a common problem. With digital recording, many compressors and limiters start with preset settings. This causes a bit of laziness to the user. However, if you want to get the most out of your product, its best to understand the basic controls. Because there isn’t a set way to compress this or that, knowing how to tweak those presets will make your end product one step above the rest.

There are six parts to a compressor/limiter you need to understand. Threshold, also known as input gain, attack, release, ratio, makeup or output gain. Let’s explore these controls further so when it comes to turning a knob or adjusting a digital compressor, it won’t be a shot in the dark.

Threshold or Input gain – the threshold is where the compressor will begin to reduce gain. 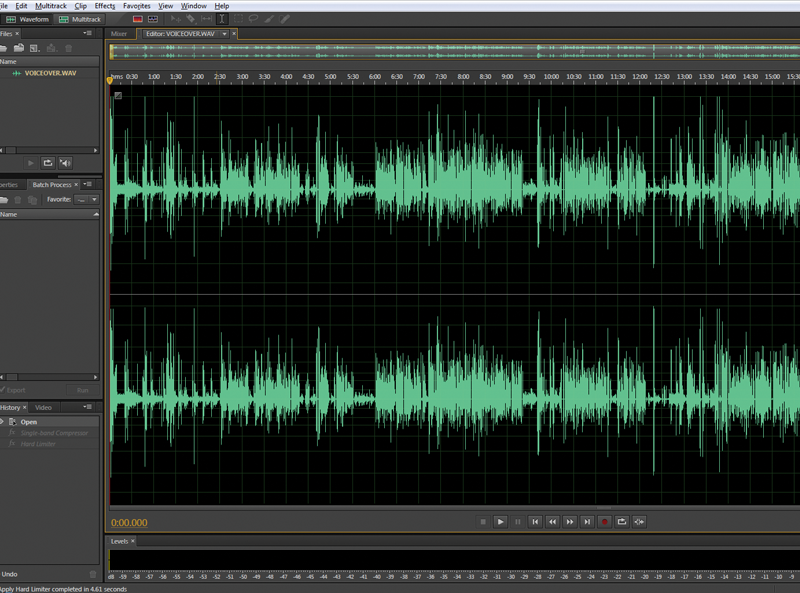 If the level of the sound source is above the threshold the compressor will start to attenuate the signal. 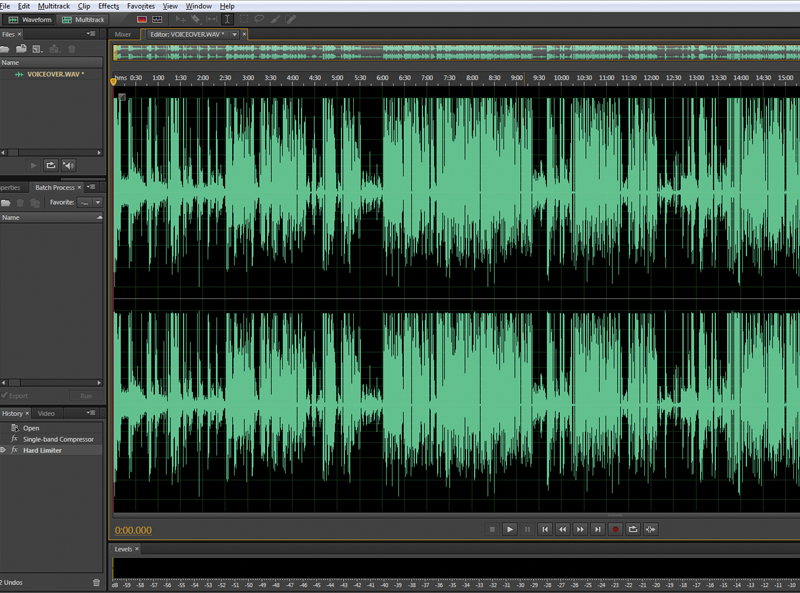 An example would be if the threshold is at -12db then any input level above -12db would be reduced.

If the input is below the set threshold point, then it would not be affected by the compressor. When the input level goes above the threshold you set, the compressor reduces the gain by a factor you specify known as the Ratio.

Ratio – The ratio is the strength of the compressor. It’s how much attenuation is applied to your input when it goes above the threshold you set. The ratio is made up of two numbers. The first number is the input and the second is the output, let’s take 2:1 as an example.  2:1 means that the compressor will allow 1db of output for every 2db of input. At this ratio, an input that goes 8db over the threshold would be reduced by 4db on output.  At 5:1 an input  that goes 10db over would be reduced by 8db on output, because for every 5db over the threshold, it’s only allowing 1db of output.

Makeup Gain or Output Gain — Because you are compressing the signal being processed, the peak level is now lower than the original. The makeup gain, or output gain is where the final level is boosted because the product has been compressed. It allows you to have a healthy signal again, now controlled by the compressor.

Being able to adapt the knowledge of how to operate the compressor/limiter to different situations will refine your ability to get the most out of your tools.

Understanding these controls will help you use a compressor properly. There isn’t one way to compress signals, there are many. You can fry this fish five ways to Sunday. Although there are starting points, how you compress a voice over today, might differ tomorrow. This is mainly because the situations might be different, or you have a different need than before. Try out what has worked, try out what hasn’t. Being able to adapt the knowledge of how to operate the compressor/limiter to different situations will refine your ability to get the most out of your tools.

Pumping! Now we’re not talking about giving your buddy a ride home on the handlebars of your bike. It’s a phenomenon created by a misuse of a compressor. This doesn’t mean that it’s not done by great, famous and rich audio engineers, but rather is not something that a compressor was created for. Pumping is when you can audibly hear the compressor working. You will hear the sound pump in and out of the compressor. What you are hearing is the attack and the release, but instead of being subtle, as many use a compressor for, it’s audible. It’s a technique used for creative purposes. Pumping is also known as breathing. The technical term is noise modulation.