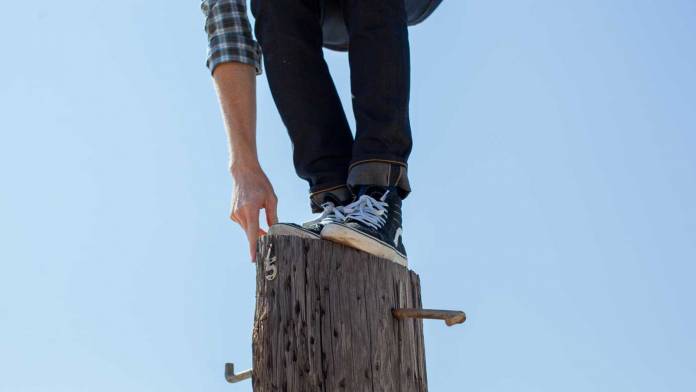 When most viewers watch a film with over-the-top movie stunts or an extreme video on YouTube, they might “ooh” or “aah” at the stunts or dangerous activities but their involvement usually ends there. Some daredevils, however, treat such videos as invitations to copy or re-create. Their activities may lead to serious injury to them as viewers, but if you are hired to record such activities, it can also result in serious legal consequences to you as a videographer.

If you’re interested in creating and sharing videos of you or your actors performing dangerous stunts, lighting homemade fireworks, or anything in between, beware of the legal consequences you might face when a viewer attempts to re-create the stunts.

Viewer reenactment occurred when the television show Jackass aired on the MTV network from 2000 – 2002. It was also the basis for several big-screen films thereafter. In this show, a group of daredevils performed dangerous stunts and pranks that usually involved some form of injury to themselves or to other cast members. Though they clearly subjected themselves to pain, they were depicted as having incredible amounts of fun. It was only a matter of time before their stunts were copied by young viewers in uncontrolled environments and without proper planning and protection. Indeed, many kids seriously hurt themselves or damaged property attempting to re-create the stunts they saw on the show. There have been instances where teenagers suffered burns by setting themselves on fire, stopped traffic by running down the street with a chainsaw, and broke their legs attempting to jump over an oncoming car, all in an attempt to re-create what they saw on TV.

As far back as the beginning of broadcast TV, young, impressionable children, after watching Superman episodes, were donning red towels and leaping off steps and roofs, often visiting the emergency room before the end of the day.

Rod Serling lamented writing the screenplay for the movie, The Doomsday Flight in 1966, about an airplane skyjacker who demanded a cash ransom. After the movie was aired on TV, in 1971 a hijacker successfully duplicated the feat, getting a parachute to escape with his $200,000 ransom at 10,000 feet.

Later, in 1978, the movie, The Deer Hunter, provoked fears of viewers deciding to take the deadly challenge known as Russian Roulette.

Other examples of dangerous videos that have the potential of injurious recreation are car commercials depicting drivers performing risky maneuvers. Though these maneuvers are intended solely to dramatically advertise a car’s performance ability, individuals may actually attempt to re-create the type of driving shown in commercials. How can these commercials air when a risk exists of viewers re-creating what they see on television and injuring themselves? In other words, how can videographers protect themselves from liability from reckless viewers who try to blame them for broadcasting their videos in the first place?

Television shows such as Jackass or commercials such as the adrenaline-pumping car advertisements mentioned above often disclaim liability at the outset. This is generally accomplished through a “disclaimer,” or a statement warning the viewer of the inherent dangers of the video and of the fact that the acts in it are performed by trained or otherwise supervised individuals. These disclaimers usually end with a command for viewers not to try at home what they see on the screen. (See sidebar)

Despite its simplicity, the legal force of such a disclaimer is strong. Telling viewers, in plain language text, that they are about to see someone perform a dangerous stunt, set off homemade pyrotechnics, or drive backward at high speeds, but that these actors are trained professionals, can render ineffective a lawsuit by viewers who do indeed “try it at home” and hurt themselves. For example, the disclaimer preceding the show Jackass stated: “WARNING: The following show features stunts performed either by professionals or under the supervision of professionals. Accordingly, MTV and the producers must insist that no one attempt to re-create or re-enact any stunt or activity performed on this show.”

Despite its simplicity, the legal force of such a disclaimer is strong.

Qualifications do exist, however. Though there is no specific set of cases that discuss television disclaimers, consumer products have been injuring users for hundreds of years and, in this context and despite disclaimers, lawsuits have been filed and won, ultimately shaping the required language and form of disclaimers. For example, the Uniform Commercial Code, a set of federal rules regarding the purchase and sale of goods and services, states that a disclaimer must be “conspicuous,” meaning that it must somehow stand out in an otherwise long and wordy contract.

Moreover, the First Circuit Court of Appeals has held that “disclaimers or qualifications in any particular case are not adequate to avoid liability unless they are sufficiently prominent and unambiguous to change the apparent meaning of the claims and to leave an accurate impression. Anything less is only likely to cause confusion by creating contradictory double meanings.- Removatron Intern. Corp. v. FTC, 884 F.2d 1489 (1st Cir. 1989)

Video disclaimers are different in context, but the idea is the same – viewers should be fairly notified of any risks they might subject themselves to. The way this is done in the context of the UCC is through bold print, capital letters, underlines, and so forth. Similarly, videos may conspicuously place disclaimers at the beginning of a video, in large, clearly visible letters, etc., just as the show Jackass did.

Disclaimers, unfortunately, are not a panacea. If a disclaimer is found to be insufficient (e.g., if it flashes on the screen for a very short time, or cannot be read due to poor color contrast) or the risk of injury too great (such as a video that gives detailed, step-by-step instructions on how to create homemade pyrotechnics), a lawsuit may still have some merit. A lawsuit may be brought against you by a viewer of one of your videos who, despite seeing the conspicuous and well-intentioned disclaimer, hurt him or herself recreating a stunt or other dangerous act. The cost of such a lawsuit may be crippling, especially if the case is strong and medical bills are involved.

We advise you also to obtain insurance for protection against unforeseen costs – specifically legal costs. The professionals carry television production insurance, and so should you.

Insurance comes in many forms, but the most effective forms of insurance, in this case, would be Commercial General Insurance (CGI) or more specific Film and Video Production Insurance. Indeed, since injury from viewer re-creation may be long after the shoot itself is over, having general insurance might provide greater protection while Film and Video Production Insurance may be relatively short-term, for the duration of a shoot or only for a short time thereafter.

Below is a sample disclaimer that you might help you when you’re taking it to the extreme. Using bold print, capital letters and large, clearly visible type, conspicuously place the disclaimer at the beginning of a video. Use it as a graphic at the beginning of your video as well as in your text description. A voice-over accompaniment might be a good idea, too.

You are hereby notified that the stunts and tricks displayed in this video are performed by professionals in controlled environments, such as closed-circuit road tracks. Do not attempt to duplicate, re-create, or perform the same or similar stunts and tricks at home, as personal injury or property damage may result. The producer of this video is not responsible for any such injury or damage.