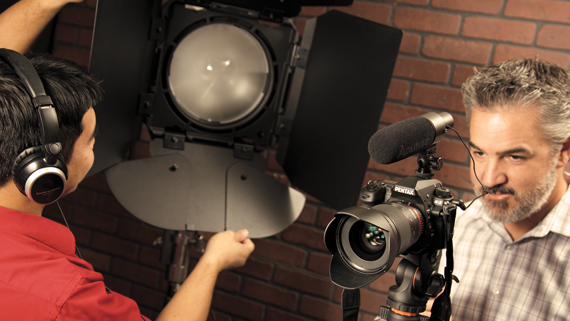 Anybody who worked on Michael Cimino's 1980's western “Heaven's Gate” or “Ishtar” are sick to death of them being brought up whenever anybody references multi-million dollar flops and I imagine that the producers of “The Blair Witch Project” and “Primer” got tired of talking about how they made a great movie with no money as well, but it holds true in Hollywood that having a lot of money going in doesn't always mean that you'll have a great final product. The obverse of this is that you can make a great production for a small amount of money if you spend your time, effort and dollars where they're most needed.

This month we're going to talk about places where you might shave money from your budget and some caveats about each of them. Ultimately it's for the director and the producers to decide together where best to save. If you're both director and producer, you'll need to be doubly careful because there won't be anyone to share the blame with at the end.

Cutting back on the number of crew members

Hollywood films have dozens, sometimes hundreds, of people working on crew, from lighting grips to computer technicians to electricians to carpenters; you certainly don't need all of them, but which ones do you need? Can you do continuity and direct at the same time? Can your lighting designer also be your boom operator? It's possible but remember, when you take away a dedicated person from a task, you open yourself up to problems. If your set designer is also handling your catering, you could be shut down or mobbed by angry crew members if a set emergency takes place and there's nobody available to make sure the food arrives on time.

You can make a great production for a small amount of money if you spend your time, effort and dollars where they’re most needed.

Pre-production can help you here; look carefully at the tasks that need to be performed and realistically at how many people you can have to perform them. It's always useful for the director to have a general assistant without specific tasks who can pick up things as they happen – wrangle model releases, get coffee, people from the airport or drive to the store and pick up C-clamps. Everything that you don't have a crewmember for becomes YOUR responsibility. So choose wisely.

As long as you can convince your friends and family that moviemaking is a glamourous job, it's possible you'll get people who want to help out and don't need to get paid for it. Free labor can be great except when it's not. Sometimes having a lot of unskilled people around can be more trouble than it's worth and you spend a lot of your time either showing people how to do things, or trying to invent jobs for them. Always be sure to compensate your volunteers even if it's not financially – it's just part of being a decent human being – this can be with a name in the credits, copy of the final product or something else. Also, you'll be expected to feed your volunteers while they're on set, keep that in mind.

Reduce the scope of your story

If you can start the epic tale of your plane crash survivor's life on a desert island after the plane crash, you can save yourself a lot of trouble in special effects. Is each actor vital to the story? Can roles be compiled? Scenes that aren't necessary removed? Also, think of scenes that can be consolidated – maybe your couple doesn't climb the Eiffel Tower on their first date, maybe they go to the laundromat together. Also, think of ways you can tell your story through inference rather than directly – a character looking out a hotel window and saying “I'm so glad to be in Paris!” might not be as effective as the shot of your couple at the top of the tower, but it can be a lot less expensive, especially if it's not even a hotel room, but the living room of a friend. Be careful not to pare back too much. Telling a story that takes place entirely in a rowboat has its own challenges.

Work with the gear that you have

I want every piece of camera equipment I see, for the most part. And I'm sure that my last production was ruined because I wasn't using it. That's a common feeling, but it's also important to write scripts around what's available – the equipment you own. Don't look for excuses to blow your budget renting helicopters and f.95 lenses.

Schedule everything in advance

Knowing what comes next is a critical part of production and keeps you from wasting time flipping back and forth through the script or wondering when the sunlight is going to come in through a particular window. Be sure to schedule when the set comes together and when it gets taken apart and schedule people so that they can always be useful. A grip sitting around in a folding chair staring at the ceiling is money you could have used for color correction in post. Does one crew member live near the lens rental place? Task them with returning that equipment on their way home. Does someone live near the fruit stand? Have them get snacks on the way in. I used to work in a bookstore years ago and had a boss whose policy is that nobody's hands could ever be empty, because if they were empty, they weren't actively DOING WORK. It made a lot of people grumpy but it got books on the shelves. There's a happy medium to being a draconian director nobody wants to work with ever again and using everybody's time efficiently. Crew members also don't want to sit around bored. If you're paying people, it's not your job to entertain them, but if work isn't rewarding, they won't come back to work on your next project. Find a balance and think of crew members as a long term investment across multiple projects; people work hardest at things they enjoy.

Ok, you absolutely HAVE to have the Eiffel Tower in your movie? Fine, there are plenty of stock footage agencies out there with almost any type of video of it you could imagine. Views from parks, from airplanes, from rooftops, from car windows and it's footage you can buy. You can also hire a remote crew in another location to get exactly what you need.

Shoot test shots on your own time

With the cast and crew sitting around twiddling their thumbs is not the time to wonder when the sunlight comes through the kitchen window and what the light ratios are on someone's face when it happens. Do that before, by yourself, or with an assistant. Then you can look down at your schedule and say “The good sunlight comes through this window in 17 minutes and I need everybody ready before then.” Which not only saves time, but lets everybody know you're a professional who has done their homework.

Keep an eye on the big picture

Ultimately, moviemaking is about storytelling. It can be easy to become distracted by that. William Morris, the creator of the Arts and Crafts movement famously said, “Have nothing in your houses that you do not know to be useful, or believe to be beautiful.” The same holds true for your movie. If you strip it to its essentials it must be either useful or beautiful – hopefully a combination of both. There are places where you will be tempted to save money, and places where it is prudent to save money. Make sure that when cutting corners you don't damage the true essence of your work and that you don't make compromises that jeopardize it. On everything else, you can go cheaper.

Kyle’s bio hasn’t been updated in years. He assumes now that curious people just Google him.