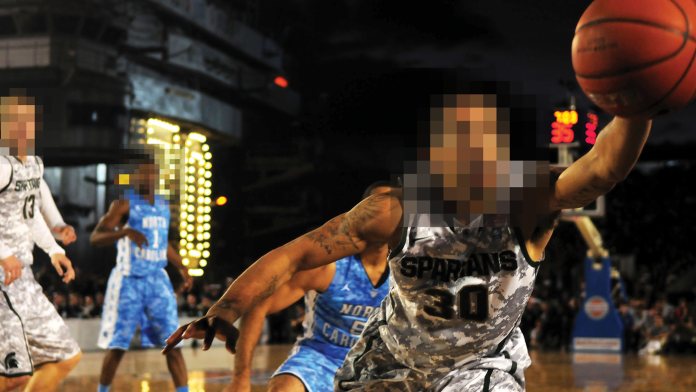 In most cases we take pictures or record videos of ourselves and then post these images to our online profiles. Other times, we appear on social media when friends or colleagues take a group picture at a birthday party, for instance, or record us giving a presentation in front of an audience. In these cases, we sometimes give explicit permission, though mostly we implicitly agree by posing for the shot.

Usually these photos or videos remain unnoticed on the Internet. Our friends see them, like them, comment on them and then move on.

Videographers who post content online should be aware of the legal implications of their videos going viral and potentially becoming a source of income. It can be both a dream and a curse. Your video starts to earn you money, but now you must think about who that might affect and how. If you dig deep, often multiple parties are affected. Here, we’ll look at the legal rights of the people being recorded.

We all have a right to our physical image and how that image is captured, shared and used. That right manifests in what’s called the “right of publicity.” One of the most important publicity rights we have is the right to our likeness, commonly understood to be the manifestation of our physical appearance such as a photo, video, sculpture, portrait, etc. The right of publicity protects us as individuals from having one or more of these manifestations used for commercial or other public purposes without our consent.

One of the most important publicity rights we have is the right to our likeness, commonly understood to be the manifestation of our physical appearance such as a photo, video, sculpture, portrait, etc.

At one time, issues surrounding the misuse of likeness mostly affected celebrities, as their images were typically the only ones being recorded and used commercially. However, with the proliferation of video sharing services like YouTube and social media services like Facebook, Instagram and SnapChat, videos of just about anyone can be shared with millions in a matter of minutes.

It’s therefore good to know exactly what rights an individual has to their likeness and some of the legal issues that can arise when using someone’s likeness. It’s also important to know why it’s important to get permission to use another person’s likeness and how to do it.

In other words, where copyright protects the videographer and gives him or her control of their video content, the person in the video has a right to control how their likeness is used. Copyright protection of the video can’t trump that. Legally speaking, publicity rights are typically state-specific rights that guarantee persons some control over how their likeness is used in an image. Copyright, on the other hand, is federal law that controls how images are lawfully and unlawfully copied.

This creates tension between the copyright owners of videos “who usually have the right to sell, modify, share or otherwise use their work however they please” and the person actually featured in the video. Fortunately, recent case law sheds some light on the subject.

The facts of the Maloney v. T3Media case are simple. The plaintiffs (the Maloney side) are NCAA athletes that played basketball at Catholic University. Their team got to the national championships in 2001 and won. Throughout the season, during the playoffs, and of course after their victory, photographs were taken of the team, including the players who were the plaintiffs in this case. Defendant T3Media, a digital content storage, hosting and licensing service, held the NCAA’s photographs and, as part of their contract, had the ability to license the photographs to the public for a fee. T3Media’s images, therefore, were available for purchase online.

The players sued T3Media alleging that their publicity rights were violated when T3Media sold their likeness online. They didn’t want their photos to be used to generate revenue for T3Media. In response, T3Media claimed that it was within its rights to license the photos for a fee because that’s exactly what copyright law permits. They were merely reproducing images they had a license for and were not using those images to promote any other products or services. The case went all the way up to the Ninth Circuit in California, and in early 2017 that court ultimately sided with the defendant.

The court reasoned that when T3Media put Maloney’s images online for others to buy, that action was stipulated in its licensing agreement with the NCAA and was within the realm of copyright law. The players’ assertion that their likeness was used in a way that violated their rights of publicity would have required T3Media to use the images only in a promotional ad for a sports media service, for example. T3Media didn’t do that and merely offered the photos for sale. Therefore, it was not violating the players’ rights of publicity.

How This Affects You

The case draws a line in the sand for copyright vs. rights of publicity. Maloney v. T3Media clarified that the copyright owner of a work, including a video, can monetize their ownership of that video without seeking permission from the person whose image or likeness is used as long as they are monetizing the video itself and not using it to advertise another product or service.

Yes, this sounds like a restriction, but all it means is that you should get permission from whomever you film. If you’re filming a friend taking a walk along the Bosphorus River in Istanbul and the video goes viral, you’re allowed to receive YouTube ad dollars or charge people to view it on Vimeo without asking for permission. If, however, you want to sell it as stock footage for a “Visit Turkey” campaign or to promote your Bosphorus River Tour business, you will need permission from the person in the video before doing so.

And it’s generally easy to get permission. Draft a simple contract, stipulate some ways you foresee using the video, and protect yourself from legal issues. If you don’t, and you end up using someone’s likeness in a way they did not consent to, they may be able to sue you for monetary damages, causing a legal headache and potentially harming your reputation.

We all have a right to our likeness on the web. Videographers, as content creators and sharers, have a heightened responsibility to ensure that the content they create and share doesn’t violate these rights. It may seem burdensome or overly annoying, but if you draft a contract when filming and ensure your expectations are aligned with those of whomever you record, you will avoid potential issues down the road.

Websites like LegalZoom or Rocket Lawyer are a good place to find template contracts. Of course, we always recommend speaking with an attorney if you have questions or want to be absolutely sure you’ve covered all bases.