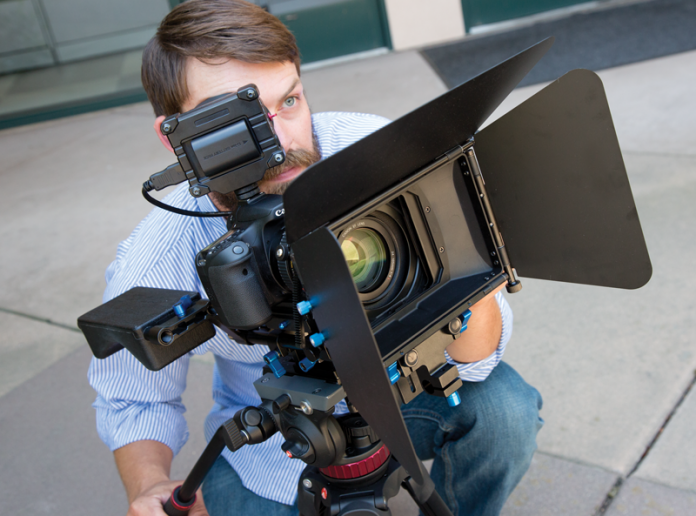 Narrative filmmaking is one of the greatest and most powerful forms of art ever invented, and it's still relatively new. And while it grew up quickly, many of the elements that make up a successful narrative film were existent in the very beginning. One need look no further than Fritz Lang's 1927 masterpiece, Metropolis to see how advanced filmmaking was just twenty or so years after Edison's first shorts experimented with moving pictures. This is because filmmaking was a natural extension of other arts which had existed for thousands of years and it was able to quickly digest and utilize the work done by novelists and playwrights and painters and to take from this existing knowledge and turn it in a slightly different direction.

What factors should you consider when choosing a shot?

Motion pictures are really just a series of still pictures shown one after the other and the rules of good composition which apply to all other visual media apply to film and video production too. A shot that looks good on a screen will also look good in a frame on the wall of your living room — completely apart from any other aspect of the movie — you could be shooting the greatest sound in the world with ten high-end Shure microphones, or you could be shooting a silent movie, the camera placement counts all by itself and adds a sense of feeling.

Narrative filmmaking is one of the greatest and most powerful forms of art ever invented.

One of the most visually compelling series to hit television screens recently is the Netflix original show “House of Cards” starring Kevin Spacey as a high ranking, loyal and hardworking Congressman who is treated poorly by a president he helped elect, and spends two delightful seasons exacting an intricate revenge. It is shot on RED digital cameras. House of Cards is shot with an almost obsessive attention to symmetry. In a world governed by the Rule of Thirds, series creator and director David Fincher wasn't afraid to put his characters smack in the middle of the shot again and again and the results are beautiful. Emotionally and subconsciously they tell us the world is balanced. What better place to do that in a show about a government constructed to balance itself? But Fincher is also able to juxtapose these scenes of calm balance with others that are weighted to one side or the other, and the audience becomes subconsciously aware that things are not as stable as we'd thought. For more on composition, check out this article.

Why use a tight shot feel or a wide shot? Is there an emotional difference?

How close the talent is in the frame gives us a feeling about how close they are to us, or to other things. This was used spectacularly in Robert Benton's 1979 drama about a family falling apart, Kramer vs Kramer.

Actor Dustin Hoffman pushes his son Billy (played by Justin Henry) on a bicycle, as Billy figures out how to ride the camera pulls back as Billy rides toward the audience, Hoffman gets smaller in the background, presaging Billy's leaving his father and the distance that will come between them. Here what seems like a simple shot — a father teaching his son to ride a bicycle — is wrapped with layers of metaphor.

How does the space you shoot in contribute to the feelings an audience has about the subject?

Once you learn three point lighting you may find yourself overcome with the desire to shoot people in front of a grey backdrop with some really nice, soft studio lighting with a set of Arri video banks. Opening up your background and filling it with information about your subject can help set the mood for your interview. Shooting a scientist in their drab, flourescent-lit office might seem like a dismal mistake when you first walk in the room, as lighting that's functional — like overhead florescent — isn't necessarily attractive. But just because the lights are there, doesn't mean you have to use them. Turn the lights off and light the scene yourself. Try using small narrow lights to accent parts of the background. Don't be afraid to use gels to throw some color up on the walls. Make your background interesting, but also make it help tell your story. Are you shooting a paleontologist? Can you fit a dinosaur skeleton in the background? Are you shooting a violinist? Can you do it on the stage at the concert hall? All these backgrounds have an emotional impact that your viewer will feel, even if they may not realize it; the subtle cues will fill in as the story is being told. Even empty spaces in your frame can carry worlds of meaning.

How do you decide between a low angle, eye level and high angle shot? How does this affect the audience?

Where we see people from has a big impact on how we view them. This is partly because many of us are used to looking down at children and up at adults, but also because of a natural intimidation we feel from things bigger than us – churches, giant ships, Godzilla, etc.

Looking at someone at eye level shows them as an equal. In “Return of the Jedi” when Luke meets the tiny Jedi master, Yoda, who is all of two feet tall, you'll notice that Luke is sitting on the ground when they meet, so that the shots are all done at eye level. In fact, Yoda, despite being small, is very consciously mostly filmed at eye level — because though he is small, as he says “Size matters not.”

Why use a handheld or static shot?

Sometimes shots move; sometimes they stay still. Sometimes you pick up the camera and walk with it. They all mean different things and sometimes the thing is expediency. Moving shots are almost always more engaging, though you might not even notice that the camera is moving. Directors and cinematographers with lots of time and large budgets will very often use a dolly shot if they can rather than a series of static shots. Sometimes however, the amount of moving and the speed at which you have to do is is too great and you need to put the camera on a person and Steadicam it. The most obvious example of this is The West Wing, whose signature walking-and-talking shots move through an enormous recreation of the White House at breakneck speed, with people coming and going and a knot of conversation going from room to room with a speed that would be impossible to do if you had to lay out a complex series of dolly tracks.

Handheld shots often lend a documentary style feel to footage. They give the audience the feeling that the footage is real rather than a fictional story. It's an intrusion of the production process that very subtly reminds the viewer that film crews make movies about real situations, and what you're watching might be one of those. Use handheld shots in situations where the audience might reasonably think in the back of their heads that a camera crew might be there: stories about politicians, musicians, or athletes on the field. Intimate moments between characters with no reasonable expectation of a film crew being there would do better with fixed cameras.

When (if ever) should you zoom in or out?

Your lens may have a zoom. It's very convenient for changing focal lengths, but when you zoom in or out it very often looks like an amateur home movie.

Todays moviemakers use zooms sparingly. On the rare occasions when you see a fast zoom on a camera, it's often mimicking a TV cameraperson: crowd scene, there's a bang, someone falls down! The camera zooms to a rooftop where a shadowy figure with a gun stands up and starts to run! This throws us into the action, but in most instances when you want to change focal lengths you're better off cutting away, zooming in, and then cutting back.

One notable exception to this is the slow zoom. This is used often and with great effect usually during monologues where one character is talking and the camera moves almost imperceptibly into them, drawing the viewer closer.

See this article for some insight into common mistakes beginners make in video.

The shots that you choose for your video should all serve to further the effectiveness of its storytelling. Individual shots can create, enhance and keep a mood. Good directors and directors of photography have an emotional rationale for every camera placement.

Your mission, should you choose to accept it, is to keep an eye out for the following while watching TV or movies:

Every day of your life is a day learning more about your craft. Use your time wisely, study the masters and continually improve.