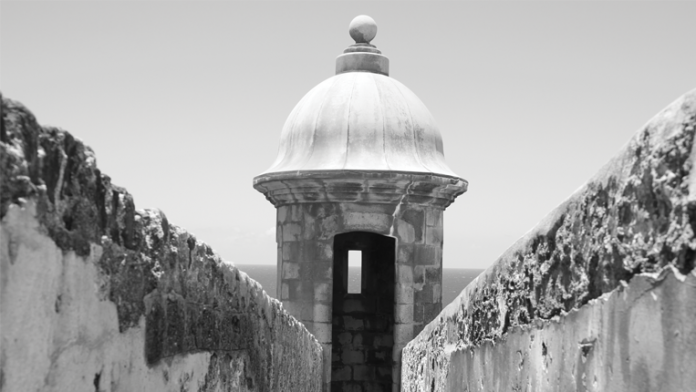 We see the world in color. It is the way we as humans perceive almost everything that goes on in our lives. Over time, our senses have developed to associate different colors with different emotions and actions. For the modern day videographer this means that color is an incredibly important tool to guide their audiences and tell a story. The question then is what do you do when you don’t have color? Monochrome black and white imagery is an equally important but less understood tool for the videographer. Where does one start when looking to get into black and white videography?

First off, let’s talk about what you can’t do with black and white that you would normally do with color. If you are a videographer who primarily works in color, you use color as a tool to draw the viewer’s eyes to different areas in the frame. This allows you to use color hue to guide your viewers and get them to see what you want them to. In black and white, hue is not important. Rather than using color, you are using shades of grey, black, and white. Instead of working with hue, you must learn to work with shade and use that as the tool that will guide your audience through your story.

When working with shade there are a few important things to remember. One of the most important is that while you are working in different shades of grey you also need to, somewhere in your image, have a solid black and a solid white. What this does is give the audience reference points with which they can process and follow the rest of the image. Using these solid black and white points is now how you must guide your audience. Their eyes will be drawn to the parts of the image that stands out the most, which in black and white means one of the two ends of the spectrum you are working with. While it would be ideal to create these points during production, many times providing a true solid black or white reference point will have to be done in post.

Providing a true black and true white also means that you must light your scene for the best possible dynamic range. Placing your lights for maximum dynamic range will be decided by whether you are going for a high contrast or flat look. Because dynamic range is simply the ratio difference between the brightest and darkest pixel, higher contrast generally means higher dynamic range. However this is not always true because the dynamic range will only be up to the maximum bit depth possible.

While contrast is a great way to guide your viewers and create beautiful video, flat light can be used to create less dynamic but still incredibly dramatic images. In flat videography, it is important to find deep blacks and light your scene to emphasize them. Deep black areas of flat video draw the viewer’s eyes, and again can be used to guide your audience through your story, especially when juxtaposed with an area of solid white.

Lighting for your Concept

Below is a low key image of James Cagney and Humphrey Bogart. Notice the differences in shadow across their faces as well as the solid black of Cagney’s suit and solid white of his shirt.

In both flat and high contrast images the darker and deeper blacks make the white appear brighter. Filters and exposure settings can both be used to better achieve the effect you are looking for. For example, underexposing an image can bring out the blacks in a bright image while using a polarizing or split grad filter can help to darken a part of or the whole image to make the blacks stand out and the lighter areas pop. Generally with black and white images dynamic range is incredibly adjustable.

Below is a somewhat successful high contrast shot that was somewhat underexposed and lit for maximum dynamic range. The white edge of the clouds and black center make for an interesting shot.

A World in Black and White

Finally, to help achieve the effect you are looking for you need to learn to “see” in black and white. Because we live in a world of color this is not easy to do. However it is important to try and visualize your image. Your light placement ultimately depends on what the shot looks like to you. While a lot can be done in post, achieving the best possible shot naturally is always better and will save you time in post-production. Try to shoot in monochrome and monitor your shot before you press record.  Experiment with different exposures, light placement, contrast, dynamic range, etc. The more you experiment and try different lighting conditions the more you will learn and develop a skill set for lighting black and white videography. Like with all video light is your paint and you are the artist, this is even more true with black and white.

Chris is the CEO and founder of Studio 10 Films. He is skilled at shooting, directing and editing video productions.