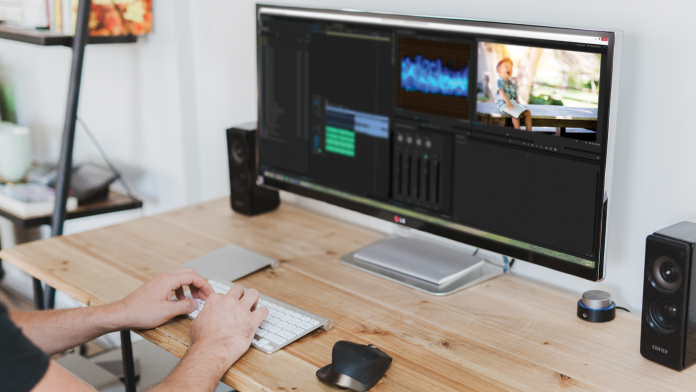 Unless you work for a restoration house or film archive, the days of having to edit video on a $10,000-dollar room-sized flatbed editor are decades in the past. Today, you can edit video on a computer that fits in your backpack and costs a lot less than $10,000 dollars. Being able to edit your videos on a home computer is a technological marvel that we probably take for granted — until our software starts to lag and stutter. Video editing software is very resource-intensive compared to most everyday computer tasks, so here are some useful tips on getting the best performance you can out of your editing computer.

Computers don’t need to eat or drink, but they do need to breathe. Most computers rely on airflow to regulate temperature. The inside of your machine generates large amounts of heat, and the harder it works, the hotter it gets. When the interior of a modern computer heats to a certain point, the machine will start to throttle down performance in order to keep from damaging itself. No matter how powerful your machine or snazzy your software, if your system is overheating it’s going to grind to a halt.

Most computers use internal fans to cool themselves down — that’s where most of the noise a computer makes comes from. Some people like to slide their computers right up against a wall or the back of a desk. This is a mistake, since most ventilation fans are rear-facing. Make sure your system has plenty of room behind and on all sides of it, at least six inches of clearance. If you run a laptop, you may want to consider buying a laptop cooling pad. They can make a real difference![image:magazine_article:67938]

The other major cause of overheating in computers is dust. Computers trap dust, and dust traps heat. It’s worth buying a can of compressed air — sometimes called “duster” and available at any computer or office supply store — and cleaning out your computer at least once a year. Every six months is even better, especially if you have house pets. The best thing to do is crack open your case and clean it from the inside out, but if you aren’t comfortable doing that, even just sticking the straw-nozzle of the duster into your vents and giving it a few good blasts can do wonders. Just don’t forget to turn off your computer first.

Once you’ve optimized airflow, you can look at optimizing your operating system (OS). Every computer has a limited amount of system resources — memory, processing power, storage space and so on. Video editing is, as we’ve discussed, very resource intensive. For best results, it’s important to maximize the resources available for your editing software. That means closing any other programs you may be running — if you’re editing video on one monitor and running a dozen tabs in your web browser on another, those tabs are going to be sucking up a lot of the resources that your editing software needs. Close anything you’re not using — and that includes programs running in the background.

If you’re a power user, you can use the Activity Monitor (on a Mac) or Task Manager (on a Windows machine) to close non-essential background processes. If you’re not a power user, you can still disable a lot of extraneous programs by uninstalling things that you don’t need or recognize. Most brand-name computers come with a bunch of free software, commonly known as “bloatware,” that exists mainly to shovel ads into your face. You can — and probably should — get rid of as much bloatware as possible.

You can — and probably should — get rid of as much bloatware as possible.

Of course, you could have viruses or other malware running on your system and not even know it, which is why it’s a good idea to keep your operating system updated and make sure you’re running a reliable, reputable antivirus program. If you’re on a machine of recent vintage running Windows 10 or MacOS 10.10 or higher, your machine already comes with a pretty decent basic antivirus. If you’re running something older, you may want to invest in a reputable third-party antivirus like Sophos or Symantec, or better yet, upgrade to a more current OS.

If the above steps aren’t enough to get your computer’s performance where you need it, it may be time to upgrade your hardware. The most important component of a computer when it comes to video editing is the processor, so if you’re in the market for an upgrade, make sure to buy the best processor you can afford and build the rest of the machine around it. After the processor, make sure you have a decent graphics card and at least 8 but preferably 16 gigabytes of RAM. Adding more RAM can be an easy and affordable way to improve performance, if your motherboard supports it. Your storage and boot drives are also easy to upgrade. Investing in an SSD won’t make your computer any more powerful, but it will make it faster.[image:magazine_article:67939]

Of course, when it comes to spending money on electronics, the sky’s the limit. You can buy dedicated, pre-assembled, high-end video editing workstations for $8,000 and up — but unless editing 4K video is your full-time job, that’s probably more machine than you will ever need.

Finally, a word of warning: there’s no magic bullet to make your computer faster, but there are a lot of people online that want to sell you one anyway. Be very skeptical of anyone offering a product to “accelerate”, “optimize” or “clean” your computer for you. In over twenty years of being an IT professional, I have never seen one that isn’t a scam. There’s no such thing as a free lunch! Remember, a computer is like any other tool: treat it well and it will treat you well in return.

Mike VanHelder is a working photographer, videographer and IT professional in Philadelphia, PA. He doesn’t miss having to splice film together with scotch tape.