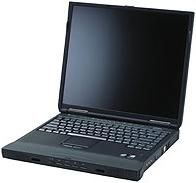 
Ready-to-use video editing computers are the latest and greatest things in the world of video editing. And what was once bound to the desktop has been set free. Pre-configured video editing laptops are here and theyre more powerful and more affordable than ever. Gateway has recently entered the fray with its own video editing laptop, the Solo 9300cx. With enough speed, RAM and hard drive space to mollify most video editors, the Solo 9300cx also comes bundled with MGIs VideoWave editing software, a beginner-friendly editing program; and it features FireWire ports for Digital input and output. The unit we tested included MGI VideoWave III, at press time, MGI had announced the release of VideoWave 4. Shoppers should note this recent upgrade.

Aimed at the beginner-to-intermediate video editor who wants a portable editing solution, the Solo 9300 packs a wallop. While the Solos hardware can handle most editing chores, advanced users may want to upgrade the editing software with something more robust.

Gateway crammed the Solo with so many megs of RAM, gigs of storage and other high-performance goodies that if you ever have to crack the case on this baby, watch out: it would all probably pop out like a Jack-in-the-box. It features 96MB of RAM that you can upgrade up to 544MB. Theres a 20GB hard drive to store media and other applications. Its got a DVD-ROM drive for easy software upgrades and to enjoy games and movies, and a 3.5-inch floppy drive. And theres a big 15.7-inch color monitor that makes it easy to see your project and organize your desktop. Its primary pointing device is a built-in touchpad, which we found to be a little awkward to use. We recommend that users take along a standard mouse for greater control and use it whenever possible.

Of course, theres the IEEE 1394 FireWire port for easy capture from your Mini DV camcorder. Gateway also included a microphone jack, so you can capture narration straight to the hard drive and a headphone jack so you can edit your projects without bothering your neighbors on the flight home.

The Solo 9300 is the epitome of simple setup. Unlike a desktop computer system, which includes a number of components that need to be connected to get it up and running, configuring the 9300 is as easy as opening the box. We simply connected the AC cable, connected our JVC GR-DVM90U Mini DV camcorder to the FireWire port and turned on the power. We clicked the VideoWave icon on the desktop to begin to edit our project. Within minutes of opening the box we were ready to rumble.

We mentioned that VideoWave III is an easy-to-use editing software. If youre new to editing youll like the user-friendly VideoWave interface. It simulates a hand-held, electronic device, which makes navigating intuitive and simple. When youre ready to edit, youll see a storyboard-style interface, which lets you edit by lining up the clips that you want in the order that you want them to appear.

Within VideoWave, we went to the Capture window, selected Settings and set it for digital input. We returned to the capture window, hit Play and immediately heard our camcorder whir into action. Our footage appeared on the small preview window and we were able to capture and name several clips.

We placed our clips on the storyboard, added dissolves, special effects and final credits to complete our edit effortlessly. Transition effects and titles do require rendering. We found render times only reasonably fast. Our fifteen-second project took a little over a minute to render. When we had finished our project, we opened the Output window and created an .avi file to record back out to tape. Overall, we were pleased with the performance of the Solos hardware. Full-screen playback looked great and we didnt detect any dropped frames on capture or output.

The 15.7 inch screen proved to be plenty big for video editing. The Solo 9300cx also has composite video in and out to digitize and output video to tape or an NTSC monitor. When playing in full-screen preview mode the laptop screen goes black when signal goes to the composite output. The playback on full DV 720×480 NTSC has a slight letterbox crop in a standard TV monitor so you have to use 640×480 to get the screen filled.

Editing gear is smaller, faster, more powerful and less expensive than ever. The Gateway Solo 9300 might be just what you need to edit high-quality video on the go. While the bundled editing software will cover the basics, the 9300 packs enough punch to run whatever editing software you like.

If youve ever dreamed of editing your vacation video while youre still on vacation or editing during the ride home from a location shoot, consider the Solo 9300cx: its a complete editing solution that fits so nicely in a briefcase, they even include one in the box.