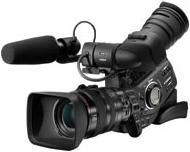 Canon has finally released its first HDV camcorder, the XL H1. It boasts an interchangeable 20x HD zoom lens, multiple gamma curves, and 1080i video recording via 1440×1080 pixel CCDs. Uncompressed HD for broadcast is also available by using the HD-SDI output. Not enough? Like many HDV camcorders, the XL1 has genlock and true SMPTE time code. The Skin Detail setting is just one of a plethora of image tweaks that can be saved and traded on an SD Card.

Watch for our full review in next month’s issue of Videomaker.

Ulead/Intervideo has announced support for HD DVD and Blu-ray in its release of Ulead DVD MovieFactory 5. Users will be able make HD DVDs and Blu-ray discs when paired with the proper drive. This addition will accompany the already long list of options in the current version of DVD MovieFactory. Menu creation and video editing are still included features, along with Dolby Digital encoding, disc copying, and Double Layer DVD burning. An HD DVD or Blu-ray disc burner isn’t required to run Ulead DVD MovieFactory 5.

Turn Your Mini DV into HD 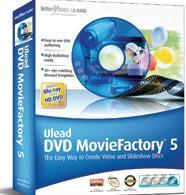 Red Giant Software has released a plug-in that adds pixels to your video. Yes, you read that right. Using the Instant HD software with Adobe’s Premiere Pro, After Effects, or Apple’s Final Cut Pro, you can up-convert your video to High Definition standards. There is a caveat: Instant HD works only with progressive video, so you’ll need to convert your interlaced masterpiece before Instant HD can start on it. Owners of the Panasonic AG-DVX100 and Canon XL2 progressive camcorders are ready to take full advantage of Instant HD’s capabilities. Red Giant sells this plug-in on its website for $99, along with other plug-ins such as Magic Bullet Suite and Knoll Light Factory. Much to Red Giant’s credit, its plug-ins have been used on many big-budget movies: The Day After Tomorrow and The Aviator to name a few.