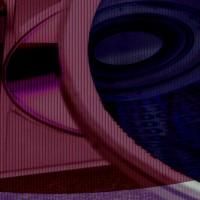 The VCR has enjoyed a 25-year life span in the world’s living rooms. If yours is shaking in the corner whenever you walk past it, nervously blinking away, it could be because it knows its days are numbered: there’s a standalone DVD recorder in your TV room’s future. We’re not talking about computers and DVD authoring, we’re talking about a VCR replacement. It looks like a VCR (only thinner and sexier) and it acts like a VCR (push the Record button on the remote to record), but it uses cheap, durable discs instead of tape.

Like the VCR, you have a few decisions to make when buying a standalone DVD recorder. The companion Buyer’s Guide should help. The following article will help you interpret the column headings in that guide, which match the subheadings listed here.

If you usually like to keep and archive the programs you record, a write-once format is what you want. The two write-once formats are DVD-R and DVD+R. In the end, most people just don’t care which format you use: both formats are on the same sized disc and play back in the same players. More than a year ago, we declared the format war over when we found that DVD players that played DVD-R discs also played DVD+R discs (and, of course, vice versa), which means that there really aren’t any compatibility differences between the formats. That doesn’t mean that these discs will play in all players. We did find many older DVD players that would not play any home-burned DVDs (older meaning two years old or older in this crazy disposable $50 DVD player world).

The rewriteable formats follow a similar +/- naming convention: DVD-RW and DVD+RW. Rewriteable formats allow you to record, erase and re-record, just like videotape. DVD+RW offers a somewhat greater degree of compatibility with current DVD technology than DVD-RW. Neither RW format is as compatible as either of the write-once formats.

The final rewritable format is the DVD-RAM, which has some recording advantages, but is not compatible with most other standalone living room DVD players.

Somewhat similar to a VCR, most stand-alone DVD burners have various recording modes. The shorter the recording time, the lower the compression ratio and the higher the quality of the playback. The highest quality mode (HQ) allows for an hour’s worth of material on a standard (single-layer) DVD. SP Mode records two hours worth of material and, for most people, is almost as good as HQ. EP mode offers four hours of recording time and SLP six hours, but you are going to take a noticeable quality hit using these options. Not all manufacturers will necessarily follow the same conventions for the names of recording modes, so make sure you know how many hours the recorder you’re considering can record.

Some burners also have an internal hard drive available and work just like a digital video recorder, such as a TiVo or RePlay TV. These are amazingly convenient devices that, paired with the included DVD burner, are the ultimate television watching tool. For example, you could record a show in high-quality mode on the hard disk and then burn it to the DVD in a lower quality mode to get more shows onto a single disc. You can sometimes edit out commercials before burning to disc. DVD burners with hard drives are more rare and are considerably more expensive than a burner only.

Like any home theater-component, DVD recorders have a variety of inputs and outputs. Most DVD recorders have traditional composite (c) and S-video (s) inputs and outputs. Component (y) video outputs that separate the color channels are common, but component inputs are not widely available. For videographers, the first feature we’d look for is a FireWire jack. This is by far the easiest way to turn your home movies into DVDs using your mini DV camcorder. Many recorders also have RF (r) outputs for use with older televisions.

On the audio end, standard RCA connections are universal, sometimes in a 5.1 analog output format. Digital audio out is also common, but check to make sure the coaxial or optical outputs match your receiver (converters are available from manufacturers such as M-Audio – www.m-audio.com).

Digital encoding of the audio you record is an important part of the multimedia equation. PCM is short for Pulse Code Modulation, which is the digital audio format used for CD-Audio and is one of the required audio formats for DVD video players. Some recorders will encode the audio in Dolby Digital (d). This is a really great feature, not because the quality is better (it isn’t), but because the Dolby Digitally encoded audio takes up less room on the disc. No DVD burners will record in 5.1 Dolby Digital surround sound at this date. Some burners also record audio as MPEG-1, Layer 3, otherwise known as MP3 (m). This format is more compressed than PCM (p) and allows for a longer recording duration, but is not as compatible with other DVD players as PCM or Dolby Digital.

A few DVD burners also include a built-in VHS video deck, combining a VCR with a DVD burner. For those who are short of space and want to copy their stacks of TV reruns or analog camcorder tapes, this is a useful solution. Still, it’s not very difficult to plug a VCR into the back of the burner, so this is only a matter of convenience.

Most DVD recorders have some sort of delayed recording ability that allows you to schedule programs for recording while you are away, exactly like your old VCR. Fortunately, modern user interfaces have improved and DVD recorders are often much easier to use than a VCR. Onscreen program guides, such as VCR Plus+, are a real help. Some have more complex programmability like DVRs have, including an IR blaster to control a connected satellite or digital cable receiver.

If your A/V receiver has a limited number of inputs, the ability to pass audio and video signals through the DVD recorder can be extremely handy. Ideally, the unit should be able to send them through even when in standby mode. The unit needs to be powered up to send sound and video information, but ideally, it needn’t be fully on, just in standby mode.

Some devices will allow you to record one program while watching another. At it’s most basic level, this means that the TV tuner can send a signal to the DVD disc for recording while you watch programming on another tuner. More complex DVR-style DVD recorders can sometimes use buffers and hard drives to pause and play live television while the program is being recorded. Sometimes this feature only works with certain types of media, such as DVD-RAM.

Upgradeable firmware is a hyper-geeky feature that future-proofs your recorder to some extent. All consumer electronics have software deep inside the machine. Theoretically, you can update this software, usually by downloading a small program, burning it to a CD, putting that CD in your DVD player and then following a few simple steps. Firmware updates usually improve the compatibility of the player/recorder with newer blank media formats and speeds. Welcome to 21st Century consumer electronics.

Ed Driscoll is a Silicon Valley-based freelance journalist who’s covered home theater and the media for the past decade.

Here is a survey of media costs from various sources (summer 2004). The lower price in the range is for OEM (generic) discs in quantities of 100, while the high price is what you might pay for one piece of branded media on the shelf at your local electronics store. Everything will have changed by the time you read this, but this should give you a rough idea of what is a reasonable price. Since DVD recorders only record at slower speeds, prices are based on the slowest speed discs we could find, which is often 4x.