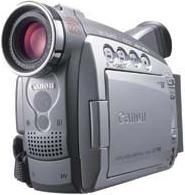 As is the case every January, we sent a number of editors to the annual International Consumer Electronics Show (CES), held at the Las Vegas Convention Center. We saw some of the newest innovations in video, including a broad array of new camcorders released by the major manufacturers. As you will see, the trend this year appears to be powerful optical zoom lenses showing up in smaller camcorders. Here are some of the highlights from the show.

Canon
Canon showed off the new members of its ZR family: the ZR80, ZR85 and ZR90, priced at $399, $499 and $599 respectively. All include better battery life compared to previous models, end search and multiple menu languages. The ZR80 uses an 18x optical zoom, the ZR85 features a 20x optical zoom and the ZR90 includes a 22x optical zoom.

Canon is also the most recent company to abandon the Hi8 format, as last year’s ES8600 was discontinued without a replacement. This frees Canon to focus development on their line of Mini DV camcorders.

JVC
JVC is rolling out a complete line of new camcorders, each with 3D noise reduction (as found in some of JVC’s VHS VCRs), an LCD viewscreen that handles bright sunlight better than those found on previous-generation camcorders and a built-in white LED “Auto Illumi-Light,” which has 1/10th of the power consumption of a standard video light. A number of the models can also save video in an MPEG-4 format and create MPEG-4 video clips from existing footage.

Hitachi
Hitachi, the only company specializing exclusively in tapeless DVD camcorders, announced that the new DZ-MV550A ($800) and DZ-MV580A ($900) will debut in the second quarter. Both include 2.5-inch LCD viewscreens and support for 8 cm DVD-R and DVD-RAM discs. Both also write data at either a constant bitrate or a variable bitrate, depending on the recording mode selected. The DZ-MV550A includes a 680k pixel CCD and 18x optical zoom, while the MV580A includes a 1-megapixel CCD and 10x optical zoom.

Panasonic
Panasonic introduced a pair of 3-CCD camcorders, the PV-GS120 and PV-GS200. (Panasonic had not set prices for any of their 2004 camcorders at press time.) Both include a 10x optical zoom lens and both can be used as Web cams, but the PV-GS200 adds MPEG-4 recording to the mix.

The latest iteration of the DuoCam was also on hand in the Samsung booth. The SC-D6040 ($900) now uses an over-and-under configuration for the lenses, instead of the flipping design of its predecessor. The still photo lens features a 3x optical zoom and 4.13-megapixel CCD, while the video lens has a 10x optical zoom and 680k pixel CCD.