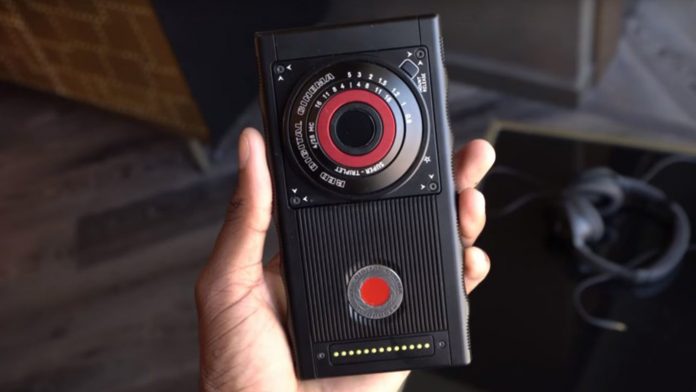 RED’s CEO and Founder Jim Jannard sure wasn’t kidding when he said the company was getting “unprecedented” carrier support for its Hydrogen One. Both AT&T and Version will be carrying RED’s holographic smartphone.

AT&T and Verizon announced that they’ll be carrying the Hydrogen One, the first holographic phone. Both companies are excited to be in partnership to deliver this unprecedented piece of technology to consumers.

“This revolutionary smartphone will provide you with significant advancements in the way you create and view content on the leading network for entertainment,” said Kevin Petersen, senior vice president, device and network services marketing at AT&T. “When the RED HYDROGEN ONE launches you’ll be able to look around, below and into your screen’s image with a 4-view holographic display, which is even better than 3D.”

“RED HYDROGEN ONE was designed with cutting-edge technology that simply can't be described – you have to hold it in your hands and experience it yourself to understand why this is such a mobile game changer,” said Brian Higgins, vice president, device and consumer product marketing at Verizon. “A phone like this deserves the best network in the country, which is why we can’t wait to bring it to Verizon customers later this year.”

Now that RED has the carrier support, the main challenge for the company is to actually release the Hydrogen One. It’s been delayed twice already and pre-orders have been open since last July, nearing almost a year ago, for pricey 1,200 dollars. Currently it has a release date for August 2018, but for all we know it could be delayed again.

RED does attribute some of the delays due to carrier certification. “"We have no control over that process and are at the mercy of the carriers when they can get through that process," RED said in a January 22nd post.

So, for now expect RED’s Hydrogen One around the end of summer for about 1,200 dollars, but we wouldn’t be surprised if that suddenly changes.