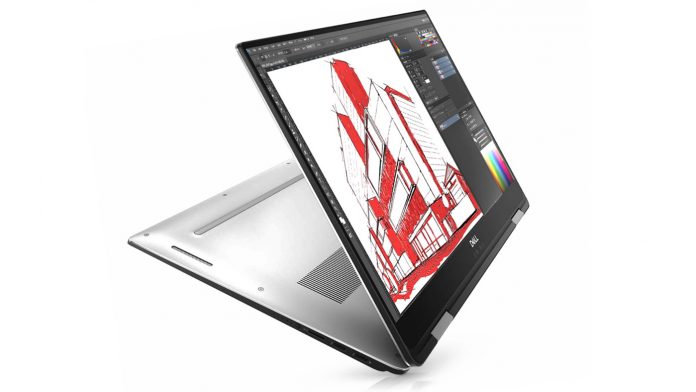 The Precision 5530 will be available in the classic clamshell design and as a 2-in-1 workstation, allowing it to switch between a laptop and tablet form factor. Dell claims that the 2-in-1 version is the “world’s smallest 15-inch 2-in-1 workstation,” but it's still able to cram in some fairly notable features.

As for the Precision 7730 and Precision 7530, they share a lot in common, offering “industry-leading” memory and the “largest” memory capacity for a mobile workstation, according to Dell.

Two Thunderbolt 3 ports are included with two USB-C3.1 ports. The Precision 5530 has a flexible 360-degree hinge.

Overall, it’s clear that this 2-in-1 is aimed at graphic creatives. With the 100 percent Adobe RGB coverage, Infinity Edge 4K and pen support, it seem like graphic design professionals will find this laptop to be better suited to them than to gamers.

The clamshell version also has the same InfinityEdge 4K Ultra HD display as the 2-in-1. It also offers touch support and has IGZO 4 display options. It weighs just 3.9 pounds and uses Intel’s eighth-gen Core chips. You can also choose Nvidia’s Quadro P200 discrete graphics over a Geforce chip.

Additionally, it has up to 32GB of memory with speeds of 2666MHz and up to 4TB of SSD storage.

The Precision 7730 and 7530 mobile workstations use the latest 8th Gen Intel Core and Xeon processors. They also include AMD Radeon WX and Nvidia Quadro professional graphics and up to 128GB of 3200MHz SuperSpeed memory, which Dell claims is the “largest memory capacity for a mobile workstation.”

The clamshell Precision 5530 will be available on May 22nd starting at 1,449 dollars. The 2-in-1 version has no pricing details yet and is set for a July/August 2018 release.

Go to dell.com to learn more.