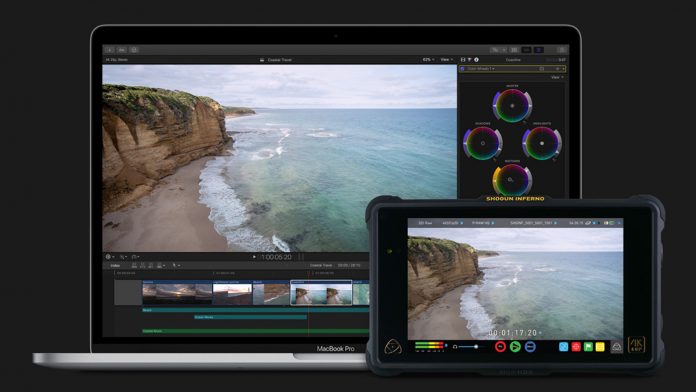 Apple’s latest update for Final Cut Pro X is coming in a few days and the most notable new feature is the introduction of ProRes RAW. Apple’s new video format allegedly offers users the same quality as other RAW files but takes up half the space. Apple said that creatives will be able to use the the update through DJI drones and Atomos recorders.

What are the benefits of ProRes RAW?

RAW is the go-to file format for those shooting with professional cinema cameras because shooting RAW retains much more detail than using other formats. While editing, you can push the shadows and highlights in a RAW video much further than in other formats. The problem, however, is that RAW video takes up a load of space and often requires expensive external storage devices.

With ProRes RAW and ProRes RAW HQ, Apple says that users will receive the same “quality and workflow advantages of RAW” with “the stunning performance of ProRes.”

Apple believes that they’ve reduced the space issues with RAW video for those who have a Mac.

“With performance optimized for macOS, editors can play full-quality 4K ProRes RAW files on MacBook Pro and iMac systems in real time without rendering," Apple said. "ProRes RAW files are even smaller than ProRes 4444 files, allowing editors to make better use of storage while providing an excellent format for archiving."

Atomos and DJI are amoung the first to support ProRes RAW.

Atomos has announced a firmware update for their Shogun Inferno and Sumo monitor/recorders that will add support for ProRes RAW, making Atomos the first brand to support the new format.

Panasonic also announced that the AU-EVA1 Compact S35 and VariCAM LT cinema cameras will support RAW data outputs in the ProRes RAW recording codecs through firmware updates.With the new EVA2.0 firmware, the EVA1 can output 10-bit Log-encoded RAW data in 5.7K up to 30fps, 4K up to 60fps, and 2K up to 240fps to Atomos Shogun Inferno and Sumo recorders.

“Panasonic, Atomos and Apple have combined to deliver an astonishing set of features for end-to-end RAW production – 5.7K30p, 4K60p, 2K240p in 10-bit V-Log recorded on SATA SSDs in ProRes RAW on our Shogun Inferno or Sumo 19,” said Jeromy Young, CEO of Atomos. “We primarily used the EVA1 for ProRes RAW launch testing – it’s the best RAW solution for the price point on the market today,” said Panasonic.

Other cameras supported by the Atomos update include the Sony FS5 and FS7 and Canon EOS C300 Mark II and C500, with more to come.