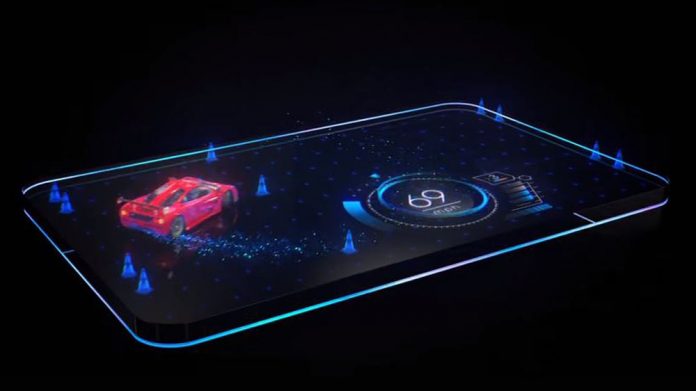 RED has finally revealed a little bit more information about their Hydrogen One smartphone’s holographic display after keeping details hidden for a while. The best look that we’ve been able to get of the $1,195 smartphone was when Marques Brownlee showed off a few of its prototypes, but since Brownlee wasn’t allowed to show anything regarding the holographic display, that aspect of the device has been a bit of a mystery up until this point.

Here’s a description from Leia describing how the technology of the screen works:

Pretty much what RED and Leia is going for is a phone that is able to project 3D objects that you can view from different angles. Here’s a concept video from two years ago:

All of this is suppose to work because of diffraction, which produces a lightfield with a layer of nanostructures included in a conventional LCD. Interestingly, this isn’t suppose to greatly affect the phone’s display quality or quickly drain it’s battery.

RED also says that they will be releasing lot of content to go with the smartphone’s holographic feature, stating that “The Hydrogen program will feature stunning holographic content and 3D sound for movie viewing, interactive gaming, social messaging and mixed reality.”

All of this sounds very interesting, but we are still unsure how well RED’s holographic functions will work because only a few people have been able to use it so far. So, until we are able to get more information, we’re going to have to hold our judgement. If RED and Leia are able to pull off a holographic smartphone screen that really works, we could see mainstream phones using the holographic technology in the future.

RED has a great opportunity here and could potentially be trailblazers for a unseen kind of technology that could change the smartphone industry.