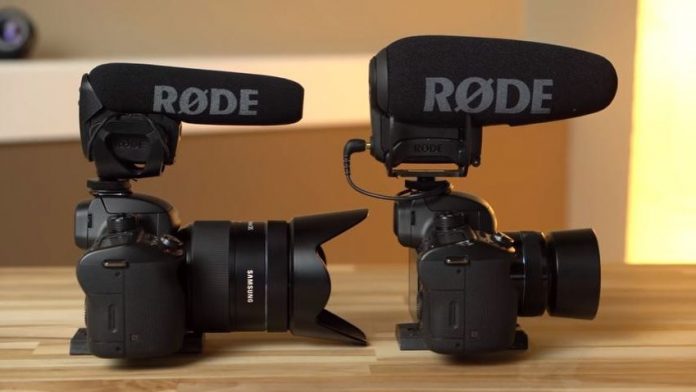 RODE makes good camera-top microphones, but is the VideoMic Pro+ worth the upgrade or should you stick with your RODE VideoMic Pro?

Youtube’s Max Yuryev has used his original RODE VideoMic Pro for a good while now: “I’ve had this ever since I started getting into filmmaking even as a hobby,” says Yuryev. “I’ve used this thing like crazy. It’s still held up.”

“First off, the suspension system was updated,” Yuryev starts with when talking about the RODE VideoMic Pro+, but he says that he didn’t think that was enough to make him want to upgrade because he's found all he has to do with the VideoMic Pro is adjust it sometimes and replace its bands. Other than those little nuisances, the VideoMic Pro “still works fine.”

He also likes that the VideoMic Pro Plus offers a safety track feature that he says could save your audio. “This is a very exciting feature,” he says. If your audio peaks, this feature will “[take] the right channel and lower it by negative 10 decibels. So, if you're doing an interview, you can easily turn [the track safety feature] on and then if the person speaks too loud when you go to edit you can grab from that safety track, cut that chuck out and just set everything to dual mono and not worry about it peaking …”

Yuryev says that the thought that the Pro+’s size was going to be an issue, but he was pleasantly surprised that it wasn’t, but he does have an issue with its position on the camera: “What is an issue is how far back this microphone sits when you mount it on top of your camera,” he says, “On top of that, the jack, being right here on the back, pushes that even further,” making reference to how the mic actually blocks users from easily seeing through the camera’s viewfinder. He contrasts this to the original VideoMic Pro, which allows him to easily look through the viewfinder without any issue.

In summary, Yuryev concludes that “if you’re somebody who already had one of these … and you don’t forget to turn your microphone on or off and you don’t need that safety track then obviously it’s not worth upgrading.”