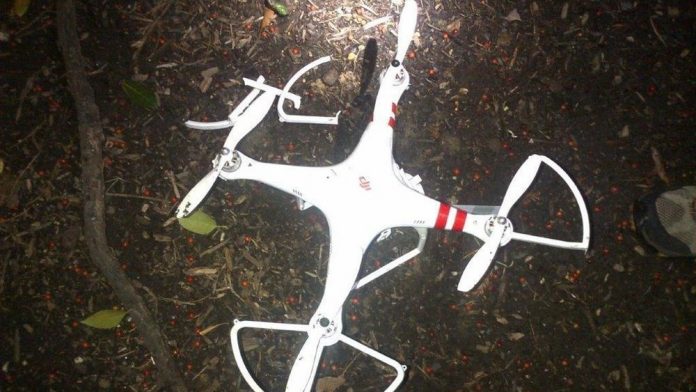 After working through the Federal Aviation Administration and numerous other federal agencies, the Pentagon has just signed a new policy allowing 133 military bases to shoot down private or commercial drones that are deemed to be a threat.

Pentagon spokesman Navy Capt. Jeff Davis says that the policy itself is classified and was transmitted to the services in July. Summarizing the policy, it lays out the allowed rules of engagement for a military base when a private or commercial drone flies into its airspace.

Davis says the police rules that military bases “retain the right of self-defense when it comes to UAVs or drones operating over [them],” and that “The new guidance does afford of the ability to take action to stop these threats and that includes disabling, destroying and tracking.” Also outlined was the bases ability to seize any drones that are deemed a threat.

Davis also said that the specific actions that a base takes when a drone flies into its airspace "will depend upon the specific circumstances."

There is, however, unclear aspects to the policy. In instances where the military leases land for operations, use of a drone may not always be considered threatening. Also, it isn't always clear who owns the airspace. If a drone was shot down by a military base after it was classified as a threat, but the drone wasn't legally in the base's airspace, all sorts of legal trouble would arise.

Military Times describes an instance where airspace isn't exactly clear to determine and whether the military has the right to shoot down any drone. They wrote that the Air Force "maintains its arsenal Minuteman III nuclear intercontinental ballistic missiles in 150 underground silos in vast fields around Minot Air Force Base, North Dakota. But the land is only leased from commercial and private farmers who use the rest of the area for crops or livestock. Those farmers sometimes find it easier to launch a drone to check on their cows or agriculture than to cover the miles by foot or truck."

Though as of last fall the sky above the silos Air Force Base wasn't restricted, it isn't clear whether or not the new policy has changed that.

All that is clear is that any drone user should be cautious when flying near any military base and, if possible, avoid flying near one all together.