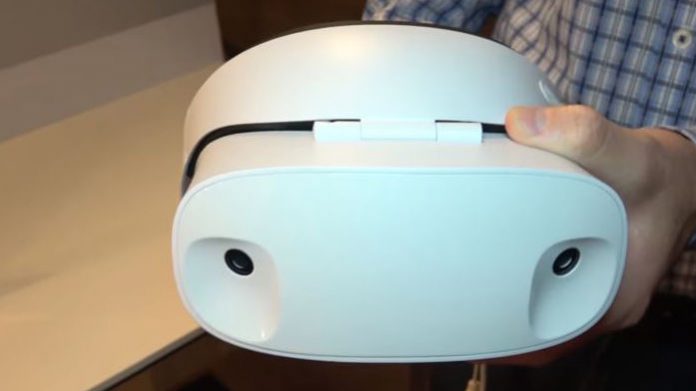 Dell announced back in May that their internal teams, XPS and Alienware, were building an affordable VR headset for the 2017 holidays. Dell has now specified that their headsets will be available to the public this October for 349 dollars.

This pricing choice is interesting because it is not all that different from other companies’ headset prices, for instance the Oculus Rift, with controllers can be bought for 399 dollars. The Dell headset with two controllers costs 449 dollars. It’s unfortunate that Dell’s pricing doesn’t look much different from their VR competition, as that could have been used to leverage consumers away from Oculus, the leader in the VR space.

With the pricing announcement comes more questions. We don’t yet know exactly what Dell’s headset is suppose to do or why a steeper investment is justified. Higher pricing would make sense if their headsets offer something beyond what their competitors do, but we can’t tell until more information is released. We do know, however, that the headset is suppose to be include a weight balanced headband, replaceable cushions, cable routing, and a flip up visor.

Jacob Kastrenakes, from The Verge, got a chance to wear Dell’s visor, writing “I got to try on the Dell Visor during a briefing earlier this month — though the headset wasn’t actually turned on, so I was just staring at a dark screen. What I can say so far is that it’s fairly light and comfortable for a VR headset, and Dell has done a good job of making the Visor easy to adjust (there’s a wheel on the back, kind of like a bike helmet) and to slip in and out of. You can actually flip the headset up while it’s still on your face, in case you want to quickly see what’s going on in front of you.”

The market for VR now a days are become pretty heated, so let's hope that Dell is able to bring something new and interesting to the table in terms of VR technology.